A Snapshot of Life in mid 20th century Harpenden

One month's groceries for less than £3

This invoice, dated 1923, from T. Simons & Son, Grocer was amongst several others in the LHS archives from Miss Helen Edith Tibbatts, and give us a glimpse of her family’s life in Harpenden. The invoice shows the goods were purchased on account – as well as the family’s penchant for jam and marmalade!

Miss Tibbatts, born 1913, lived at “Berbice”, No 19 Ox Lane with her parents, Edith and George King Tibbatts. Mr Tibbatts was the Manager of The Finsbury Park branch of the London & County Bank. He was active locally in Conservative politics, The Good Companions and was a founder member of Harpenden Common Golf Club. 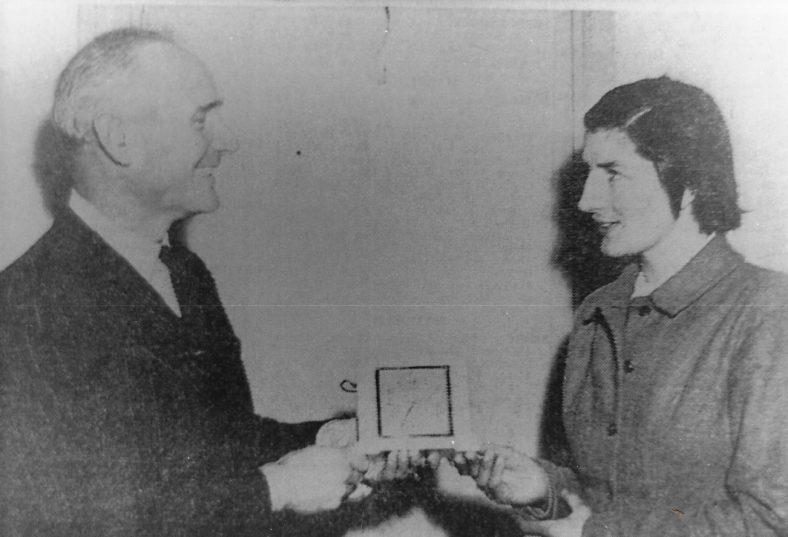 Following the death of her parents – her father died in 1954 – Miss Tibbatts became the householder. She was a member of staff at Manland School, leaving there about 1959, and became a Registered Chiropodist in 1964.

Other invoices from the Tibbatts’ include those for coal for heating and the inevitable requirement for the services of a chimney sweep, as well as for gas and rates. One invoice shows Miss Tibbatts purchased a car in 1955 for the grand total of £553, including taxes – and complete with 7 gallons of petrol. 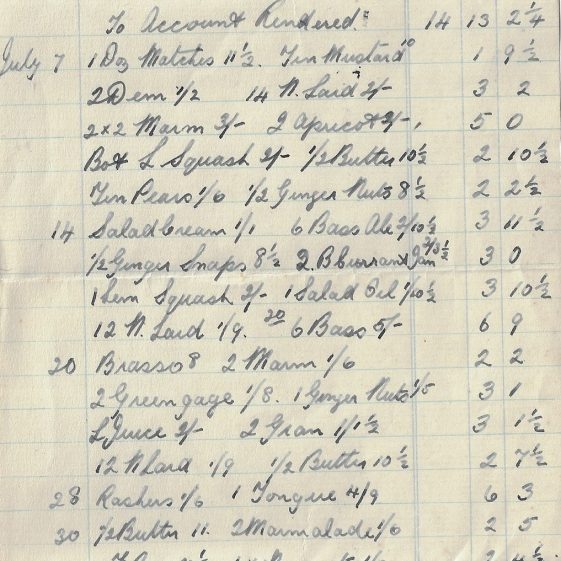 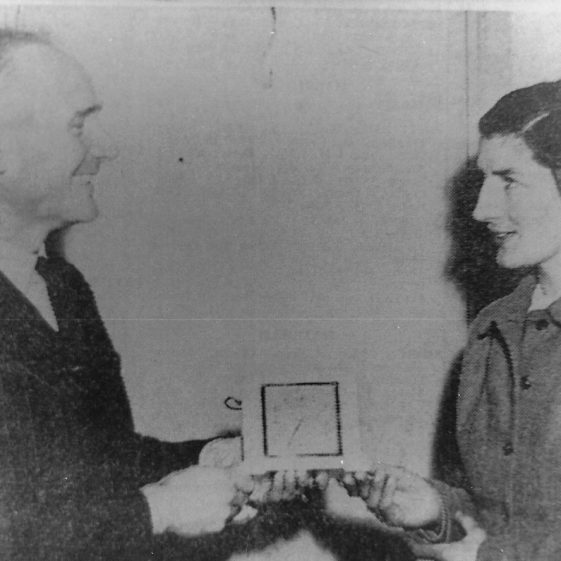 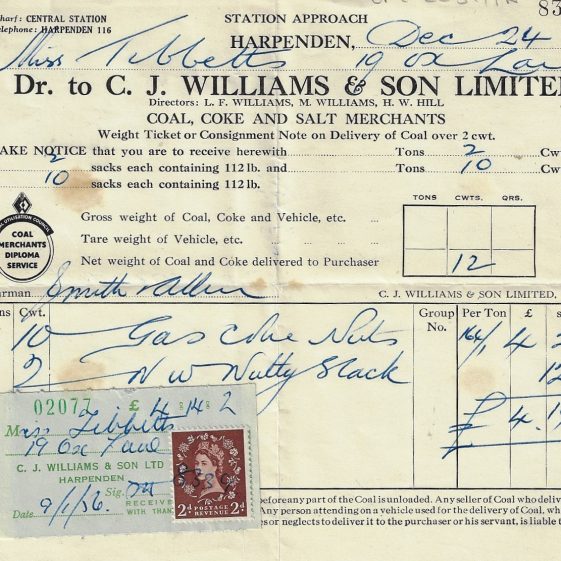 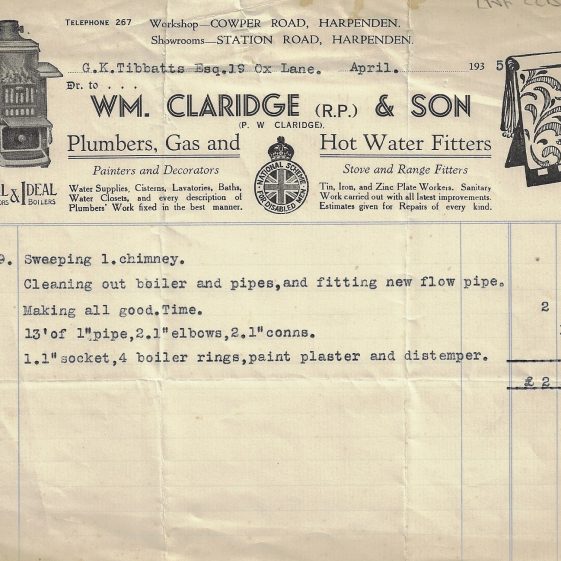 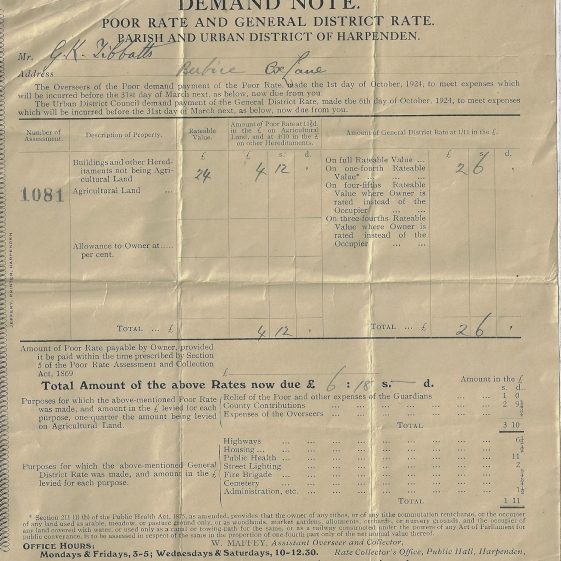 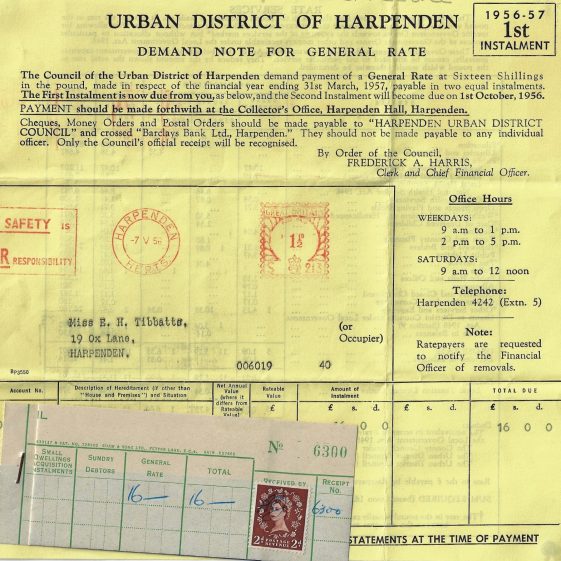 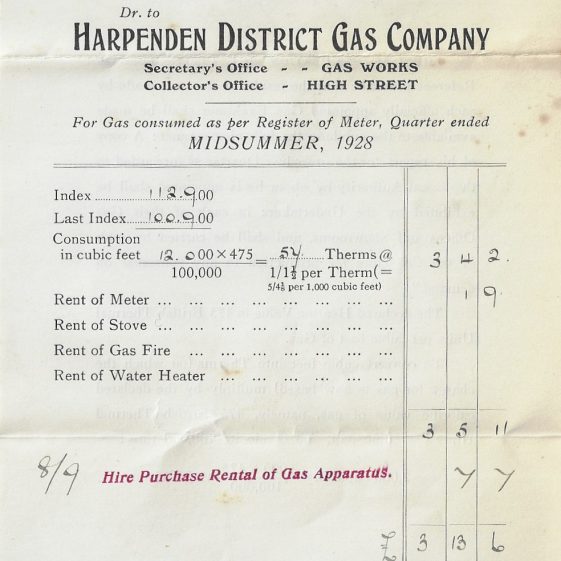 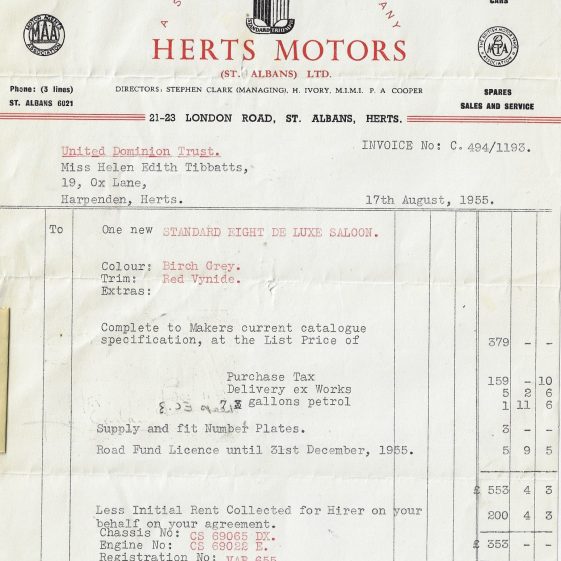