Report of a talk to the Society at the Society's meeting held on 26 January 2016. 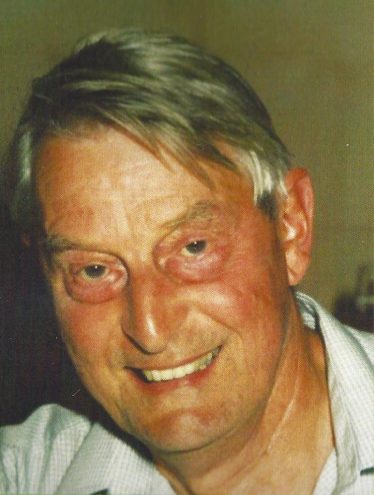 John Seabrook is a descendant of two local families, the Seabrooks and the Halseys, both originally from Redbourn. The Seabrooks farmed lands from Redbourn in the west to Wheathampstead in the east, while the Halseys were woodmen eventually based on Hatching Green. John was born in Harpenden in 1932 and the same year the family moved from Hatching Green to newly-built Longfield Road, so he grew up in what was then called the Bowling Alley.

He described his talk as a nostalgic looking-back at the days of his youth, when almost everything that happened in Harpenden was local in origin with local people involved, introducing the subject with an iconic picture of gleaners, including his mother and grandmother, following the harvest of wheat on Harpenden Common in September, 1946.

From his boyhood memories of the Scout Roll of Honour of those who served in the Second World War he moved to the difficulties of providing housing to returning ex-servicemen, which provoked squatting in old army huts for some and rooms in the former prisoner-of-war camp at Batford for others.

With numerous photographs and cuttings from the Harpenden Free Press, where he worked as a reporter, he showed the eventual progress of new housing, especially the large Batford Estate and the growth of housing for sale by local builders before the major development companies were involved.

He recalled the dominance of local affairs in this period, first by Miss Evelyn Busby and then by Frederick Norman Gingell, including several amusing recollections of controversies of the times.

The talk included a selection of photographs of the Village in the 1950s, with the growth of traffic, the chaos of unregulated parking and modernisation of shops, linked to the campaigning role of the Free Press under its founder-editor Bob Lovegrove. John concluded with the successful outcome of the fight to make local council representation more responsive to the various districts of Harpenden by its division into wards. The first blow was struck in a comment by ‘The Gleaner’ in 1947 and the conclusion was the first local election by wards in 1961, when John Seabrook was himself elected a councillor on top of the poll in the South Ward, which included his old home at the Bowling Alley.