The Growth of Harpenden 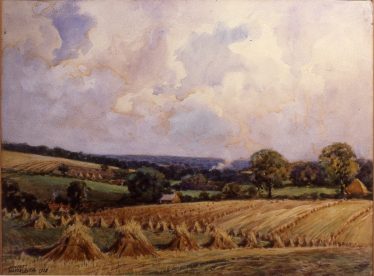 To see the original article prepared in 1975 please click here.

The previous article was written in 1975.  Since then the population has increased by about 4,500 and just under 3,000 new houses have been built.  The greater part of these have been on the south eastern fringes of Harpenden – Aldwickbury estate, Alzey Gardens, Cross Farm, and Eastmoor Park between Cravells Road and Cross Lane, with extensions to Beeson End.  At the northern end, in the Wood End area, Greatfield Close and Carpenders Close were built off an extended Tuffnells Way.  There has been a lot of infilling, as mentioned earlier.  Examples of this can be seen in several areas.

Poets Corner in Milton Road; the Waterglade estate with Sir Joseph’s Walk, opposite the Silver Cup; Southgate Court, off Luton Road; Lydekker Park; The Spinney, off Tintern Close; Dickinson’s Field, off Cravells Road; at the bottom of Roundwood Lane, replacing the garage; Hollybush Crescent, off Westfield Road; Hawthorn Park, off Harpenden Rise, on the old “Which” site; and a small development with two houses at the end of High Elms, West Common.

On a smaller scale, a single or pair of houses has been pulled down to be replaced by a block of flats.  These can be seen all over Harpenden; they are often named Courts.  Examples are Balfour Court, opposite All Saints Church;Jubilee Court at the bottom of Pickford Hill at Batford; Martham Court off Manland Avenue; Beech, Bond and Bridge Courts, at the Old Bell.  There are also The Putterills, off Thompsons Close, and Southdown House near Skew Bridge.

The 1991 Census has a table showing houses by type:

Another table shows houses by ownership. The figures do not quite tally, because this table covers only people actually present on census night; residents who were away are not included.