Adam Smith began by explaining that not all metal windows were made by Crittall but they were the most well known. 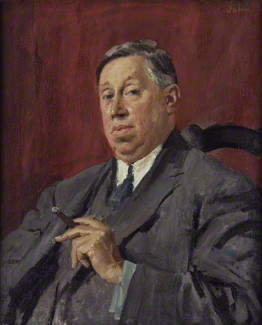 Francis Henry Crittall who was born in 1860 was a self made man. He was the second son among the ten children of Francis Berrington Crittall who kept an ironmongery business in Braintree. Francis was sent to boarding school in Braintree and later in Witham leaving at sixteen to work in the family business. Three years later his father died and his elder brother Richard inherited the business. Francis continued to work with him for two more years before moving to Birmingham where his horizons expanded rapidly. Francis learned how a business was run, met his wife to be Ellen Carter, and that there was more to Christianity than the strict Non-Conformity that he had been brought up in. After a year he bought an ironmongery shop in Chester, with his friend Newman, using the £1,000 he had inherited from his father.

In 1883 Richard wanted to give up the Braintree works so he sold the business to Francis who needed more money and found Arthur Dyer, a local grocer, who was prepared to invest £4,000 in Francis’ business. He remained a shareholder receiving £80,000 from it over forty years. Francis could now afford to marry Ellen as there was accommodation above the shop. In the yard behind the shop Francis expanded the manufacturing side making all sorts of metal goods ranging from bridges to bicycles.
Traditional windows in wrought iron within hinged casements were heavy but as mass produced steel became available thinner frames were possible. The workshop became overcrowded and Francis built a new factory near Witham.

He paid well and installed heating in the factory together with electric light to improve conditions. They were still producing bespoke windows mainly for the commercial world. Courtaulds in Bocking, was a big customer and they made windows for the Titanic.

Francis’ son Valentine was in India on a sales drive in 1915 and went on to the USA where he saw firms making shells for Britain. He returned and badgered the British government to allow Crittalls, as part of the East Anglian group of manufacturers, to make armaments which they had not been approved to do. They were granted permission and the factory began production with the work mainly done by women. Crittalls saved the government thousands of pounds by cutting the amount they had been paying for shells by half.

During the 1920s and 1930s the business was greatly expanded due to the demand for mass produced standard size windows which offered no sashes and more light. and the Manor Works was built near Braintree.

With the business still growing Francis’ second son Walter Francis known as ‘Pink’ had an idea for a model village with another factory. Silver End was born. One of the first purpose built villages, it offered work, modern houses, a school, playing fields, shops, a bus service, a hotel and a village hall. The hall was adorned with paintings of ‘Old Iron’ – long standing employees of Crittalls. Francis concentrated on light work suitable for the workforce which was claimed to be 90% disabled. 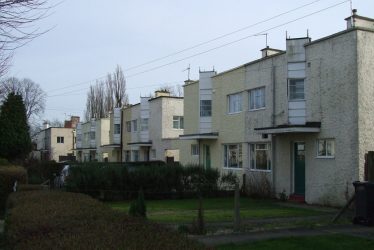 Silver End was visually attractive thanks to the artistic ‘Pink’ and Thomas Tait the architect. They built low density housing and bungalows for the disabled. There were pitched and flat roofed semis all with big gardens. Workers could buy their houses on a mortgage. For the management four individual detached houses were erected. Potential window buyers could see all shapes and sizes in both traditional and modern homes.

Commercial work flourished alongside the houses. Broadcasting House, built in 1932, features Crittall windows as did many large office blocks, and luxury yachts. When Francis died in 1935 the company employed over 10,000 people in four factories.

This quiet philanthropist established a community which remains although the factory closed in the 1970s. The business has seen several changes of ownership and is now concentrated in Braintree.