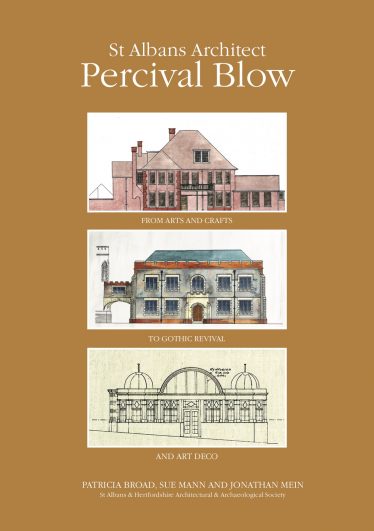 This carefully researched and beautifully produced book was launched in St Albans on 5 September 2019, by St Albans & Hertfordshire Architectural and Archaeological Society (SAHAAS).

Patricia Broad, Sue Mann and Jonathan Mein, supported by other members of the Society, and greatly assisted by Christopher Blow, the architect grandson of Percival Blow, have traced his extensive work in St Albans and Harpenden, and commissions elsewhere.

Percival Blow was born in St Albans on 18 January 1873 where he lived until his death in 1939. In 1898 at the age of 25 he launched his professional career as an architect, having gained Associate Membership of the Royal Institute of British Architects (RIBA). He based his practice in his home city of St Albans, opening additional offices in Harpenden (at 4 Church Green) and Luton as work commissions dictated.

His earliest work from 1897 onwards was residential, but in 1907 he was commissioned to design the Assembly Hall building for St Albans School, which led to many other institutional and commercial buildings. He had already completed what would become a wide range of buildings for businesses and shops, starting with a Straw Hat factory in Beaconsfield Road, St Albans (1903). He would go on to design a range of retail and bank buildings, including office premises (1911) and the exhibition hall (1931, now Cafe Rouge) for Ryder & Son in Holywell Hill.

In St Albans his residential work is to be found particularly around Clarence Road and in the Hall Place Estate, while in Harpenden he designed many houses on the St Nicholas estate (the Avenues) between 1899 and 1910, as well St Andrew’s Lodge, 7 Southdown Road (1910), 34 Station Road (1912 – currently Harpenden Fish and Chips) and Barclays Bank (1923). The book contains a list of all known designs – some of which may not have been built, and the authors will welcome additions and corrections.

The gallery of photos below celebrates known Harpenden commissions. However, it is likely that more could come to light and we hope that owners of similar houses will search for information in their deeds, so that Percival Blow’s contribution to Harpenden’s built environment can be more fully appreciated.

We would appreciate more information to add to the captions. If you want to add a Comment about a particular building, please do so to the main page. 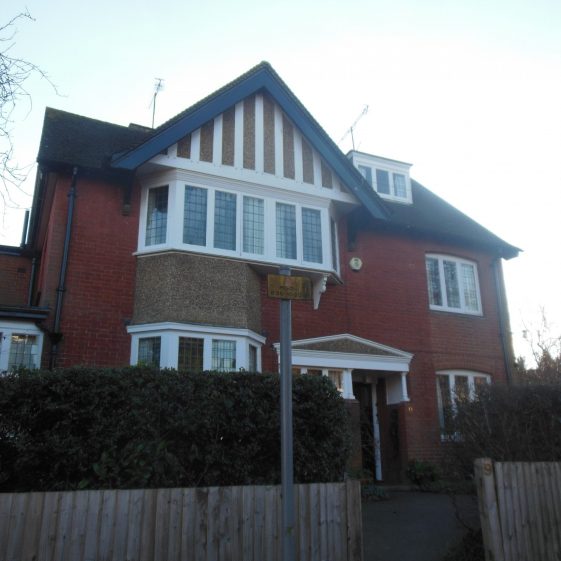 The Rectory, 9 Rothamsted Avenue, 1899 - the designs for this were exhibited at the Royal Academy Architecture exhibition in 1900.
R Ross 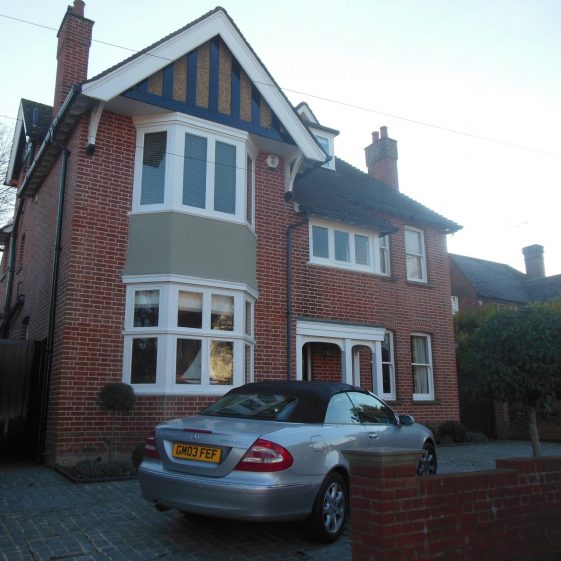 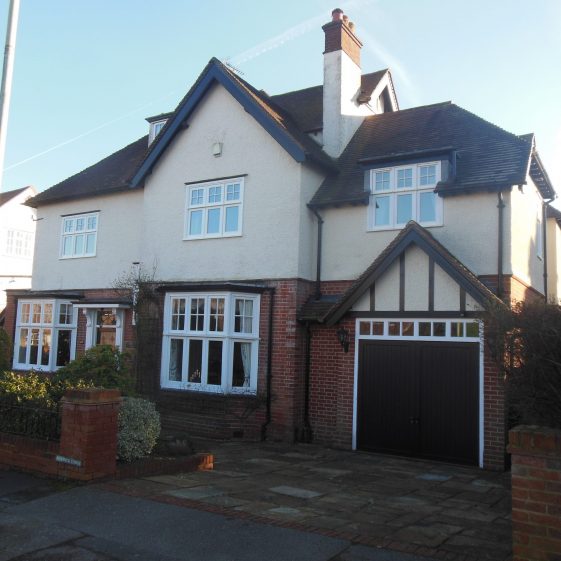 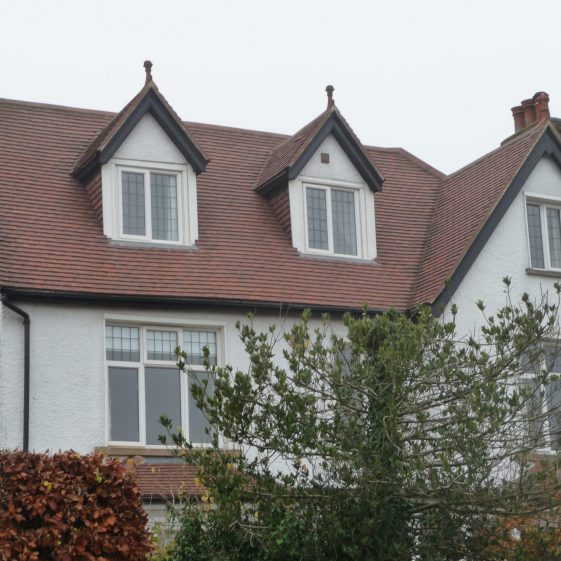 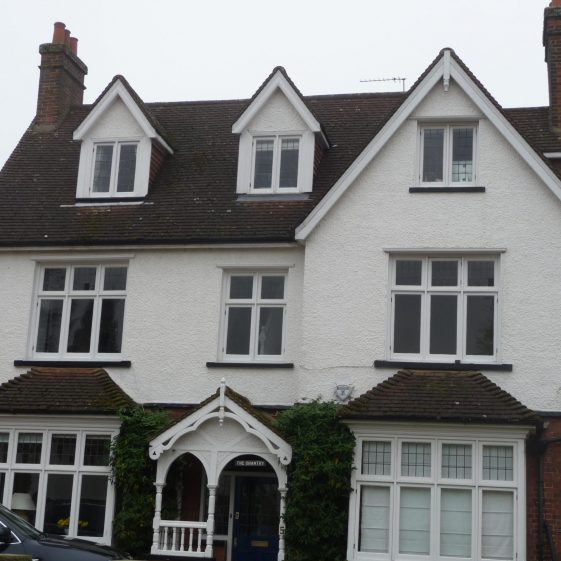 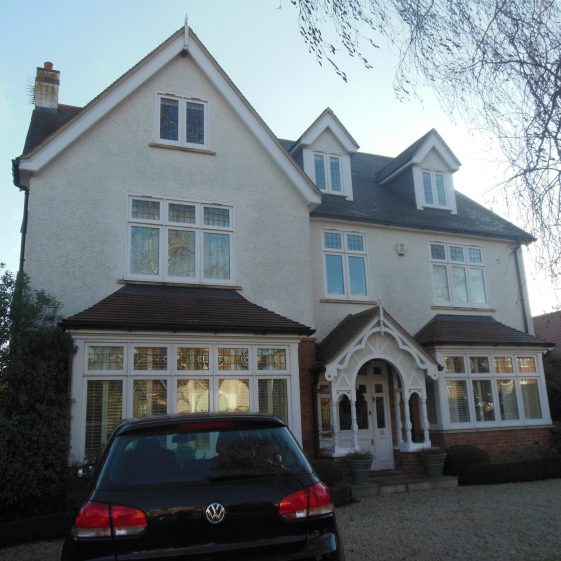 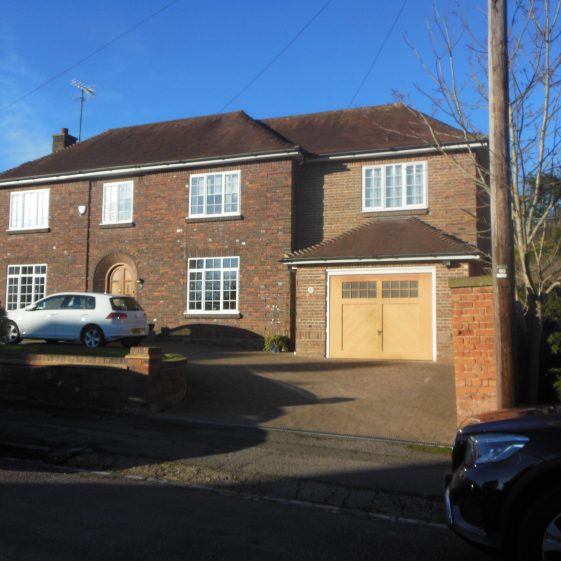 20 Kirkwick Avenue, as designed by Henry Steers c.1903, has been demolished and rebuilt. Are there any surviving photos of the original house?
R Ross, December 2018 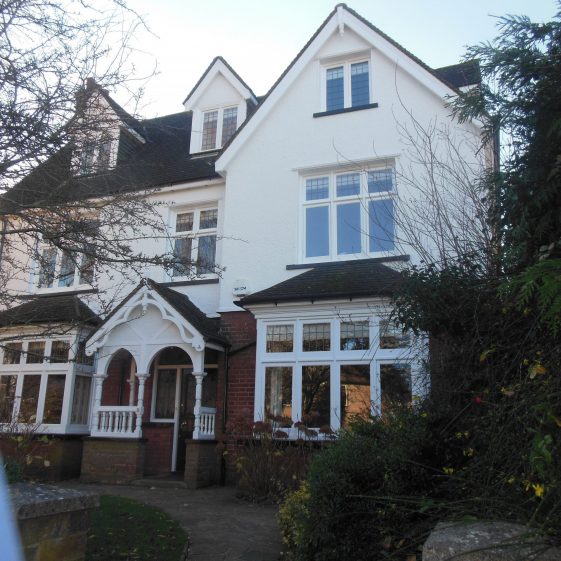 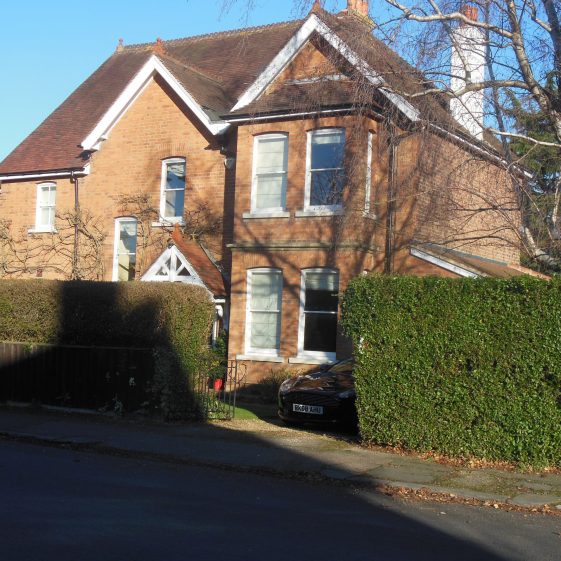 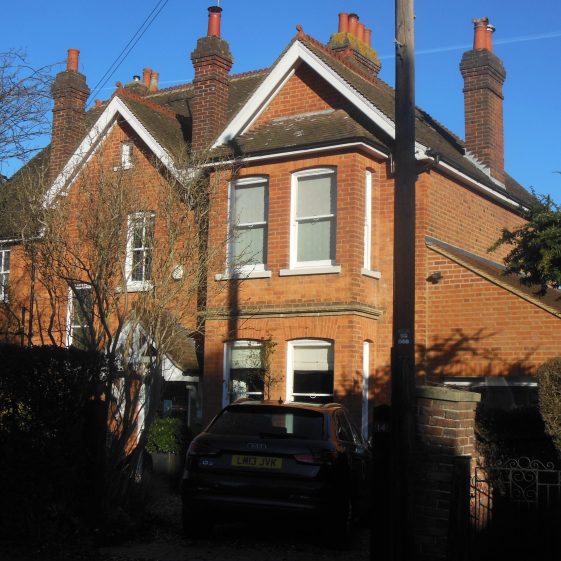 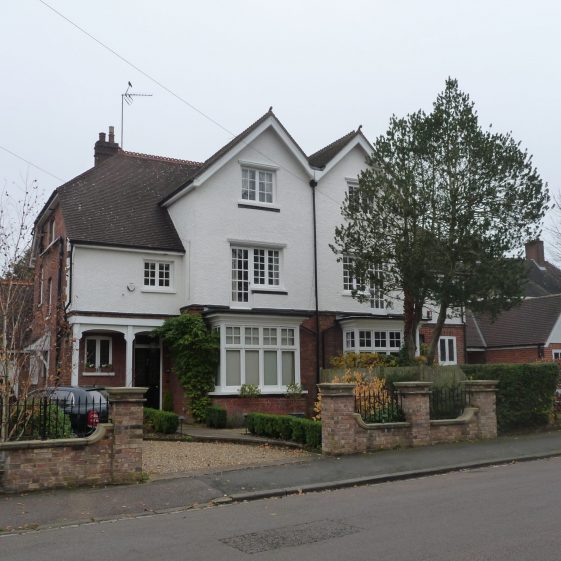 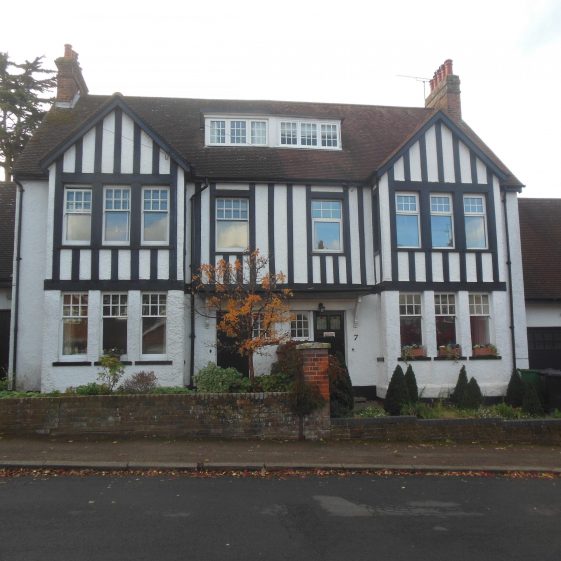 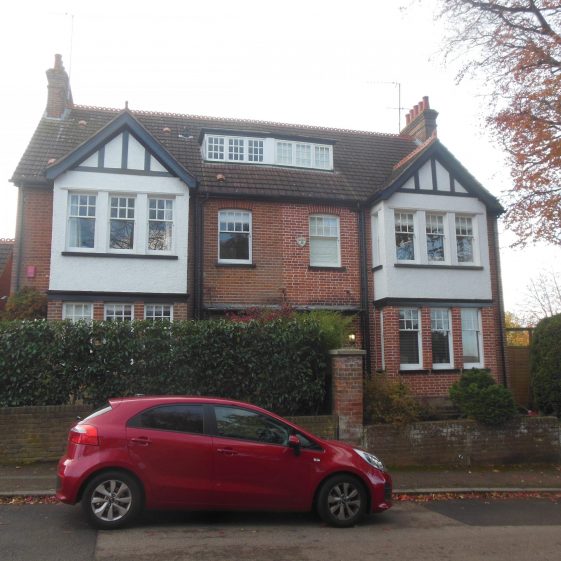 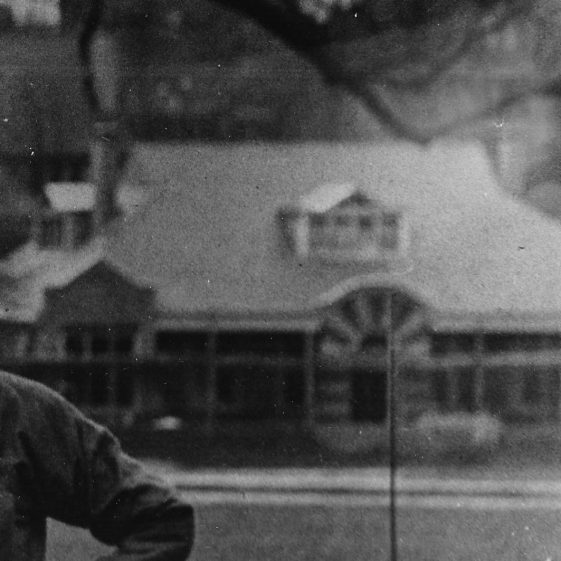 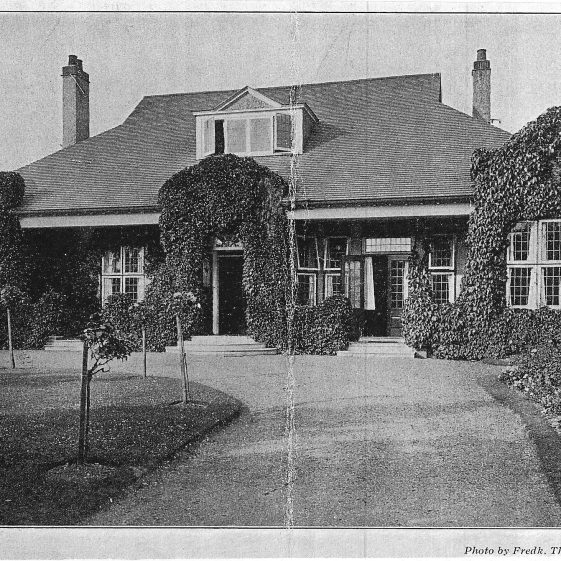 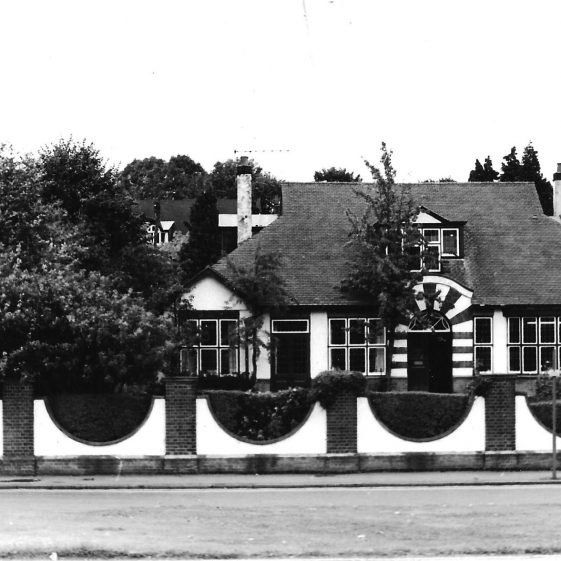 St Andrew's Lodge, 7 Southdown Road, c.1970. the Iron railings in front of the hedge had been removed during WWII
LHS archives - LHS 5687 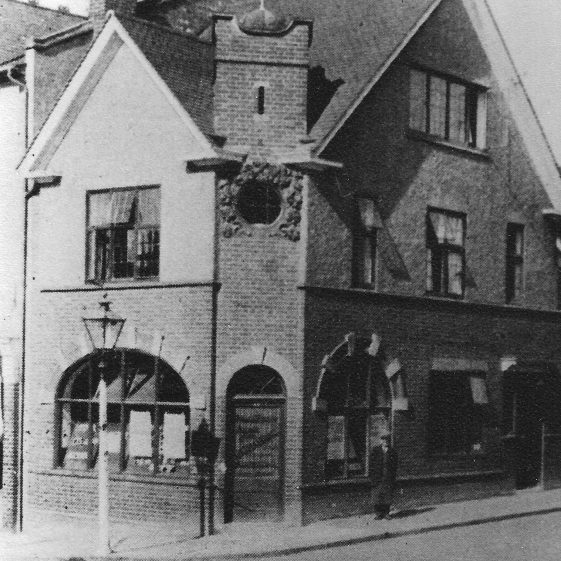 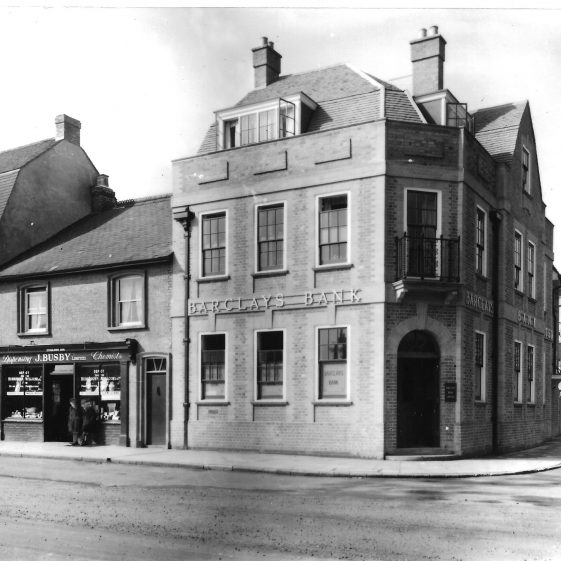