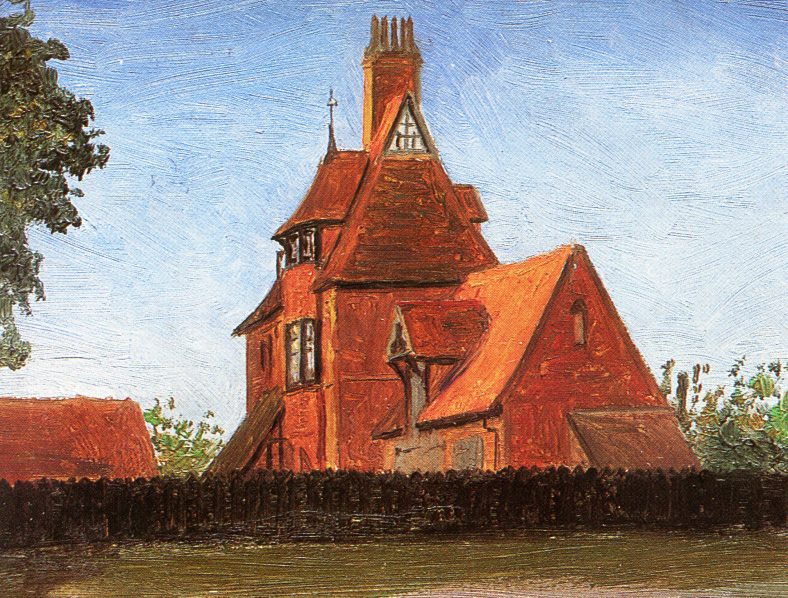 In 1867 Ellen Terry eloped to Harpenden with Edward William Godwin, an architect. They first lived in a cottage on Gustard Wood Common, where Godwin worked on the plans for the house they subsequently built at Fallowsgreen – Pigeonwick. 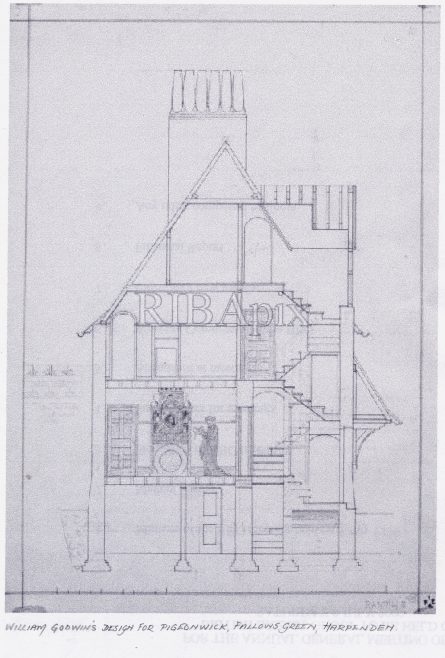 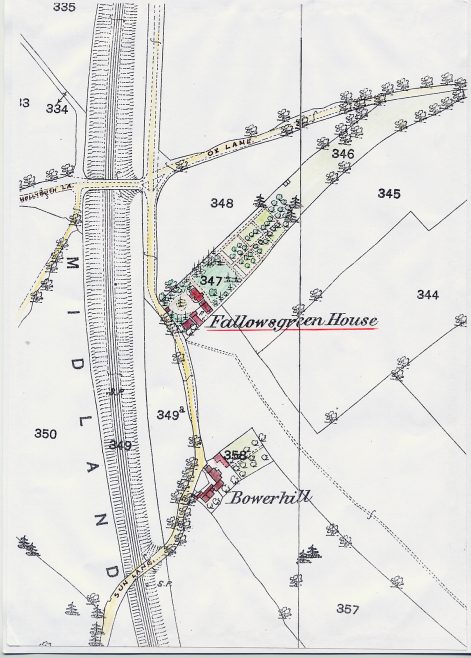 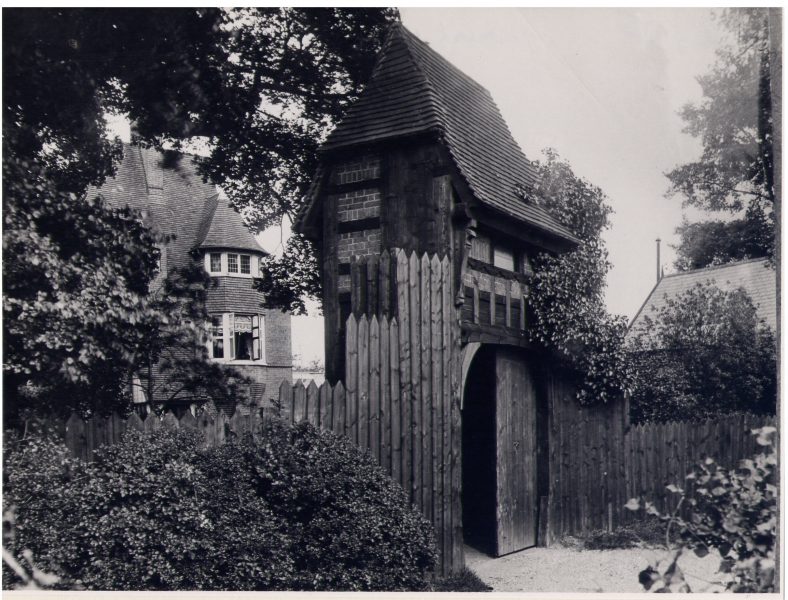 Pigeonwick with gatehouse, by F Thurston 1904

The house passed through various owners. By 1926 the ivy-covered gatehouse had fallen into disrepair and was demolished. 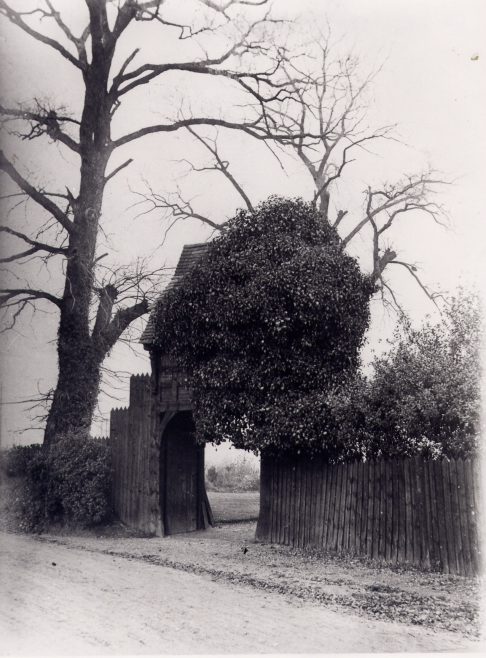 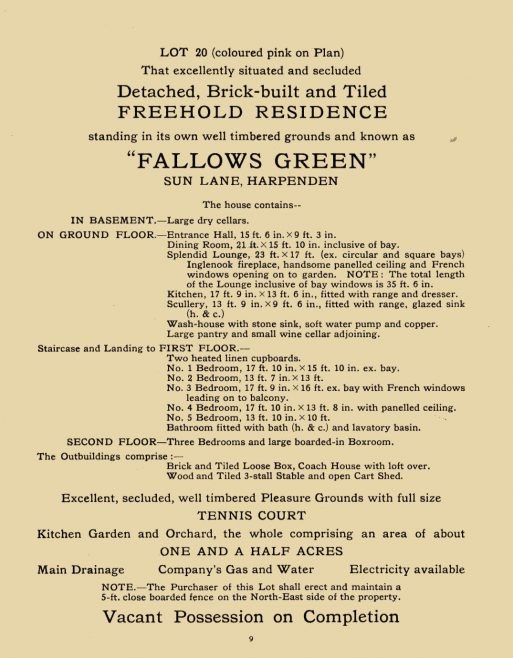 In the 1960s the house was demolished, not long before it reached its centenary. 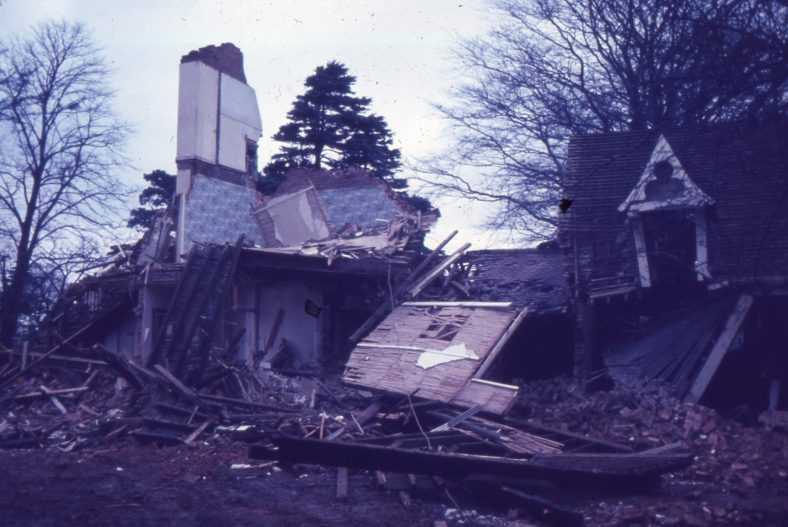 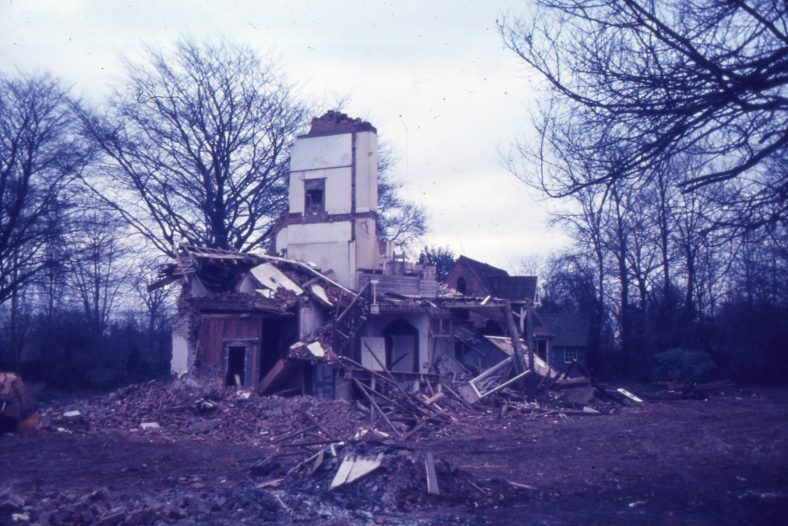 A cul-de-sac named after the house (which was sometimes known as Fallowsgreen House) was built in 1967.