The brochure which attracted Halley Stewart to buy 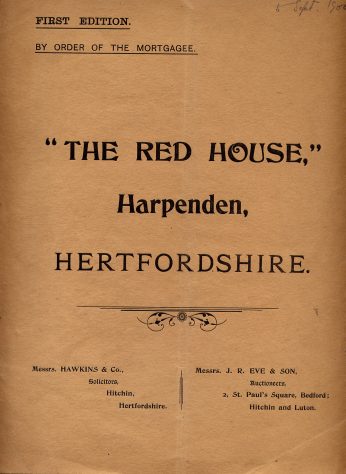 This auction brochure, one of several in our archives, describes what was expected of an Edwardian residence, with grounds and outbuildings – the details are shown below. Sir Halley Stewart made The Red House his home from 1904 to 1937. The auction was held in the City of London, and the property was described as “in every way adapted to a City gentleman’s occupation … and having an excellent train service”. 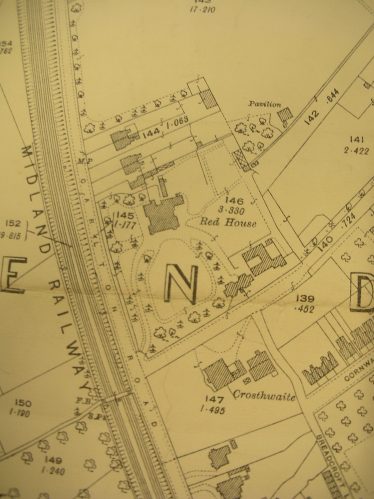 The outline of house and outbuildings are shown on the 1898 OS map, including the coachhouse and gateway, with entrance from what is now Stewart Road. Traces of the blocked entrance can still be seen behind dense undergrowth – see the photos and map at the bottom. Does anyone have photographs of the entrance in its original glory?

Some of the outbuildings alongside Stewart Road were demolished when “The Stewarts” was built in the 1990s. 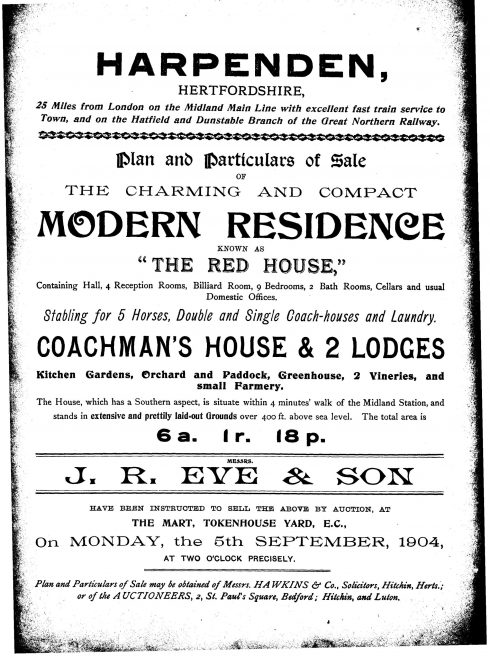 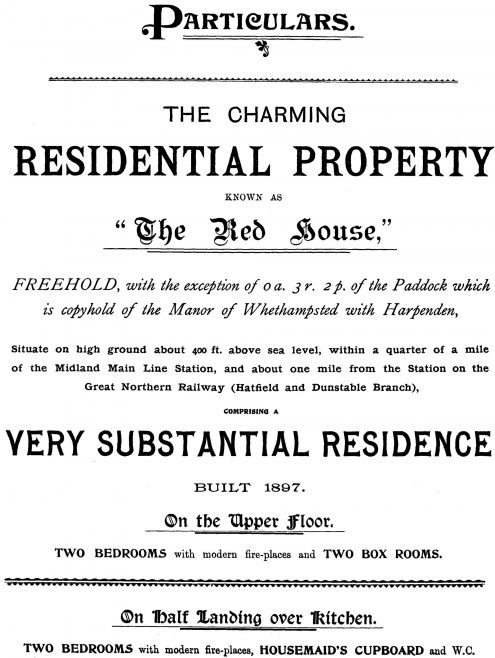 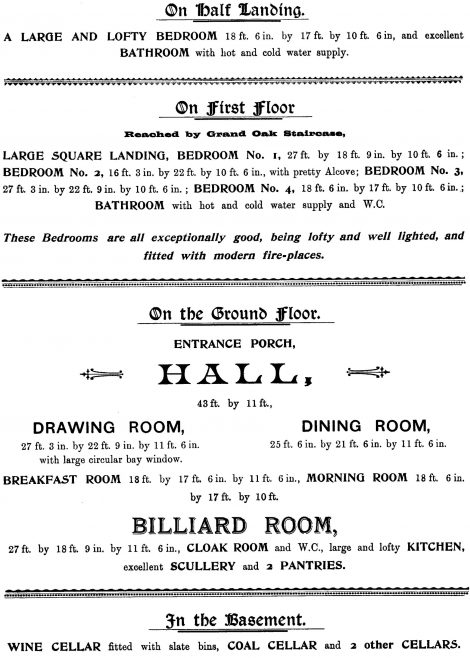 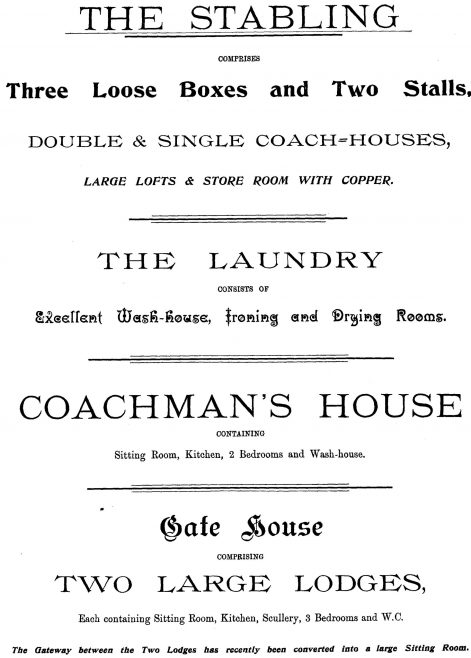 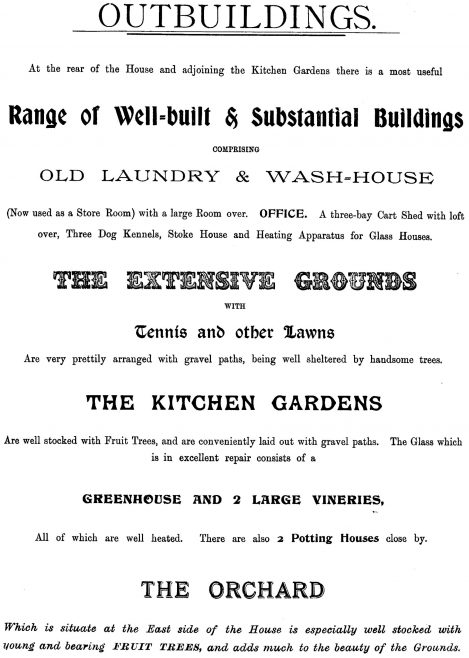 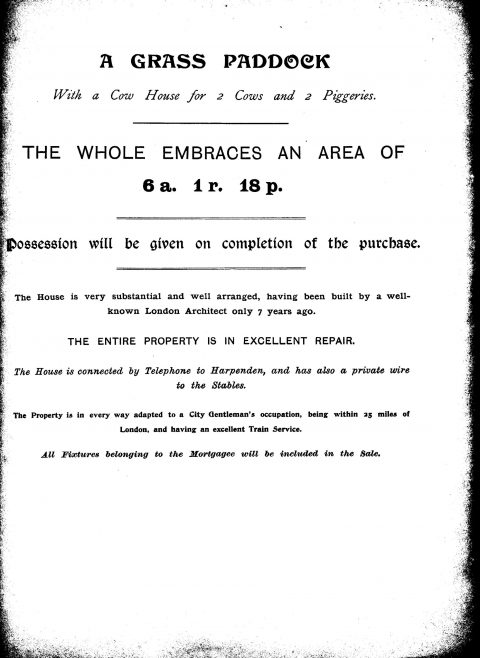 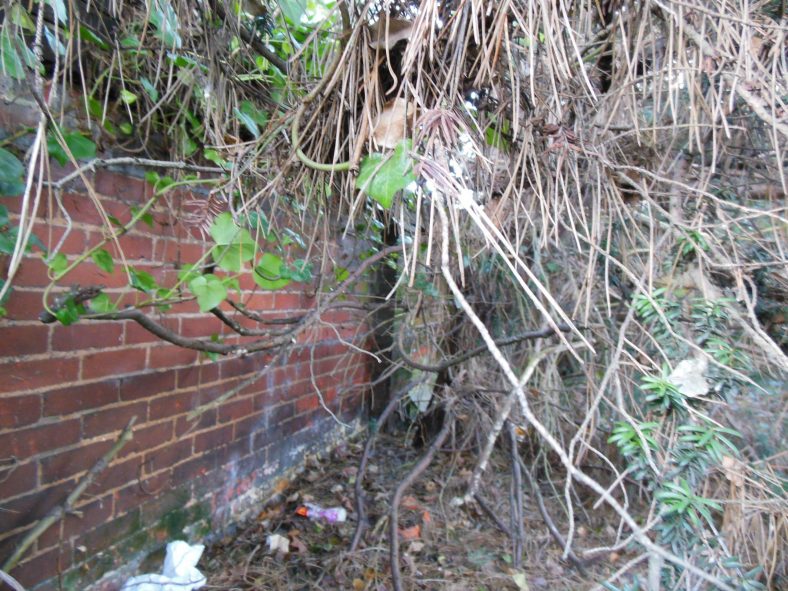 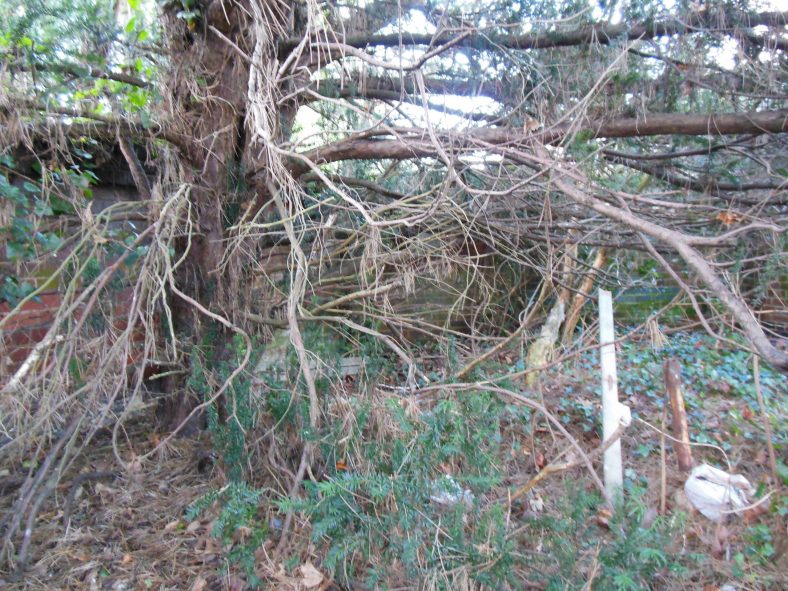