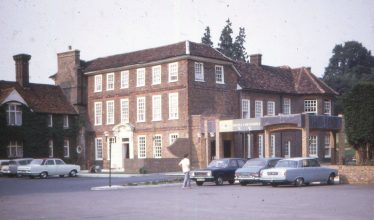 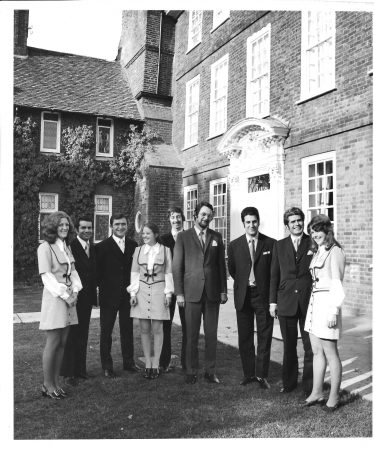 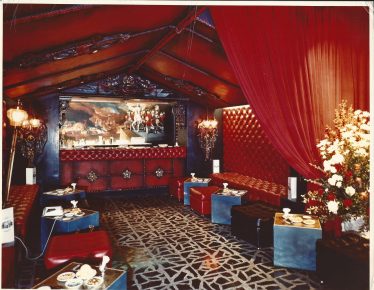 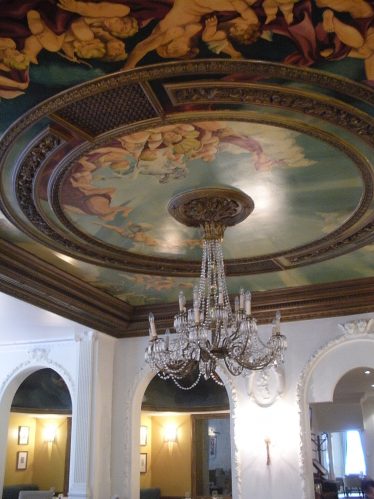 From a transcript of the article in Herts Countryside in LHS archives RB 25.10.8

When St Dominic’s Convent, Harpenden was purchased in 1970 by the Moat House group for conversion into one of their super-luxury hotels for which they are renowned, few people could have visualised that the transformation of the 300-year-old building could have been done with such remarkable taste and dignity.

Built in the Georgian era, the building is listed as being of architectural and historical interest and in order to maintain its character no expense was spared. In fact over £600,000 was spent on its conversion, making the Moat House in Harpenden one of the most costly hotels in the country in relation to its size.

Occupying a superb position facing the East Common an open space of some of some 2½ acres, the Moat House has five single rooms, fourteen twin and double rooms, fourteen garden suites and three luxury apartments. The living accommodation is supplemented by an excellent restaurant, a beautifully decorated and comfortably furnished lounge, and an exclusive Campaign bar.

Wherever one sets foot in the Moat House the atmosphere is one of gracious living, whether one picks on the restaurant with its painted ceiling done in the Italian Renaissance style, cosy alcoves with domed ceilings, antique mirrors, rich lilac curtains, elegant Georgian-style furniture set on a deep rich blue carpet, or the restful elegance of the residents lounge with its oak panelled cosiness and the choice selection of books, or the plush and pleasing décor of the reception area which sets the tone for the whole building, or the warmth of the Campaign bar with its mural depicting the battle of Gibraltar and its marvellous array of spirits, liqueurs, wines and beers, not to mention the specially devised Pearson cocktail list all bearing names that have some connection with the capture of the Rock fortress of the Mediterranean.

But what’s it like for anyone who wants to spend a night or maybe a weekend or even longer at the Moat House? Let’s take a peep into one of the double bed-rooms within the Old House. Here you will find unrivalled comfort and an array of services which put most other hotels in the shade. There’s an ensuite bathroom and shower, colour television, telephone, trouser press, writing desk and individual decor to each room. What a rare pleasure to find oneself in such lavish surroundings. Double bedrooms cost £9 a day, singles £5.50 to £6.50.

Perhaps you prefer a garden suite, one of the rooms in the new wing. Here the rooms comprise a separate lounge area where you can either watch colour television, indulge in a drink from your own private bar, or listen to the wireless from a superb multi-tone radio. Naturally you have your own private bathroom, wc and shower. For £12 a day one can experience the standard of comfort comparable to a five-star hotel.

And if you are a family man you can always have one of three luxury executive suites, each of which comprise two double bedrooms, separate lounge, fully equipped kitchen/dinette, private bathroom, wc and shower. The suite is superbly furnished, and is obtainable for the moderate cost of £13.50 for two or £18.50 for four. It offers a luxurious haven for the visitor who wants to spend a few days in the area, or for a prolonged visit.

But a hotel is not merely a place where one can rest one’s weary bones. Its reputation depends on service and good food. Let’s take service first. At the Moat House the management offers you round-the-clock service, shoe-cleaning, medical and dental treatment if that is necessary, theatre and cinema tickets can be booked, typewriters are available for the business man or full secretarial service if necessary, foreign money can be exchanged, and since nine languages are normally spoken by staff in the hotel there’s no trouble in making one’s wishes known. Prompt service is guaranteed, whether it be ironing, drying or baby minding.

When it comes to food the Moat House is in a class by itself. Even a gourmet will admit that the exotic choice of foods (presented attractively in the menu) is sufficient to make the most experienced diner’s mouth water.

The article continues with detailed extracts from the menu.

Just recently the Moat House have introduced a luncheon table d’hote (£1.75) designed for the harassed businessman, and this month a new Hogarth three-course table d’hote dinner menu (£2.50) will make its bow. Contact us for details of typical 1970s fare.

Mr Paul Pearson, the hotel manager, tells me that the table d’hote menu will in no way mean a lowering of the high standards of cuisine. On the other hand he feels certain that the excellence of the food will serve as an introduction to the wider pleasures of the Moat House.

Mr Pearson, aged 31, was manager of the 100-bed Overcliff Hotel, Westcliff-on-Sea, before joining the Moat House group. The restaurant manager is Senor Franco de Pasquali, who has vast Continental and London experience, his last appointment was with the Royal Garden Hotel, and the head chef is Norman Rushton, who has served with some of the best known London hotels, including Quagliano’s, the Mirabelle and Carlton Towers.