A Mission Change Protecting the Past updated 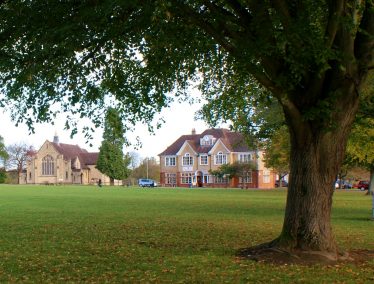 For me the excitement and mystery of Christmas in normal years begins with the string musicians of the Kings Chamber Orchestra playing whilst processing slowly through the candlelit aisles of the chapel at Highfield Oval, the former National Childrens’ Home (NCH) in my home town of Harpenden. Due to Covid this December’s Christmas concert will be a substitute remote streaming.

The Kings Chamber Orchestra was formed over 25 years ago by cellist Gerard Le Feuvre, then living in Harpenden, and comprises distinguished professional orchestra players who are friends and committed Christians with a particularly innovative approach to classical music. They perform as KCO usually 40 times a year but the first, and longest running unbroken series, has been to support the work of Youth With a Mission (YWAM) the occupiers, and subsequently owners, of the Oval site since National Childrens’ Home closed it in 1985 following the country’s changed approach to children in care.  It had been the largest NCH home in the country and, for a while, became its Head Office.  Today the very active Methodist charity is known as Action for Children. 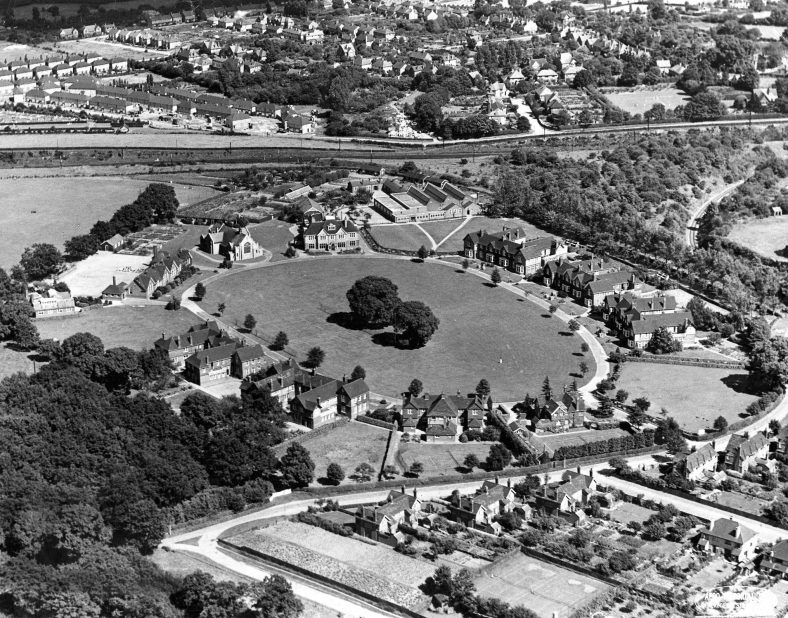 The site, pictured in the 1950s and today as YWAM, was a traditional childrens’ home garden village.   Spaced around a large green oval were the separate houses, each for between 12 and 20 boys or girls – girls’ houses on the left and boys’ opposite – each under the care of two Methodist Sisters, and later house parents.

At the top of the oval was the administrative building, a junior school, the chapel and, to one side, the ‘factory’ where children were prepared for the world of work with training for carpentry, joinery, printing and other skills. There was a small hospital on site plus a bakery and laundry and a farm school. The whole comprised a largely self- sufficient community, which, at its height was home to 200 children plus a sanatorium next door for TB sufferers.

Highfield Oval was opened in 1912 on 48 acres made available by Sir John Blundell Maple (Maples Furnishers of Tottenham Court Road). The chapel, replacing an earlier structure in 1928, was gifted by Joseph Rank, the milling tycoon (father of J. Arthur Rank) and its stained glass windows were the work of another prominent Methodist, Harpenden born artist Frank O Salisbury whose work can also be seen in the High Street Methodist Church.  Although stained glass was his first love, he is better known for his portraiture including six American  presidents, that of Franklin D Roosevelt is on permanent display in The White House, and more portraits of Sir Winston Churchill than any other artist. His ‘Blood, Sweat and Tears’ and ‘The Siren Suit’ are instantly recognisable; the latter welcomes visitors to Chartwell, Churchill’s home in Kent owned by the National Trust.

Youth With a Mission, an international volunteer mission movement, whose disciples assist in relief and development work throughout the world was founded in the USA in 1960 and had an established base in Sussex which it had had to give up and was operating from a temporary home in London whilst searching for over 2 years for a suitable UK home for its mission training of young people from all over the world who are funded by their local churches. Normally 360 trainees a year for varying lengths including some Foundation Degrees for the University of the Nations.

Highfield Oval came into their sights and met all their needs. However NCH’s obligations to the Charity Commission and its donors demanded that the site realise its maximum price which in a desirable commuter town like Harpenden meant development for building homes. The stumbling block to that was the conservation status and listing of the Childrens’ Home which effectively prevented change and certainly housing development although its value as such would have been amazing even at 1986 prices – today the average home price in Harpenden possibly exceeds £850,000.

YWAM moved in on a rental basis and purchased in 1993 for £2.1m. Right up to the contracts exchange date there were doubts over whether the last half million could be found but there was no lack of faith by YWAM which raised the additional funding on time!   The agreement did cover a sharing of profit in the event of sale for housing within the first 10 years.

Apart from its mainstream work YWAM has become known for hosting new initiatives such as Mercy Ships and Orphans Know More. The former’s UK base at YWAM Harpenden started in 1996 and later was spun off as a standalone charity but YWAM has continued the work itself with smaller ships combining surgical and medical aid with evangelism, manned by volunteers doing spells from 2 weeks to 2 years. Orphans Know More supports 25 Ugandan families to adopt orphans and vulnerable children, many affected by AIDS and wars: over 200 have benefitted.

YWAM has great plans for the future of Highfield Oval to expand and enhance its capacity to train, house staff and run events. When eventually completed the transformation will treble capacity and see thousands more people become equipped for Christian service. For Harpenden it should guarantee living retention of a unique historic site which in non-Covid times welcomes visitors and hosts a café which tops the popularity stakes with many local mums and kids as well as being the meeting place for YWAM staff and students from all over the world who stay in the original houses. 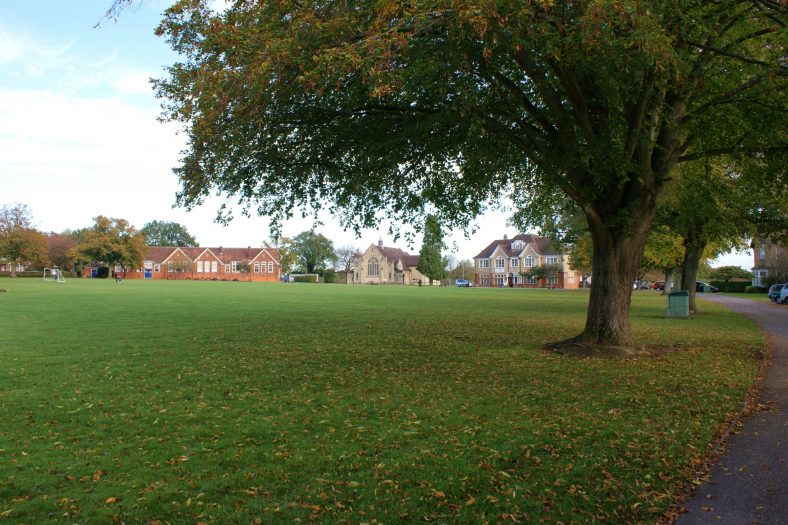 In my introduction I highlighted the work of Gerard Le Feuvre and the Kings’ Chamber Orchestra.  It was Gerard’s experience, he has shared with me, as the child of an orphan and the loss of a sibling that propelled him to form KCO which functions as a family with shared beliefs. His father was brought up on a similar campus in Kent where he gained self-esteem, learned a trade and emerged as a leader. His first visit to the Oval was a very emotional experience for both of them.