You are here: HomenextHarpenden HistorynextPeoplenextAdventurersnextEverest: The First Ascent. The untold story of Griffith Pugh, the man who made it possible.

Everest: The First Ascent. The untold story of Griffith Pugh, the man who made it possible. 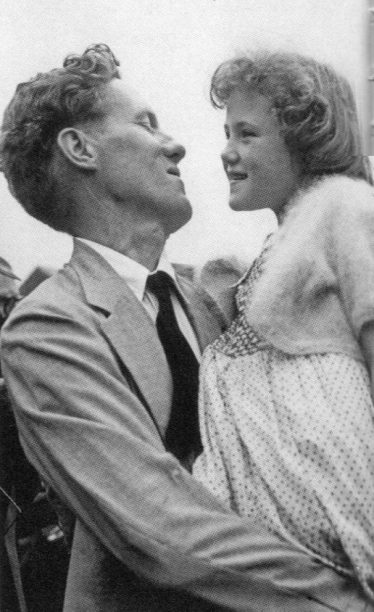 Griffith greeting his daughter, Harriet, aged 6, at London Airport after his return from Everest in 1953

Harriet Tuckey lived with her family in Hatching Green and attended St George’s School in Harpenden. She is the daughter of the late Dr Griffith Pugh, scientific advisor to the first ascent of Everest in 1953. She remembers that Edmund Hillary and Tenzing Norgay stayed with the family when she was six years old, probably at the time they gave a lecture in Harpenden.

In March 2015, Harriet told a packed audience of Harpenden Local History Society that she only discovered the value of her father’s amazing contribution by chance. 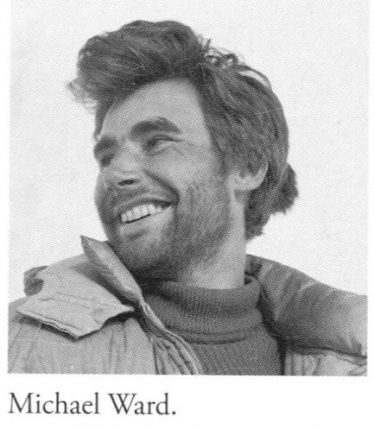 When he was 83 years old and in a wheelchair, she accompanied her parents to the 40th anniversary celebration at the Royal Geographical Society. Among the tributes, Dr Pugh’s name was not mentioned until Michael Ward, the expedition doctor, told the audience that the attempt on the summit would have failed, like all previous climbs, if it had not been for the application of scientific findings made by Dr Pugh. He was the ‘unsung hero’ of Everest.

It was he who investigated the use of oxygen, optimum nutrition and physical protection for climbers at great height. He designed clothing, rucksacks, boots, stoves, lightweight sleeping bags and tents. Until that time, mountaineers had considered the use of oxygen to be cheating. Dr Pugh found that when climbers used oxygen they didn’t have to stop frequently to catch their breath, so they kept moving and stayed warmer and more alert.

Climbers in high, dry altitudes soon become dehydrated and exhausted. Dr Pugh measured how much water (melted snow) would be necessary. On later expeditions, climbers have been able to ascend Everest without oxygen, provided they drink enough water.

He insisted on the men becoming acclimatised to exercise at height. They were to reach a half way camp where they would stay for 3-4 weeks, exercising upwards every day, but descending to sleep at the lower level camp.

He believed climbers usually didn’t eat enough. At altitude they lost the sense of taste, so he devised food which would tempt the appetite.

Dr Pugh’s observations and theories were validated on the Everest expedition. Without him, Sir Edmund Hillary and Tenzing Norgay would never have reached the summit. So it is all the more regrettable that his role was largely ignored in the official history written by expedition leader Colonel John Hunt.

Within three years, the world’s six highest mountains had been scaled.  Harriet Tuckey contacted great climbers who had successfully used her father’s techniques and received letters of appreciation. His scientific approach to survival in extreme conditions has saved many lives around the globe.

In the mid 1960s, following the death through exposure of many walkers and climbers in Britain, Dr Pugh designed waterproof and windproof garments which could be pulled on over all other clothing – a simple remedy.

During the Mexico City Olympics of 1968, athletes suffered from heat exhaustion. The rules did not allow water to drink for the first part of the marathon. Now everyone takes it for granted that water is essential in hot dry weather or during exercise – but this knowledge goes back to the scientific findings of Dr Griffith Pugh.

Harriet found her father a difficult man to get on with. He was a fiery redhead with an immoderate temper. He was distant with her and sometimes eccentric in his behaviour. It was ten years before she decided to tell his story, warts and all. “Only the truth will do,” she said.

Writing the book took eight years of meticulous research. Harriet contacted many people who knew and worked with her father. One of those was Mike Westmacott of Rothamsted Statistics Department, also a member of the 1953 Everest expedition.

A great boost to her research came from an unexpected source. Someone who later lived in Hatching Green House found a battered suitcase in the loft. It contained letters from Griffith Pugh’s family and lovers. These helped her find out about the man. They showed him in his early years to be an optimist, full of joie de vivre, and endowed with enormous curiosity. There were letters from local people, and diaries full of observations about local folk.

Harriet signed off by saying of his life’s work:

“What an amazing gift for a distant parent to bestow on a disgruntled daughter: to have someone who was worthy of a biography.” 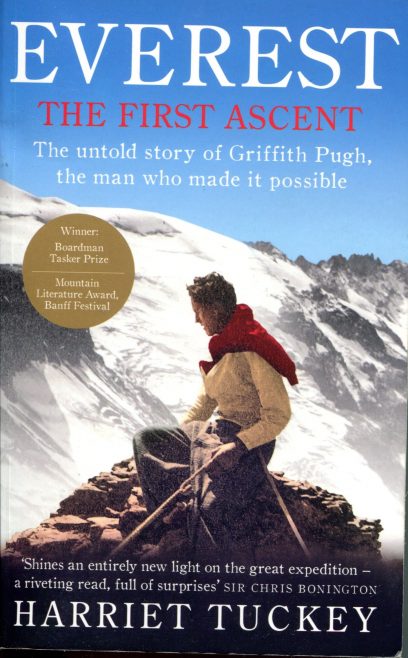 Cover of the paperback edition of Everest, The First Ascent

Dr Pugh was represented in the film about the expedition as ‘the boffin who got in the way’. He did not seem to resent this lack of recognition until his later years. Harriet did, though, and her superb book sets the record straight*.

The Chain of Office worn by successive Town Mayors of Harpenden was created in 1954. In the centre hangs a medallion showing the Harpenden crest, and a smaller one commemorating the ascent of Everest. This depicts the mountain on the front, with the names of Dr Pugh and Mr Westmacott inscribed on the back. It became known as ‘The Everest Chain’. The Mayor of Harpenden, Mary Maynard, was present at Harriet Tuckey’s lecture wearing the chain of office with the Everest medallion.