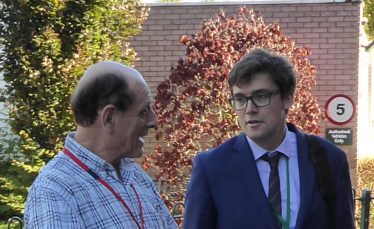 2018 marks the 80th anniversary of the founding of the Chinese Industrial Co-operative – Gung Ho – movement, and is being celebrated throughout China with conferences and ceremonies honouring those who introduced these concepts – Rewi Alley from New Zealand, and George Hogg and Joseph Needham from Britain. George Hogg is little known in Harpenden except at his school, St George’s, so, on behalf of the Local History Society, Gavin and Rosemary Ross were able to show a delegation of the International Committee for the Promotion of Chinese Industrial Co-operatives (ICCIC), led by Michael Crook as interpreter, what Harpenden was like in the 1920s and 1930s. For nearly all the delegation this was their first (and very short) visit to the UK. We tried to show the contrast between middle-class comforts in Britain and the poverty and devastation in war-time western China. We have received this account of their visit. 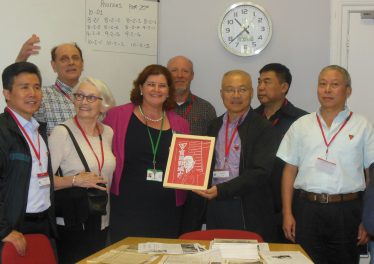 At the invitation of the Society for Anglo Chinese Understanding (SACU), a delegation of the International Committee for Chinese Industrial Cooperatives (ICCIC) visited the UK from September 26th to 30th, 2018.

SACU was founded in May 1965 by Dr. Joseph Needham, an old friend of the Chinese people and a famous modern biochemist. The society has made an indelible contribution to the development of Sino-British relations. Harpenden in Britain is the hometown of George Hogg, one of the key players in the Gung Ho Movement. In President Xi Jinping’s speech at a welcome dinner hosted by Queen Elizabeth II, on October 20, 2015, he specifically referred to George Hogg (George Aylwin Hogg): “We will not forget that Britain has provided valuable economic and moral assistance to China. A British journalist named Hogg, who actively participated in the Chinese People’s anti-Japanese war, not only exposed the atrocities of the Japanese invaders, but also served as the headmaster of a school in Shuangshipu, in Shaanxi province.” 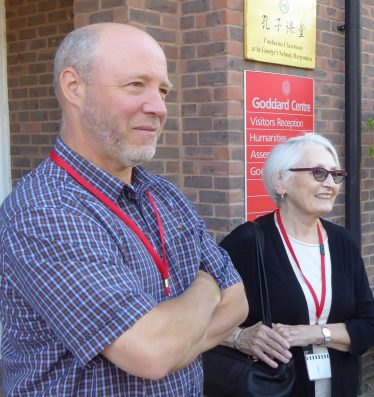 On their 2018 trip, the ICCIC delegation followed the footsteps of Hogg in pursuit of deeply moving stories. On the morning of September 27, the delegation, accompanied by George Hogg’s niece Vanessa Dingley and great nephew Peter Jarvis, came to Hogg’s alma mater – St. George’s School in Harpenden, where David Waters, Head of History and the Head Mistress, Miss Helen Barton, introduced us to the basic philosophy of the school and displayed some of Hogg’s archives. 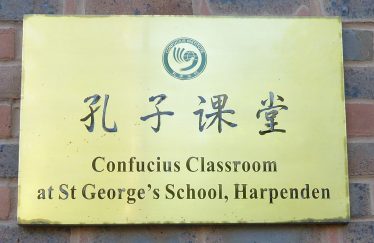 At the school entrance there hangs a “Confucius Institute” plaque. Every year the school holds “China Day” activities, which demonstrate the students’ love of Chinese language and culture. We felt deeply that the George Hogg’s story of Sino-British friendship has not faded with the passage of time, but in each new generation of young students becomes richer. In the school we saw lists of the outstanding students, with George Hogg’s name impressively prominent in the eye, perhaps foretelling that this excellent teenager would become a legendary hero. 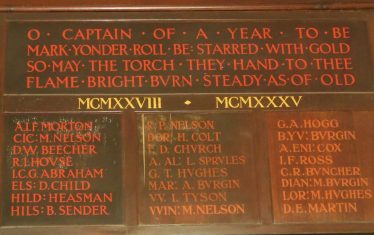 After that, the delegation visited former residences of George Hogg in Harpenden: Red Gables (7 West Common) where he was born and Wayfarings (41 Leyton Road) where he grew up. At noon, as warm sunshine fell on our faces of inquiry, eager to explore the history, we listened to Vanessa recall the stories remembered by the family from early years, and felt warm in the bottom of our hearts. 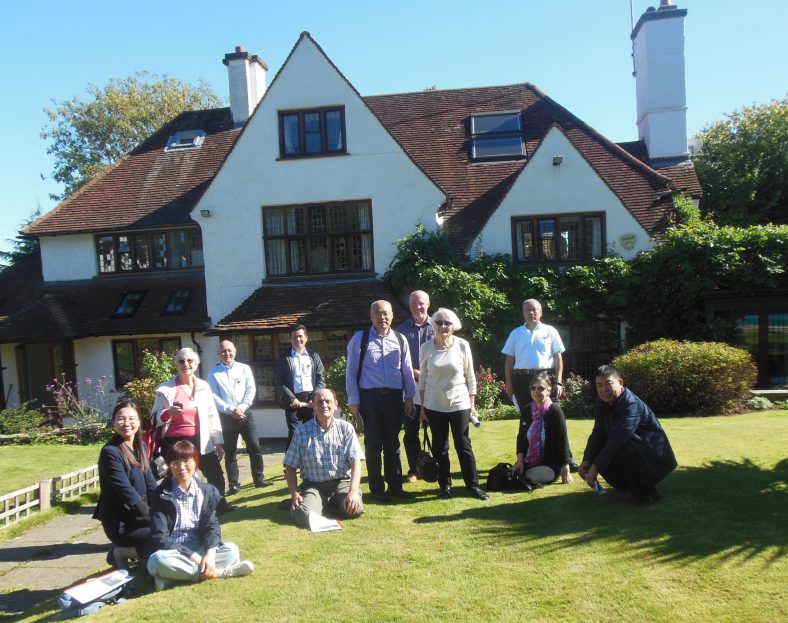 Group photo in the garden of Wayfarings

On the afternoon of September 27, the delegation visited the Needham Research Centre at Cambridge University, which was founded by Dr Joseph Needham in the 1980s to study or support the history of East Asian Science, technology and medicine. Since its inception, it has promoted research into the history of China’s science and technology and made a great contribution to world understanding of the subject. John Moffett, director of the Needham Research Centre Library, speaking fluent Chinese, explained the history of the Centre. Dr. Needham and Rewi Alley (George Hogg’s mentor) met in China during WWII and became lifelong friends.

In the Centre we saw a display of Dr. Joseph Needham’s photographs and preserved pictures and a lot of valuable information, including the familiar Gung Ho logo, his correspondence with the Rewi Alley, Gung Ho factories. These yellow old photos let us wander in the river of memories, and witness the glory of the past.

The delegation visited Manchester and Rochdale, home of the Co-operative Movement which supported the establishment of the Gung Ho movement in China. On the final day of their short tour they visited Wadham College, Oxford where George Hogg studied. 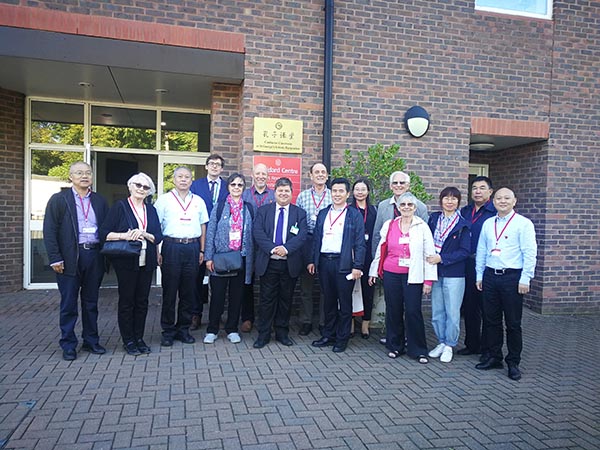 By Lui Guozhong and Rosemary Ross