You are here: HomenextHarpenden HistorynextPeoplenextAdventurersnextGeorge Hogg & his life in ChinanextGeorge Hogg (1915-1945) and St George's School - 1927-1934

Following his footsteps to China 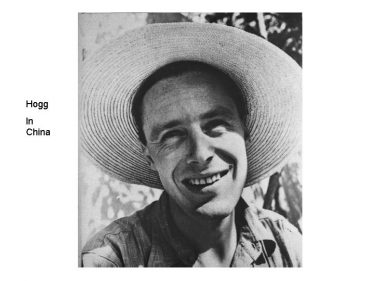 George ‘Aylwin’ Hogg entered St George’s in 1927 and left in 1934. His short and remarkable life has left a profound legacy on the people of China, and also on his school, St George’s.

For those unacquainted with the story, Hogg went up to Wadham College Oxford in ’34 to read ‘Greats’ (PPE), thereby following a family tradition (all of his brothers also attended Wadham). From Oxford, Hogg managed to persuade his parents to finance a travelling expedition across America, and then to Japan and China with his Aunty, the well-known international pacifist campaigner Muriel Lester – today’s ‘Gap Year’. Hogg stayed in touch with St George’s and like many of his friends, he wrote back to The Georgian, the school magazine, updating them of his travels. 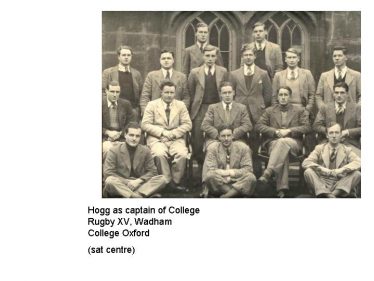 Indeed, whilst at Oxford he also played against the School 1st XV in the annual old boys match, was good enough to make the all-star OG’s sevens team (which won the Herts tournament 7 years running in the 1930s), and also played for the inaugural OG cricket team The Dragons.

Hogg’s actions in China as a reporter for the Manchester Guardian, and especially in saving a school in war-torn China from the ravages of the Japanese Army were remarkable. It is an heroic story that ended in tragedy, as Hogg died in Shandan, Gansu Province, in 1945 at the age of 30. 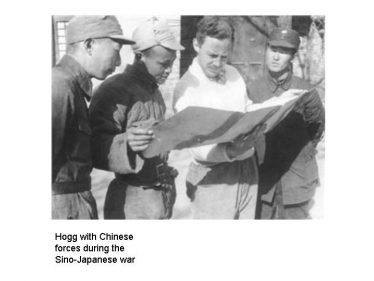 George Hogg with Nie Rongzhen, General in the Chinese Communist Army, on the left c 1943

This story of Hogg is now well known amongst most of the community of St George’s, but this was not always so.  Mrs Weatherly, the school Archivist, first delved into the archives in the 1980s following on from articles by James McManus, the Telegraph and later Times journalist.  The coming of the film, The Children of Huang Shi and the biography of Hogg Ocean Devil in 2008 acted as a further stimulus for the School’s interest in George Hogg’s life.

A special insight into the History of in China

In 2008 the school sent a group of students and staff to research the life of Hogg further. We travelled up to Gansu province, to the town where he died. We visited memorials, statues and his tomb. 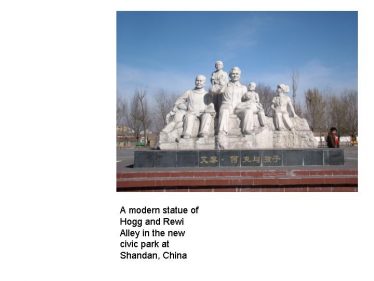 We also interviewed some of his former students whose lives he saved and also the brothers who he adopted.  This was edited skilfully by the history students and made into a DVD which is used to teach the students of St Georges during Year 9. The story of Hogg and the question of his significance allows us to study not only St George’s in the 1930s, but also China and the Far East during the Second World War.  This unit has widened our teaching of the Second World War and given the students an understanding of the events of the Sino-Japanese War, including the atrocities that occurred to cities like Nanjing. It also gives students a better sense of China as a modern country today – the history of the decline of its imperial monarchy, the failure of its Republic, the period of Civil War and the rise of Communism.  Students answer questions on the significance of Hogg*, and examine the accuracy of the film The Children of Huang Shi as an interpretation of his life. They are upset that St George’s does not feature however! 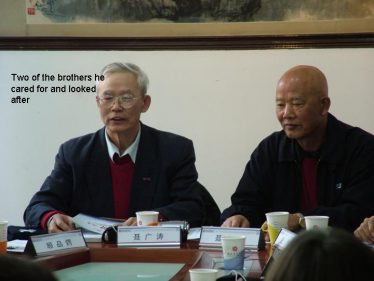 Two of the brothers cared for by George Hogg, 2008

What is most exciting about the history of George Hogg is that so much of it is still living.  This was evident from our trip to China in 2008 and also this summer when we welcomed two of Hogg’s surviving adopted sons and also other members of the Hogg family to celebrate his life and legend.  During the summer, the school was given the George Hogg private papers by the Hogg family which will go on to enrich our understanding and teaching of Hogg even further. We have much more to learn!

*   See also four presentations by pupils in 2011, evaluating the significance of George Hogg in world history, as an indication of how his life and work are studied in St George’s School.