You are here: HomenextHarpenden HistorynextPeoplenextAdventurersnextGeorge Hogg & his life in ChinanextMore celebrations of George Hogg and the Gung Ho movement in China - September 2016

Relatives and the Chinese President's brother visit his grave 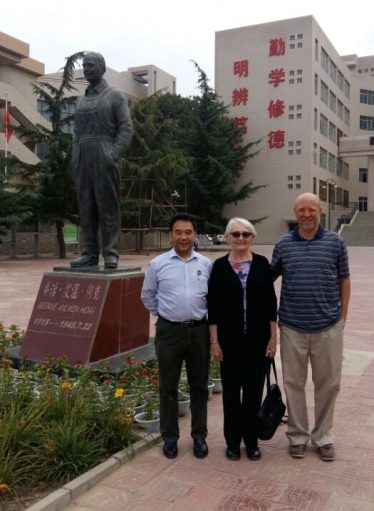 On 16 September 2016 Lanzhou City University, hosted the annual meeting of the Rewi Alley Research Center, which was established in December 2015 with the support of the University and under the leadership of the Gansu Provincial Government, in promotion of the Gung Ho movement. This annual meeting is listed as one of the academic events of the First Silk Road (Dunhuang) International Cultural Expo and High End Forum on the Rewi Alley Spirit of Internationalism and the One Belt and One Road International Forum. 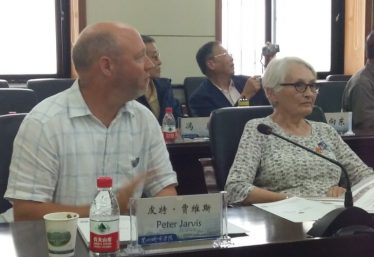 The delegates to the meeting included leaders and academic researchers from the UK, New Zealand, and USA. Among them, we were honored to have two relatives of Rewi Alley’s family, representatives of the New Zealand-China Friendship Society, the ICCIC leadership, SACU, and two relatives of George Hogg from the UK – his niece Mrs Vanessa Dingley, and great-nephew Peter Jarvis.

The following day participants visited the grave of George Hogg in Shandan, where his relatives brought flowers, and the official delegation paid their respects. 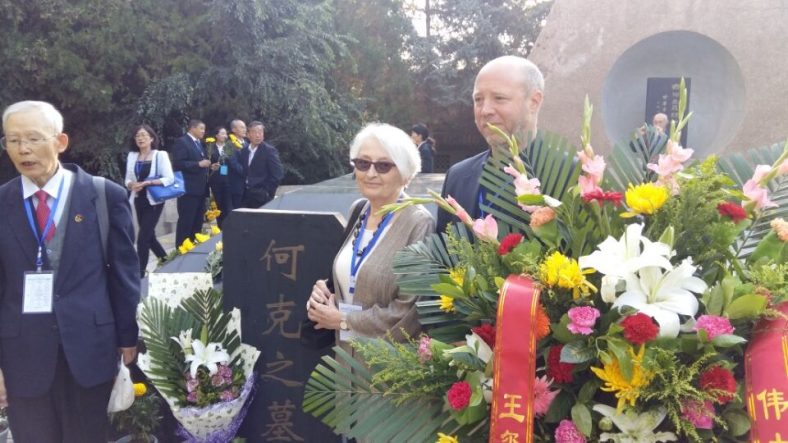 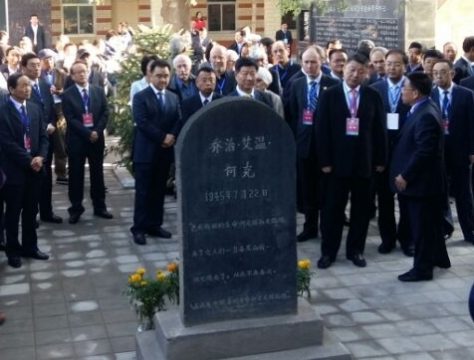