This article first appeared in Hertfordshire Countryside, May 1983 – copy in LHS archive file on Harpenden Artists 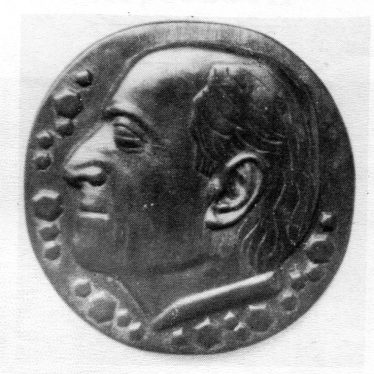 Self portrait, based on a coin showing Alexander the Great

When Basil Kassanis came to England from Macedonia in 1938, it was to further his studies in Science. His intention was to spend one year at Rothamsted Experimental Station, but the war intervened and he did not return to Greece, settling instead in Harpenden. He qualified as a research scientist working on plant viruses and now, his successful career at an end, he devotes his time to the hobby he has carved out for himself – for always there was in him the urge to create.

It all started in 1950 when, on holiday in Devon and taking as his model a cow, he experimented with a penknife and piece of oak. The resulting sculpture, entitled “Devon Breed”, is in his living-room, quite at home in the company of some of his recent work.

His house is alive with form and colour; it is quite clear that he loves wood and it is easy to see why: it glows, gleams and gratifies. The natural curves in some pieces of wood have been developed and other pieces have had curves coaxed out of them. Each species has its own characteristics and there is an abundance of laburnum, box, yew, acacia, beech, chestnut and oak. 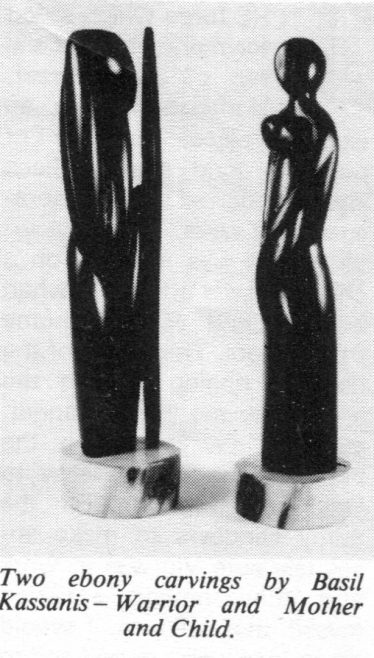 Entirely self-taught, his natural talent has been given a free rein to wander into all artistic fields. He has experimented with stone, produced glazed and waxed pottery, sculpted in aluminium and bronze, but nothing gives him as much satisfaction as working with wood.

He keeps meticulous records of his progress, with photographs of each piece and it is fascinating to see how his skill has evolved. Henry Moore and Barbara Hepworth have had their influence on his work, but with a total of 516 creations to date, nearly all are original.

On the walls of his rooms are sculptures in relief: a double panel in warm brown depicts a scene from Greek mythology. Van Gogh’s “The Potato Eaters” is interpreted in chestnut, whose grain enhances the rustic figures at table.

In portrait sculpture, Basil Kassanis is offering, at a reasonable cost, an opportunity to those wishing to be immortalised in a unique way. All that is required from the subject is a photograph in profile and a sitting when the work nears completion. Such portraits of his son and daughter hang on the wall, as do two of the artist; one as himself and the other, for his own amusement, as Alexander the Great, whose head crowned with laurel leaves, was taken from a coin.

It was through his interest in ancient Greek coins that this type of sculpture was developed. When he decided to part with his collection, he copied the coins on a very large scale, mounting the wooden medallions on blocks so that each could be seen.

On public view is his statue of the Madonna and Child which stands in a window of St Nicholas’ church in Harpenden, close to his striking figure of Christ rising from the tomb. Behind the altar hangs his replica in wood of the metal cross which is allowed out only on Sundays, and he has plans to present to the church an icon of St Nicholas. Atop the Hertfordshire Emblem on Harpenden Common stands the replacement hart which he was commissioned to carve.

The first Kassanis exhibition was held in Luton in 1969, since when he has exhibited almost every year somewhere in Hertfordshire; his latest was held in Harpenden in September 1982.

It is a remarkable success story. A very modest man, Basil Kassanis says very little, but his work speaks volumes for him. Asked whether he gave lectures, he said he had enjoyed speaking to two groups this year and that he was giving a talk in February 1983. His audience was in for a treat. 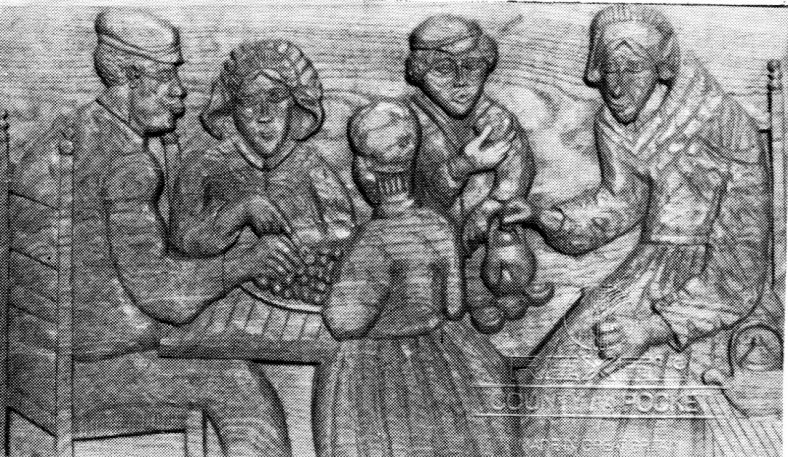