Stained glass artist who lived and worked in Harpenden from 1906 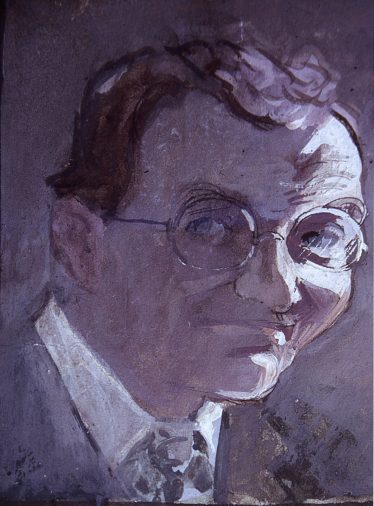 Ernest Heasman was born on 15th February 1874 in Linfield, Sussex. At the age of 16 he joined C E Kempe & Co, stained glass manufacturers. In 1897 he was awarded a six-month scholarship to study in Italy and on his return the Worshipful Company of Painters awarded him a medal for the work he had done during his tour. He gained a scholarship to study at the Slade from 1899 to 1900, while continuing to work for Kempe & Co. He is best known as a stained glass artist. He moved to Harpenden, where he lived lived in a house on East Common from 1905/6 (Kelly’s directory lists him there in 1906. In 1912 he moved to 21 East Common, which he named Nedneprah, in which he had a Studio and his wife Ernestine a Music Room (as described in her Memories of her Father by their second daughter Hilda Strickland).

By this time he had moved to work for Herbert Bryans & Co as their chief draftsman. During the First World War when stained glass work was virtually at a standstill he worked in a jam factory in Redbourn, returning to Bryans in 1920, before leaving to work from his own Studio. He died on 26th July 1927, after an illness lasting nearly two years.

In 1984/1985 Hilda Strickland deposited many of his papers and some of his works in The Victoria and Albert Museum. Information on his career has been drawn from the following website link to extracts from Guide to the Archive of Art and Design, Victoria & Albert Museum edited by Elizabeth Lomas – http://books.google.co.uk/books?id=c3M3kdI5Xr4C&pg=PA134&lpg=PA134&dq=Ernest+Heasman&source=bl&ots=RrjFjIXjRj&sig=J9N-qkmNHa4RlHA2bDf-snk2qWU&hl=en&sa=X&ei=HIDhUvuzD4HA7AassIDQCw&ved=0CGkQ6AEwDQ#v=onepage&q=Ernest%20Heasman&f=false =

According to the Tesselations website (http://www.tessellations.org.uk), Ernest Heasman also created a small number of hand painted tiles utilising stained glass enamels and his glass kiln. Most of these were produced to commission.

In 1924 Heasman was commissioned to design the windows for the Music Room of Paddockhurst House, nr Crawley, Sussex – now part of the Catholic community of Worth Abbey.  This link illustrates Heasman’s work there: http://www.worthabbey.net/abbey/art_gla.htm 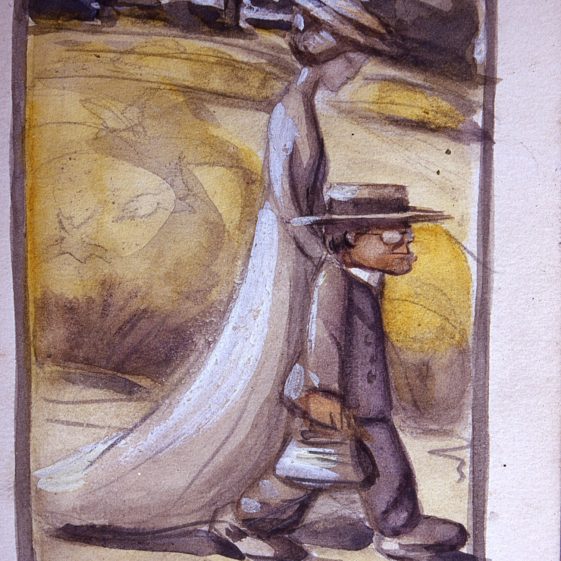 Heasman and his wife, with caption: "Sorry I was so out of tune this morning"
LHS archives, cat.no. B 3.6 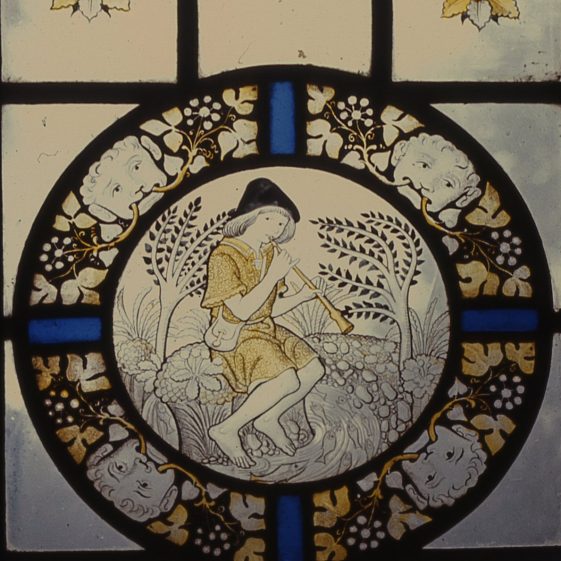 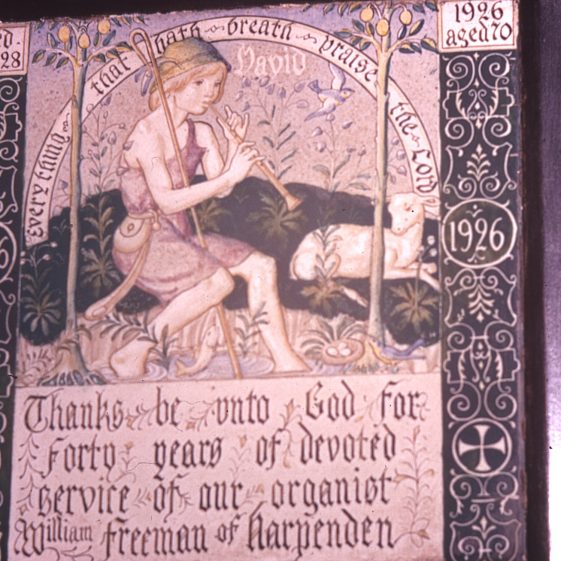 Tile beneath the organ in St John's church, Harpenden, in memory of William Freeman, organist for 40 years. This was Heasman's last work.
LHS archives, cat.no. B 3.7 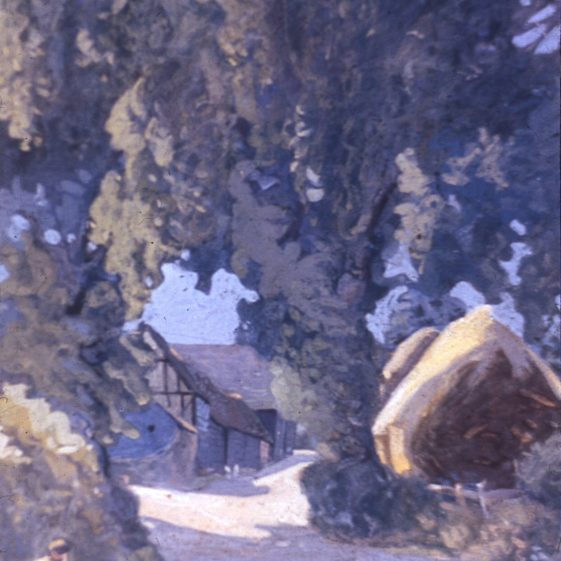 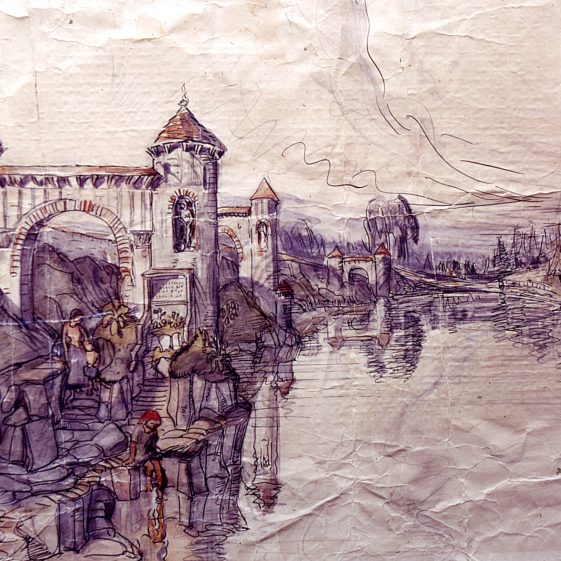 Ernest Heasman - a scheme for a Pleasure Park at the gravel pits on Harpenden Common (a phantasy?)
LHS archives, cat.no. B 3.5 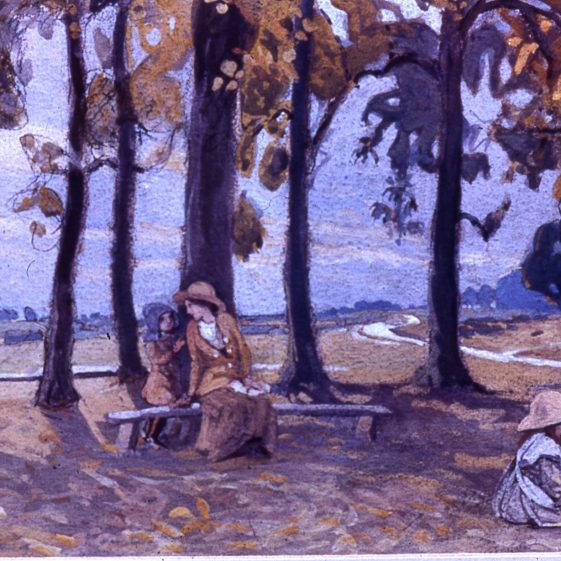 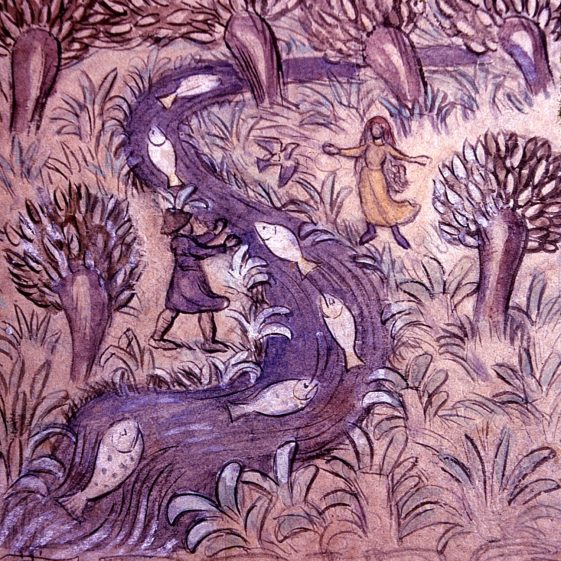 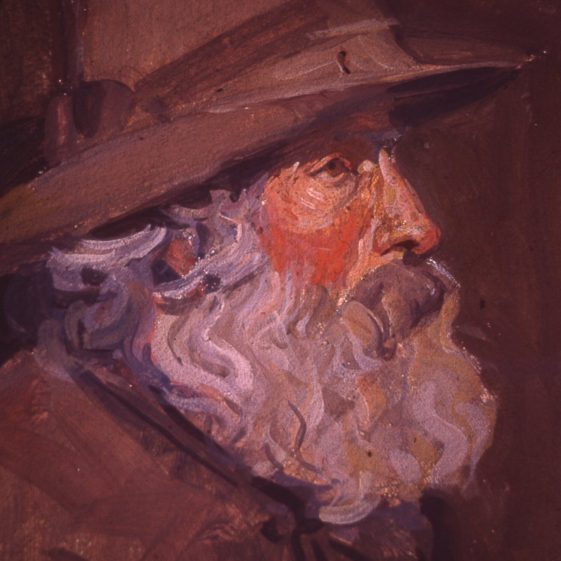 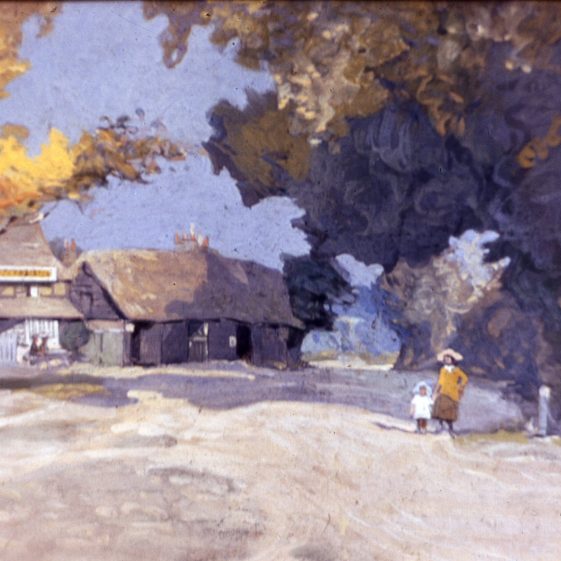 Ernest Heasman - White Horse at Hatching Green, 1914, also reproduced as a postcard. One of many sketches of the White Horse 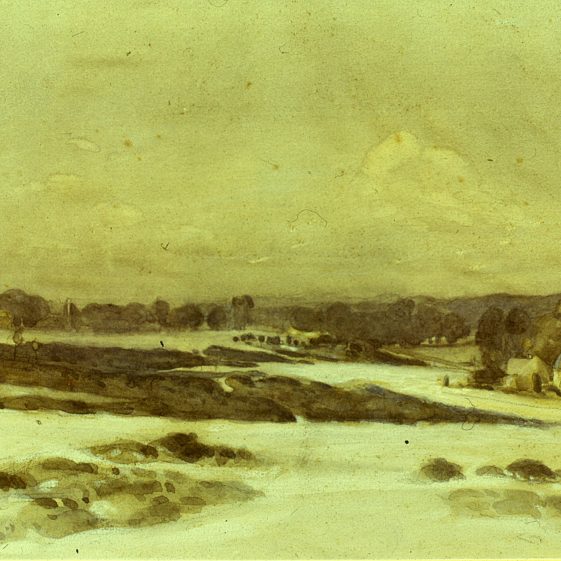 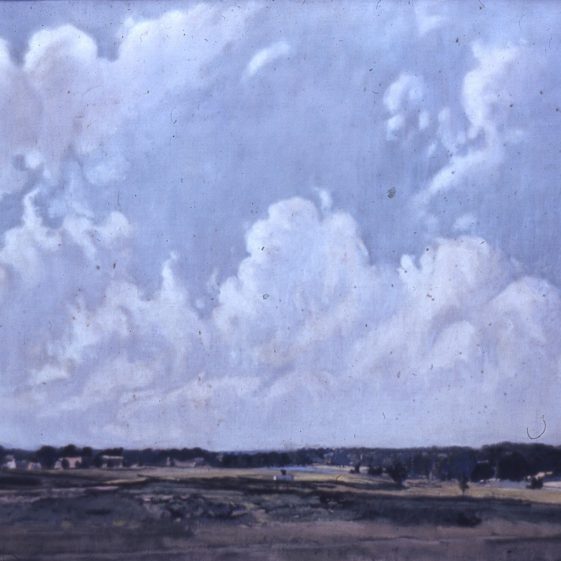 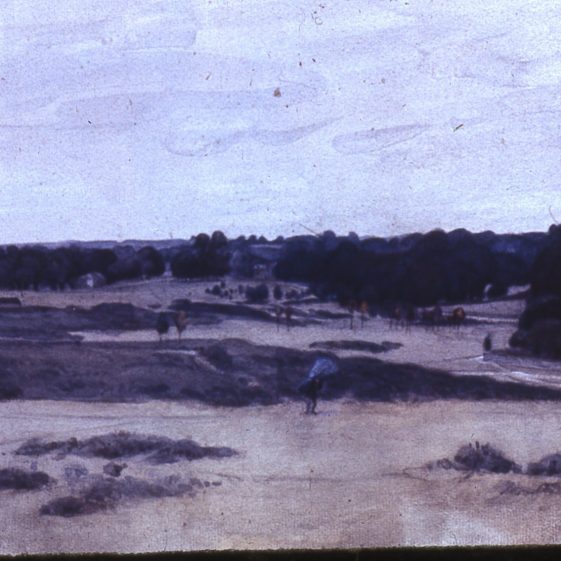 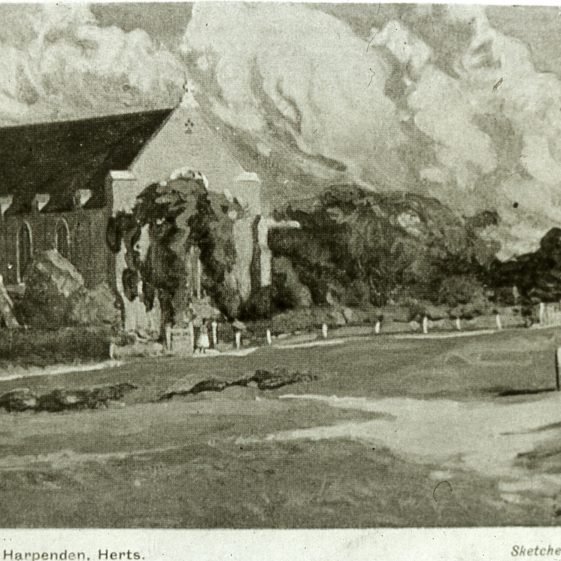 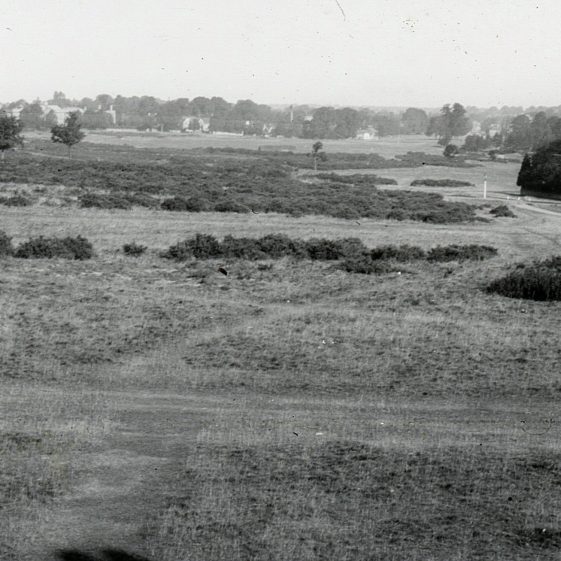 View of Harpenden common, looking north, from Ernest Heasman's house on East Common - a view he painted many times and in many seasons
LHS archives, cat.no. B 3.20