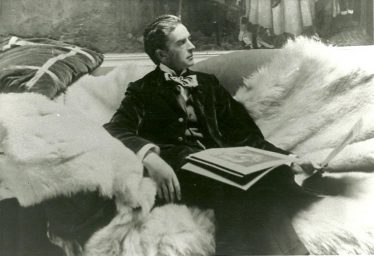 zoom
Frank O Salisbury at the height of his career zoom
Henry Salisbury and his family outside their home in Leyton Road, 1876. Frank is the toddler on the front row, left.
LHS archives 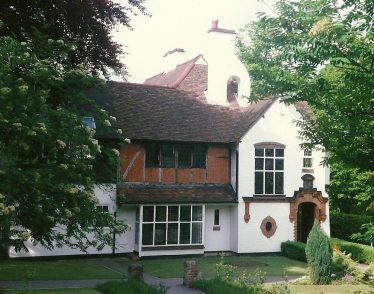 From Lorimer Green’s account of the Salisbury Family, written in 1980, and edited, with minor amendments. Lorimer was a grandson of Henry Salisbury – and nephew of Frank.

Frank was the ninth child of Henry and Susan (nee Hawes) Salisbury, born in 1874. He was poorly in health, but became the famous portrait painter. At an early age he was too delicate to go out to play with his brothers and when his elder brother James bought him some paints, he tried his hand at painting. In his book Portrait and Pageant, Frank describes how in his hurry to make a start after breakfast, he took a cup from the table and washed it but did not get all the sugar out, and this mixed with the colours and to this day the watercolour has on it the grit of the sugar. It is dated – aged 7 years.

However Frank really wanted to be a farmer and his parents let him have some plots of land where he grew wheat and mangold crops, and a flock of sheep that wanted to follow him everywhere.

But his brother James thought that he should be doing something more worthwhile and at 15 he was apprenticed in James’ stained glass works in Alma Road, St Albans. Working his way right through the works he eventually was doing the work of a qualified painter, and James felt he should go to a drawing academy and so he went to the Heatherley school in London daily. He made tremendous progress.

Frank’s first studio was in the yard behind the Inn on the Green, and one of his first subjects outside the family was Sir Henry Gilbert of the Rothamsted Laboratories. Sir John Bennet Lawes saw the portrait and was immediately interested. Frank became a great friend of the family, .

Early in the 1900s he had The Red Gables built, to designs drawn up by himself and his architect brother Eustace. There he painted Sir Charles Lawes-Wittewronge, who was himself a great art critic and sculptor. Frank describes in his book how Sir Charles became notorious through a libel case: Lawes v. Belt. In the Arts Club Charles had said the Belt did not do his own sculpting. He lost the case and had to pay a farthing damages with very heavy expenses, and as his father [Sir John Bennett Lawes] would not pay, so he went bankrupt.

Frank describes how he owed much to Sir Charles’ criticism – a good and logical critic was the right help for a young painter. Every Saturday morning Sir Charles would cycle to Red Gables and spend an hour in the studio. He was always outspoken, a little cruel and rarely encouraging, but his point of view was always heard and considered. He condemned the picture which hung in St Albans Abbey – The Passing of Queen Eleanor – as all wrong because it was a panorama, the lines of composition always passing through the picture with no angles of 45 degrees to hold it in the frame. It seemed to be a logical idea to Frank who put it to the test with a painting of the Burghers of Calais. Frank felt the result to be too restless and disturbing and he was convinced by the way the Eleanor composition stood the test that Sir Charles was not right.

A successful career in London and the United States

Frank could of course be the subject of a lecture all to himself, and so I will not go into more detail, except to outline his career. He moved from The Red Gables to 62 Avenue Road in the Swiss Cottage area of London and then in 1933 he moved to Sarum Chase on Hampstead Heath – a marvellous building where he received Kings and Queens, Royalty, Statesmen and people from every walk of life. His work varied from the historic panoramas, stained glass, flowers, and landscape to portrait – has there been such a varied and prolific painter?

He was a family man, a spiritual man, a great patriot. He was very critical of the Royal Academy which resulted in their failure to recognise him and recommend him for an honour he so richly deserved. He died in 1962.