In Praise of Flowers 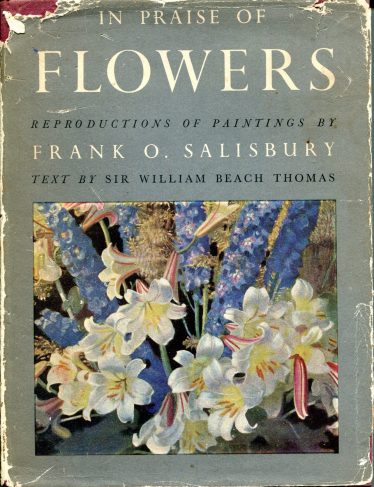 Cover of In Praise of Flowers

A copy of this book has recently been donated to the Harpenden archives by Linda Dyne, daughter of Alan Eke, to whom Frank Salisbury gave a copy signed by himself and Sir William Beach Thomas, who wrote the texts. It has just 48 pages with 16 reproductions of paintings by Frank Salisbury and was published in 1948 by Evans Brothers, London.

“It all began in 1940” is the opening sentence of Frank’s Foreword. Driven from his home at Sarum Chase in Hampstead, under nightly bombardment because “the Royal Artillery was storing ammunition within about twenty yards of my studio”, he and his family found a peaceful spot at Ivinghoe on the Chiltern Hills. “At the end of the garden was a large summer-house …..It was here, in this improvised studio, that I began to paint flowers which had been cultivated at the Hampstead home.”

The cover and first illustration “is a reproduction of the first of my flower paintings: lilies and delphiniums with bocconia feathering sprays. The result inspired me to paint more.”  Indeed he painted 27 canvasses of 36″ by 28″ over the span of the war years. 16 were selected for reproduction and each is accompanied by a 2-3 page essay on the flower – its name, history, appearance, habitat, place in literature – by Sir William Beach Thomas. It is likely that Frank Salisbury’s interest in botany came through contact with his cousin Sir Edward James Salisbury, director of Kew. He certainly had a love of nature and painted many watercolour landscapes on holidays in Scotland, Cornwall and elsewhere. Nature gave him “the sense of a pervading Presence”. 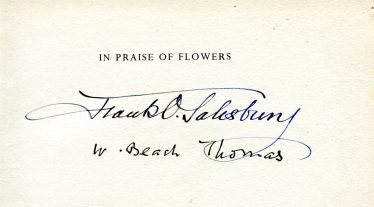 There is no clue within the book of how Frank Salisbury and Sir William Beach Thomas (1868-1956) came to produce this book together, using reproductions of paintings Frank had made during the war years, though it may have been through the publisher, who had already published Frank Salisbury’s illustrations for “The Lords Prayer”. 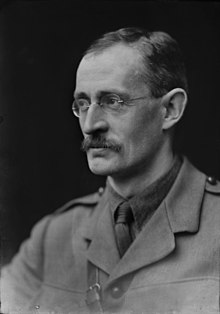 William Beach Thomas was an author and journalist, known for his controversial work as a war correspondent for the Daily Mail in the First World War (for which he was awarded a KBE), and for his writings about nature and country life. Employed by Lord Northcliffe from around 1902, he had moved to live in the Mimram valley and he returned to writing about countryside matters for The Observer and The Spectator from the 1920s to the 1950s, from his home at Place Farm, Wheathampstead (from 1923-1932) and then from High Trees, Gustard Wood, which he had built in 1932. He was a contemporary of Frank Salisbury (1874-1962). They seemed to have shared a ‘conservative’ view of the world. George Orwell wrote of Beach Thomas in the Manchester Guardian in 1944: “It is uncertain whether the general public would think of Sir William Beach Thomas primarily as a war correspondent or as a naturalist, but he is in no doubt about the matter himself. The world, as he sees it, really centres round the English village, and round the trees and hedges of that village rather than the houses and the people.”

He had married Helen Dorothea Harcourt in 1900. They later lived at “High Trees”, Gustard Wood, until his death in 1957. He was buried in the village churchyard at St Helen’s, Wheathampstead. 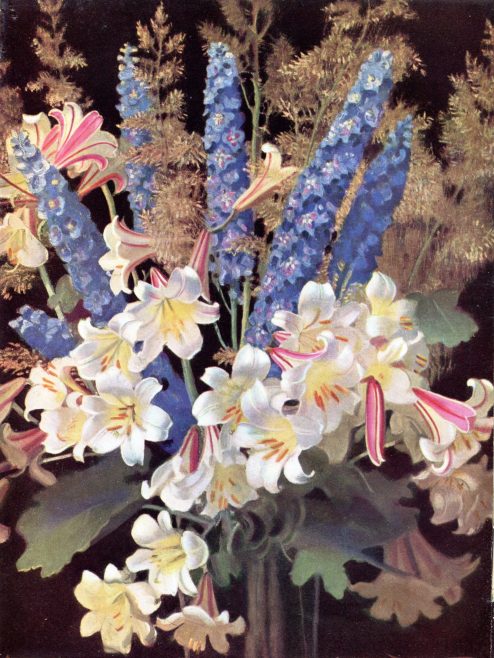 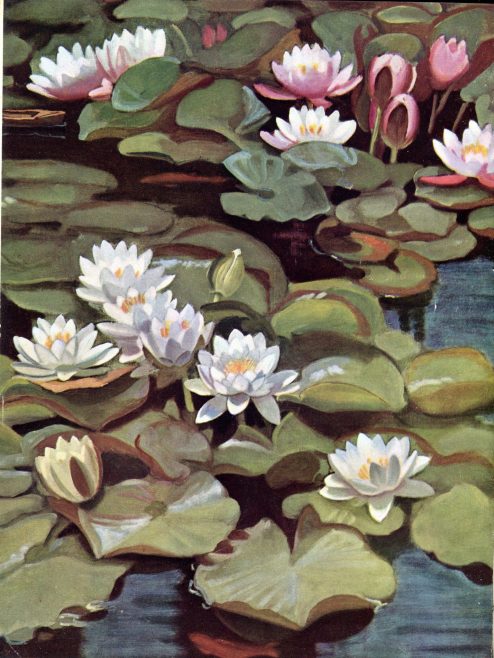 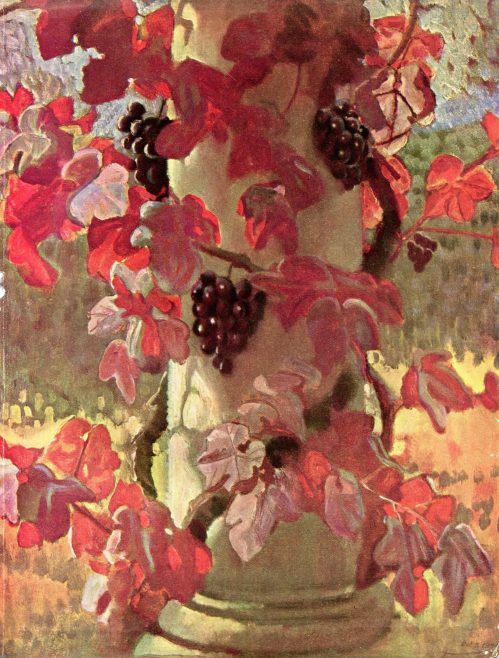 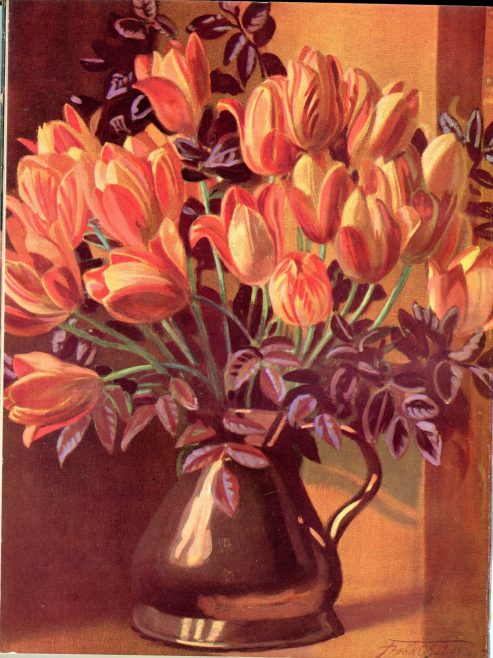 By Rosemary Ross, with help from Wikipedia