Photographer with a Studio in Harpenden

This article first appeared in Hertfordshire’s Past, 15, Autumn 1983 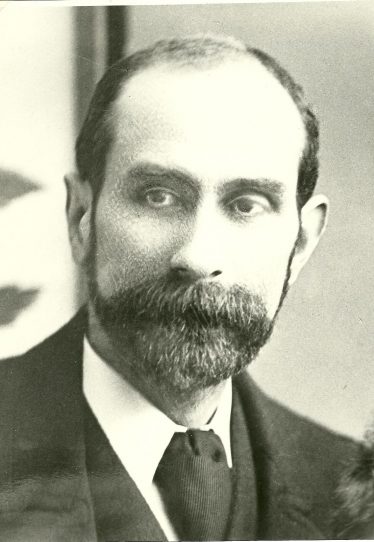 Many outstanding portraits and photographs of old Harpenden can be found with the signature or imprint of Frederick Thurston, Luton and Harpenden or Fredk. Thurston & Son, Harpenden on their mounts.

Frederick Thurston was born in 1854 at Luton. His father Charles Thurston, a tailor in Bute Street, died in 1859 when 36 years old. Frederick’s mother brought him up within the local Baptist community, and he became devoted to religious work. He was a deacon and secretary of the Union church in Luton for many years; also for fifty years he walked or went in a hansom every Sunday to Caddington Chapel, where he was Sunday School superintendent for thirty three years. Nothing more is known of Frederick’s early life, but he may have started work as assistant to Henry Gregson, a photographer in King Street, Luton. 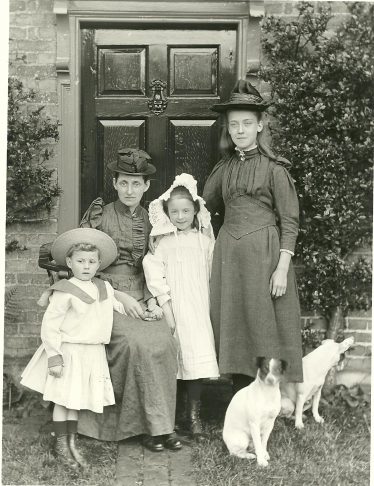 Mrs Thurston, Hubert and Muriel with a housemaid at Caddington, in 1891

In 1881 or 1882 Frederick married Margaret Smith, probably from Portsmouth where they lived for a short time. Their daughter Muriel was born at Luton in 1884 and Hubert, their son, in 1887.

About 1883 Frederick founded his business and lived at The Studio, 2 Hastings Road, Luton, ‘successor’ to Mr Gregson, whose stock he had bought, including negatives of the 1860s. He was soon established as the foremost of the town’s five professional photographers and, as such, was commissioned by the lady of the manor of Luton, Madame de Falbe, to take interiors of the mansion and informal groups of guests at Luton Hoo.

In December 1891 he took the engagement picture of Princess Mary of Teck (later consort of George V) and the Duke of Clarence, Queen Victoria’s eldest grandson, seated in the Hoo conservatory. However, the many platinum-toned prints which he prepared for sale at 7s 6d (35p) each became valueless on the Duke’s sudden death a few months later. In spite of this set-back, by skill and hard work and with the assistance of his wife, Frederick’s business prospered. In 1890 the family were living at 24 Napier Road, Luton; later they were at 7 London Road (formerly 179 Castle Street), 96 Tennyson Road and finally, by 1912, at a larger house, 92 Tennyson Road, Luton. Both children were well educated. Hubert went daily by train to Bedford School, while Muriel became an accomplished musician. They both remained unmarried and spent all their working lives (except for Hubert’s army service 1916-17) in the business. 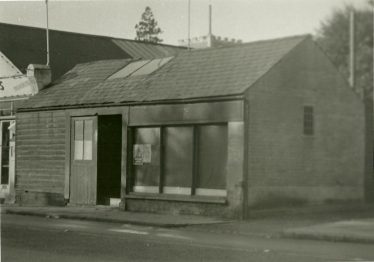 In 1896 or 1897 Frederick opened a branch at Harpenden. He was not the first photographer in the village: Kelly’s 1895 Directory for Hertfordshire has Henry Wilkinson, photographer, at 2 Church Green. In the 1898 Directory Frederick’s name appears, but not Wilkinson, so Frederick may have taken over Wilkinson’s premises. The upper window of 2 Church Green was the position from which his photograph of the High Street was taken in about 1897 (NB this photo is on our Welcome page, ed). Kelly’s next directory for the St Albans district in 1900, shows Frederick’s premises as the last on the west side of High Street. They were partly of wood and stood next to a barn or stable alongside the footpath from High Street to St Nicholas churchyard. Later the barn became a garage, numbered 74 High Street, while Thurston’s shop and studio with workrooms behind it were No 76. The shop front was usually painted dark green.

Typical of Thurston’s many early advertisements is one in Bennett’s Business Directory for 1896:

He called himself an Art Photographer* and was particularly proud of his idyllic pictures with titles such as A Cool Retreat, Changing Pastures, and Spring Tide. These pictures gained him awards at international photographic exhibitions, in London (1889), Vienna (1891), Philadelphia (1893), St Petersburg (1894) and in Japan. His study Frosted Trees, on the north edge of Luton Hoo, helped his election as a Fellow of the Royal Photographic Society in 1895. He rarely took such photographs after 1900, as portraiture became the mainstay of his business. Among eminent patrons were the Earl and Countess of Strathmore at St Paul’s Walden Bury, where Frederick photographed the large family in 1905 including five-years-old Elizabeth Bowes-Lyon, later the Queen Mother. Years later he photographed their grandchildren, Princess Elizabeth and Princess Margaret, several times.

Use of glass plates

It was the practice of Victorian photographers to use a glass plate coated with light-sensitive emulsion (the ‘dry plate’ – Frederick’s business began at its advent) of the size required for the print. Prints were usually made by contact rather than by enlargement. The cameras, used only on a stand or tripod, were simple in design, and made of mahogany with brass fittings. They had leather or cloth bellows to make a light-proof variable connection between the lens on its panel and the frame for the dark-slide. Lenses were of different focal lengths and angles of view. Viewing and focussing were done on a ground-glass screen in the camera’s back; the plate in its dark-slide was then put in the same position as the screen and the slide cover opened. Exposure was made by removing the lens-cap for the required time, or determined by a shutter often worked pneumatically by rubber tube and bulb. Exposure times of 1/10th to 1 second were usual, and f8 or f6.3 maximum lens apertures. The cameras and dark-slides had to be very accurately constructed and were masterpieces of the woodworker’s craft. Plates were developed and fixed one at a time in a dish; then prints were made from them by contact with light-sensitive paper exposed to daylight or gaslight, developed and fixed. Prints were often toned to give a different image colour, trimmed when dry, mounted and if necessary retouched using pencil or watercolour. With good equipment and care, definition could be excellent, but tonal rendering – involving the exposure-development ratio – needed considerable skill. Frederick used plate sizes 12” x 10”, 8½” by 6½” (whole-plate) and 6½” x 4¾” (half-plate). !2” x 10” was used most often, whole-plate for many outdoor scenes and half-plate for family portraits; after 1910 whole-plate became usual. He certainly made enlargements from 12” x 10” and smaller negatives, but always made the majority of his prints by contact.

After Frederick’s death in 1933, his son Hubert and daughter Muriel continued the business at both Luton and Harpenden studios for some years. Though capable, Hubert had not his father’s flair. Wartime brought scarcity of materials including glass plates, and in the early 1940s Hubert sent most of the stock of old portraiture negatives to the plate makers for scrap glass – a tragic loss of historically valuable pictures. Soon afterwards the Luton studio was closed and the premises sold. Their site is now covered by the inner ring-road. Hubert and his sister carried on at Harpenden, travelling from their home at Luton by bus or Greenline coach. Muriel took some of the photographs in these later years. In 1954 the business ceased, and the premises were sold to the neighbouring garage and demolished. Finally, in 1973, Hubert handed over his large collection of surviving glass negatives and prints to Luton Museums and Art Gallery, a few prints coming to Harpenden Branch Library. Muriel died in 1972 and Hubert in 1979.

Frederick is highly regarded as an eminent local photographer. Local he certainly was, for he rarely took his heavy equipment more than five miles from Luton or Harpenden, perhaps because of the cost of hired transport. In his earlier years he travelled by train to Harpenden, Wheathampstead, Ayot and Redbourn. Trees, old buildings and people were his favourite subjects. Good townscapes in central Luton before 1900 were taken within easy walking distance of his studio there; similarly village scenes in Harpenden 1885 to 1930, the early ones when he had come from Luton, others taken when the weather was kind and he had time to leave the studio. Many of his early scenes were staged, with people posed, unlike the spontaneity in Latchmore’s photographs around Hitchin 1865-1908. There is no doubt that Frederick’s most original work was done before 1900; after that he concentrated mainly on commercial portraiture of a high standard. His Harpenden pictures, though not numerous, are the best in the town’s records and some may be enjoyed in the Local History Society archives.

NB The Society has copies of correspondence between Hubert Thurston and Cllr Mrs Jean Cornforth concerning an exhibition of Frederick Thurston’s photographs at Harpenden Library in February 1976 (BF 19A.9c) 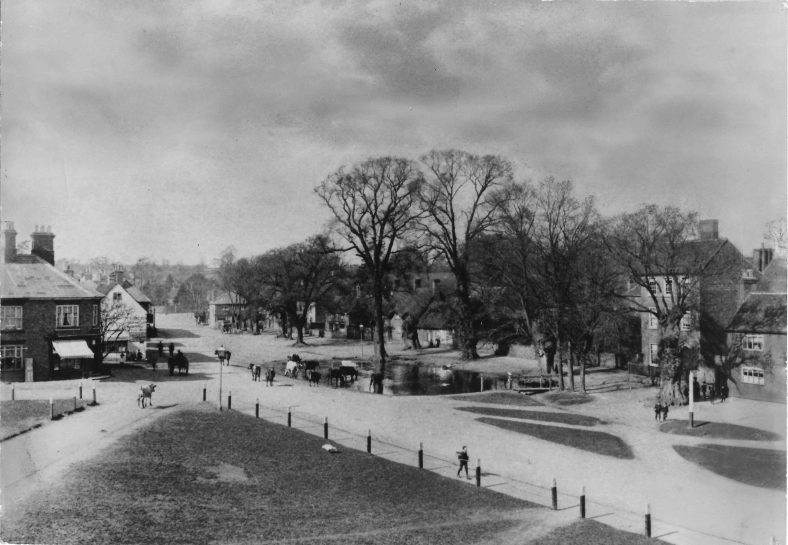 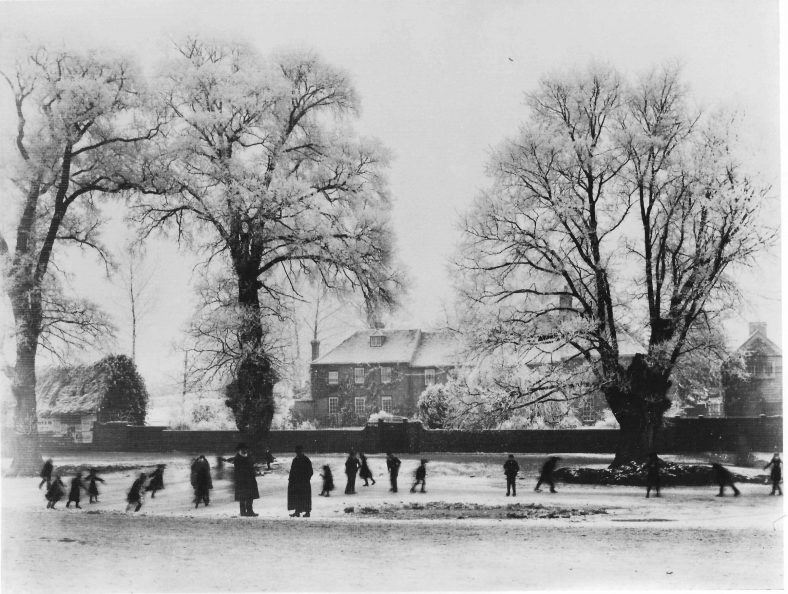 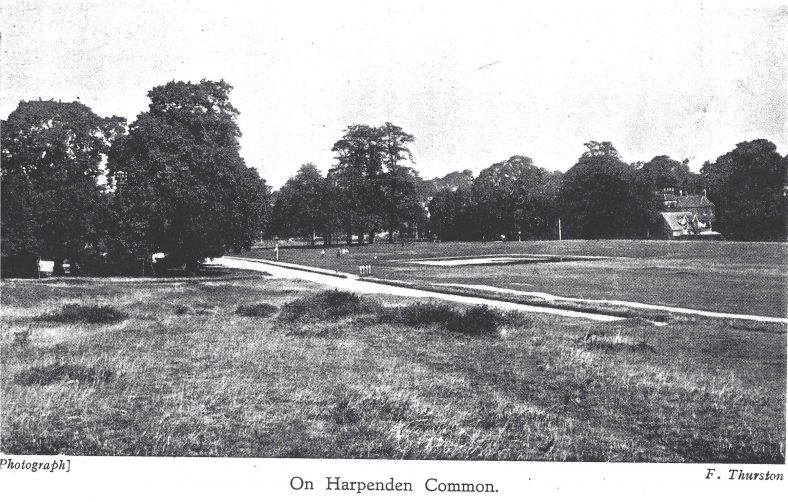 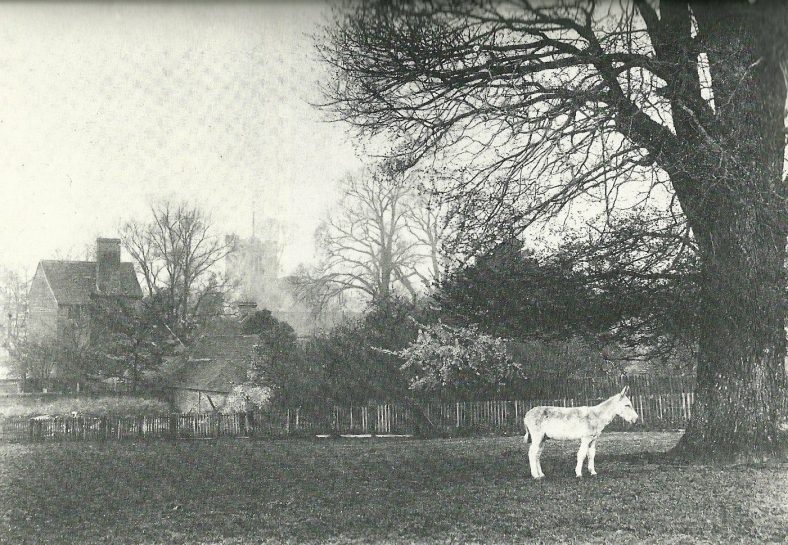 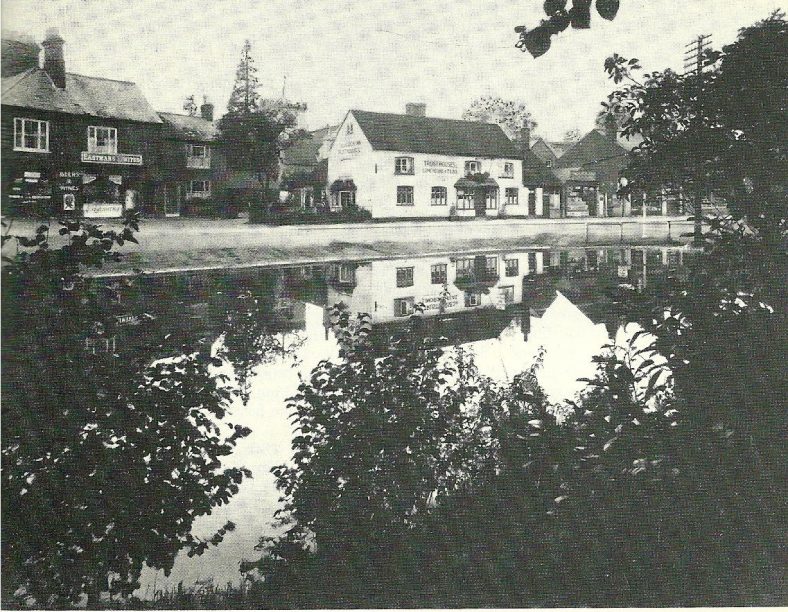 The Old Cock reflected in the Cock Pond, Harpenden, 1920