Harpenden artist, glimpsed from a newspaper cutting from 1948 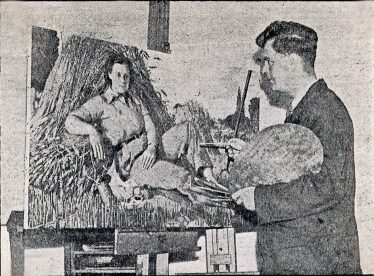 John Frye Bourne was the son of the former Congregational minister, the Rev. A A Bourne of 32 Milton Road, Harpenden. Born in Hampstead in 1912, he studied at the Royal Academy and had his first portrait exhibited at the Academy in May 1932, and a second one a year later – according to a cutting from the Harpenden Free Press (HFP) on 15 October 1948.

The HFP article was prompted by an exhibition of Bourne’s paintings, including his full-length portrait of “Diana” which had been shown at the Royal Academy (Summer?) exhibition in 1948. The Harpenden exhibition consisted of 15 oil paintings and a number of water colours and was on view in a room adjoining the offices of Harpenden Water Company for two days in October 1948. 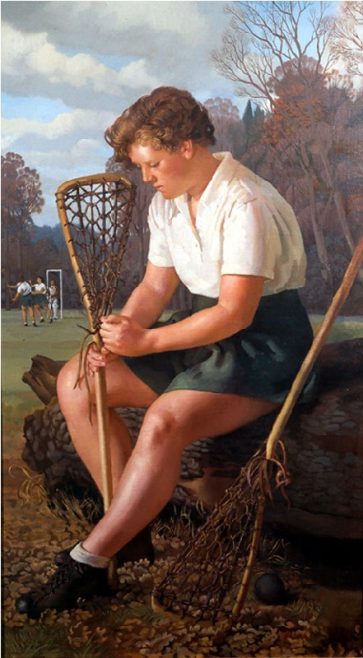 The exhibition included “The Resting Land-Girl”, a lunch-time scene in a cornfield. According to the report, Mr Bourne’s land-girl came from Harpenden, “as did most of his other models, and though the portraits only appear under christian names or other titles, most faces are familiar to Harpenden people”. All but two of the portraits on show featured women. Many had been done in Mr Bourne’s studio in the garden of his home ‘Broom Cottage’ on West Common (see photo below) to which he had moved in 1948.  The “Land Girl” posed there with two corn-sheaves borrowed from a farmer. The actual cornfield and the background were painted from imagination.

The HFP article illustration is all we have at present, but perhaps his paintings of “Peggy”, “Pamela”, “Rosemary”, “Elizabeth”, or even “Diana” (“a tall striking woman in an evening gown of rich burgundy, standing side-face to a mirror”) have remained in Harpenden?* see Comment below.

His wife, formerly Miss Norah Hett of Aldwickbury, was a water colourist who exhibited at several Hertfordshire Art Society shows. She had been Honorary Secretary of the Society when John joined, and she asked him to give her some lessons.

According to the report, Mr Bourne served as a major in a camouflage unit in Italy during the 1939-45 war, and he had been in North Africa both before and after Alamein. He had also served in Egypt. He told the Free Press reporter that he had decided to paint as many portraits as possible in a year, in an attempt to regain his skill after his long war-time absence in the Army.

Attempts to find more information about John Frye Bourne on the internet showed him listed in various auction houses but with no biographical details at all, and no paintings in current auctions. Just two paintings are illustrated, including one of of a girl with a lacrosse stick, who appears to be wearing St George’s School sportswear. However, Google points to the portrait of Sir Halley Stewart, dated 1930, on this website. If the date is correct, this would have been while he was still a student. 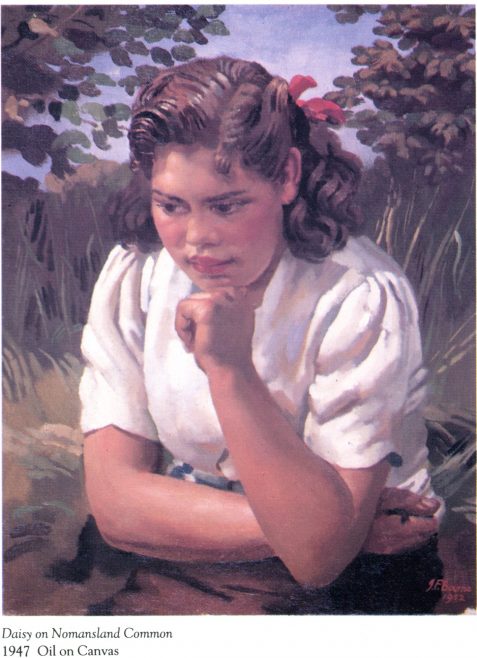 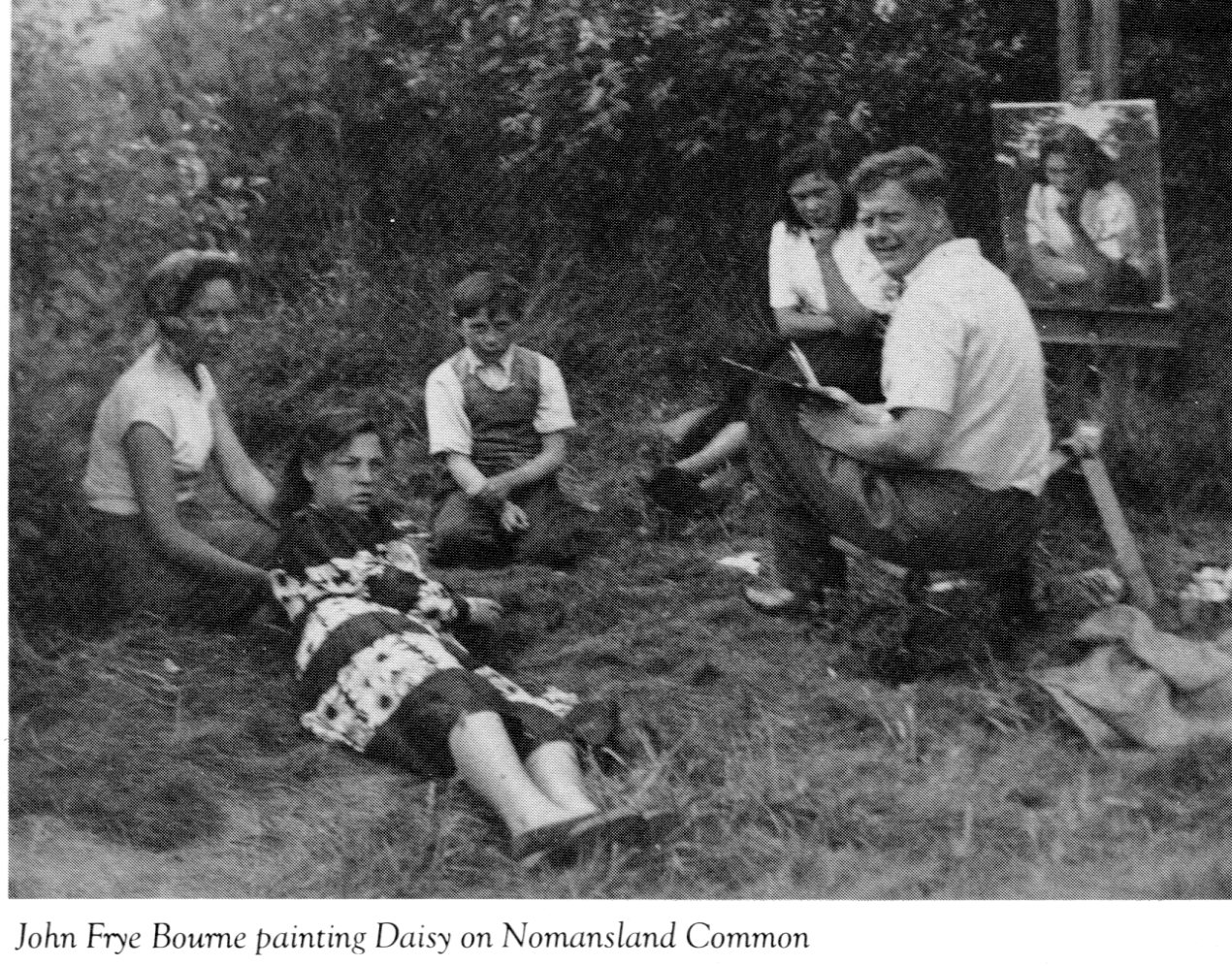 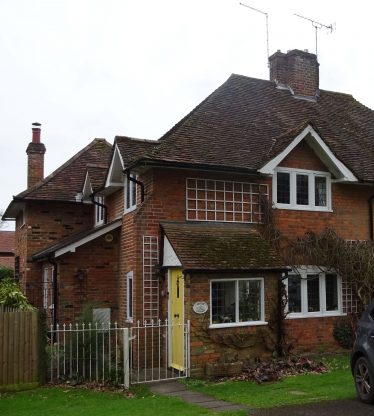 John and Norah Frye Bourne moved away from Harpenden in 1956, when they bought a farm at Sidbury in Devon.

Farming, and then caring for his invalid wife meant that he did little painting after 1969.

An image of a Woman in blue has been added to the website by Tom Reid – can anyone identify her?