Members of the Hodgson family made significant contributions to life in Harpenden, through intermarriage and in their charitable and other activities. See Henry Tylston Hodgson’s antecedants and his connections with the Bennet Lawes family of Rothamsted for how he was integrated into Harpenden Society. See Henry Tylston Hodgson – A Harpenden benefactor for a summary of his activities. Here we follow the lives of his children. 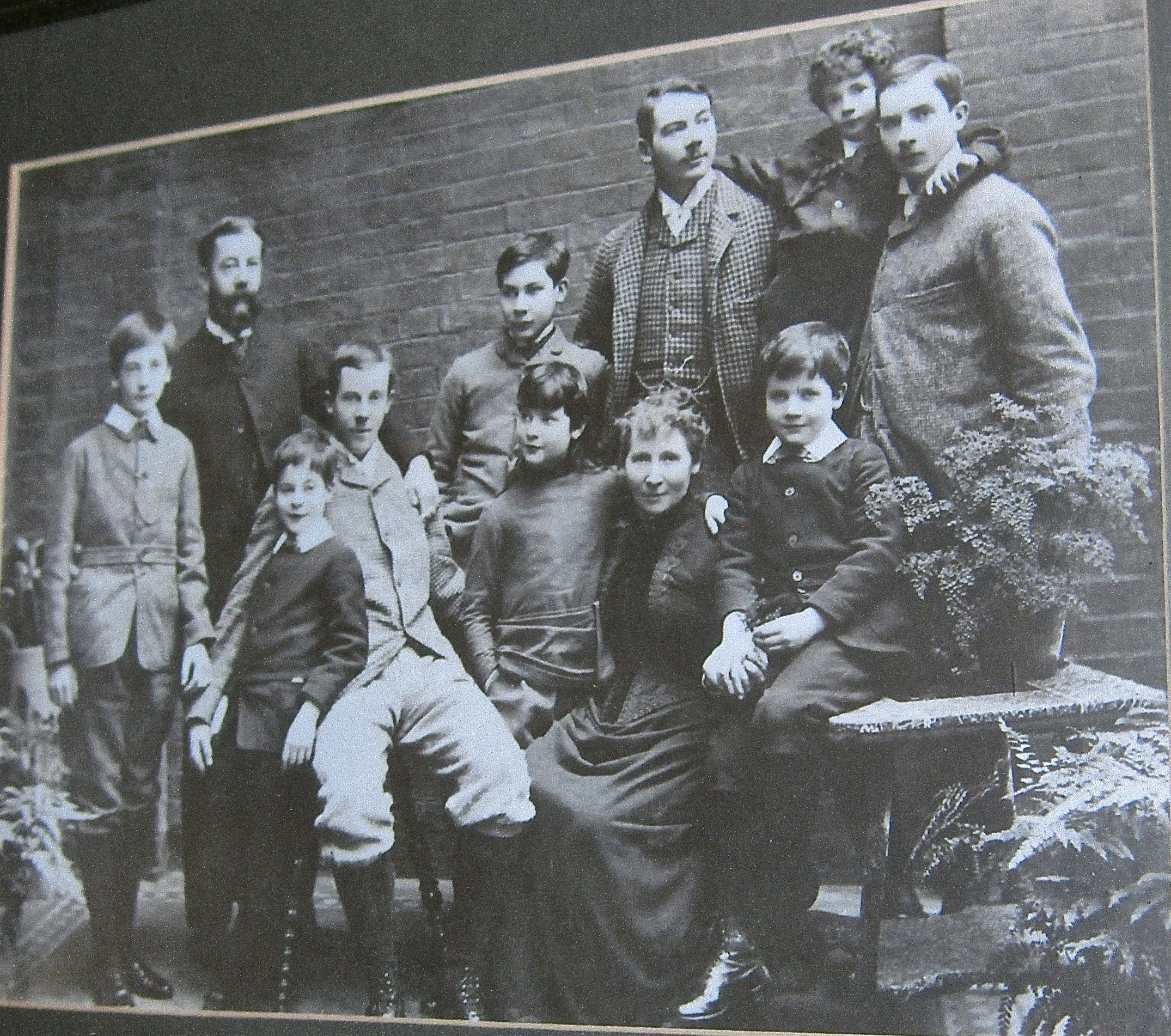 The Hodgson family at Welcombe in 1888/9. Aubrey is the chap in the check suit with Linnhe between him and Gerald. On Aubrey’s right is Ronald. Father, Henry Tylston Hodgson, is on the left, with Victor on his right. Eustace, in pale clothes, has ‘Bim’ (Hubert) leaning against him; on Eustace’s left is my grandmother, Mabel, with her arm round her mother, Charlotte, who has ‘Bom’ (Oswald) sitting on her left. 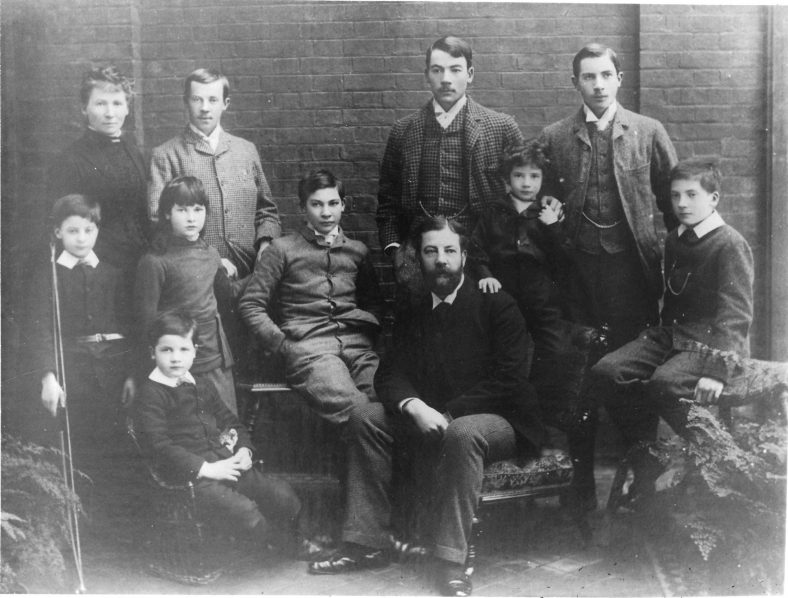 The Hodgson family outside Welcombe, c.1890

Eight sons and one daughter

Theodora Wilson mentioned various member of the Hodgson family in the Journals (TJ) she kept from 1885 to 1927, but neither Aubrey, the eldest, nor Ronald (1873-1901) were mentioned by her at all, nor do they feature in Parish Magazine reports or press cuttings in our archives.

In fact Aubrey is only present in the 1871 census and Ronald in the 1881 census, when, together with Gerald, he was left at Welcombe with the servants, while their parents and young siblings were recorded in Eastbourne. By 1891 Aubrey had presumably left home. He married Emma Evelyn Kirby in 1897, a widow with children, had lived in Hemel Hempstead and died in Sussex in 1932. * See Comment below, with information from Mel Skeet. 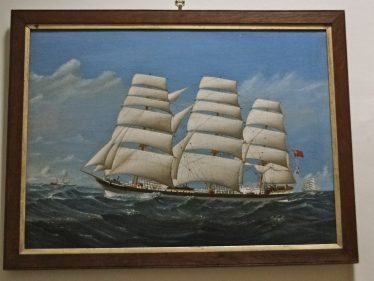 Ronald, who remained unmarried, died in British Columbia, Canada in 1901. Family legend has it that he ran away to sea on The Old Kensington, and a painting of this ship remains in family ownership.

Eustace married Lillian Creyke (1873-1916) in 1896 and had five children – two of whom died aged 2 and 3 of an epidemic of dysentery in Harpenden in 1900, despite having been sent away to the seaside. This epidemic also caused the death of their maternal great-grandfather, Sir John Bennet Lawes (TJ, p.93). Eustace died in about 1943. He was a convert to Christian Science and re-married after his wife died.

Gerald was educated at Harrow and Trinity College, Cambridge. In 1908 he became Assistant District Superintendent on the Midland Railway at St Pancras until his retirement in 1928. In 1897 he had married Kate (Kitty) Livingstone, a grand-daughter of David Livingstone the explorer. They lived for a year in Bachelor’s Row, Church Green before settling for a while in Liverpool, and then returning to live at Blantyre in Arden Grove around 1906. They moved to Bennetts towards the end of the war – they were noted for having made “an even prettier show of coloured lights than ours” (TJ p.159) when armistice was declared on 11 November 1918. Mrs Gerald Hodgson carried on her mother-in-law’s involvement in the Nursing Association Committee and worked with the Nursing Centre committee – which established 40 Luton Road as part of Harpenden’s memorial for the 1914-1918 war.

Plaque in St Nicholas church, beneath the memorial to Sir Charles Lawes-Wittewronge

Gerald and Kitty moved to Penvrane, St Austell, Cornwall, around 1930, though it seems that Gerald maintained business interests in London. On 11 May 1938 he died at the age of 67, presumably suddenly, at the Cumberland Hotel near Marble Arch, of “bronchopneumonia & heart failure”. Kitty died nine days later, on 20 May, at the Allington House Nursing Home in East Ipswich from “acute Streptococcal Pneumonia & Myocarditis”. She was 60. Just three days after her mother’s death, Marjorie Lawes-Wittewronge died on 23 May at The Old Vicarage, Farnham, East Suffolk, from “Phthisis pulmonalis” (i.e.TB). She was aged 34 and was the “wife of Sir John Claud Bennet Lawes-Wittewronge Bart.” Her brother Charles Hodgson, who lived with his parents at St Austell, registered all these deaths on the date of death – it must have been a most distressing time for him. It seems likely that he arranged for the memorial to them in St Nicholas Parish church, beneath the plaque to Sir Charles Lawes-Wittewronge on the north wall of the nave. So far we have not traced any newspaper reports. 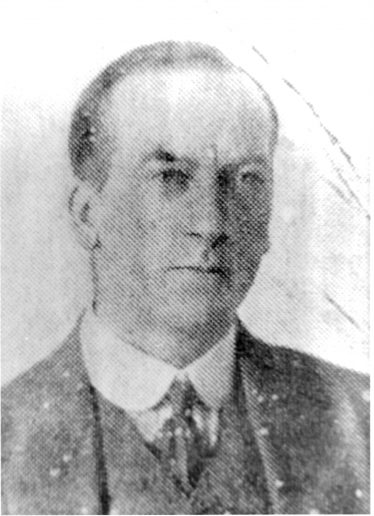 Charles Victor Tylston Hodgson – later known just as Victor – was educated at Harrow, and according to the Dictionary of Scottish Architects, “ entered the office of Charles Trubshaw of Derby, the Midland Railway’s hotel architect, in 1894, but transferred to Alfred Waterhouse and Son to serve his apprenticeship from 1895-98, remaining as assistant from 1898-1900, during which period he attended the Architectural Association. Thereafter he was assistant in the more arts-and-crafts office of Dawber and Whitwell, 1900-1901, before commencing practice in London in 1902 in partnership with Percy Benjamin French Freeman and Francis Charles Eden.”

In 1900 he designed the library and vestibule added to the existing laboratory buildings at Rothamsted, and he also made a careful study of the wall-paintings discovered in 1901 in the panelled dining room at Rothamsted Manor when Sir Charles Lawes-Wittewronge started to undertake refurbishment. He wrote a paper on the wall paintings for the St Albans & Herts Architectural and Archaeologist Society journal, vol.1.pt.4, 1901-2 – http://www.stalbanshistory.org/documents/1901_02_08_.pdf

According to Theodora’s Journals, Victor was at home at the time news came of the end of the Boer War. She reports him racing around the village with the news. It seems that Henry Tylston Hodgson received news of major events through telegrams despatched from the Midland Railway in Derby (TJ pp95-96). He designed Rosemary (28 Milton Road, Harpenden) in 1908, and made drawings of a number of buildings around central Harpenden – see some examples at the foot of the page.

Victor served as a Lieutenant in the RNR during WWI, and in 1917 married Sibyl Muriel Gilzean Reid, daughter of Sir Hugh Gilzean Reid, a Scottish journalist and Liberal MP. Victor had shared his mother’s love of North West Scotland, where the family had a house. By 1919 he and Sibyl were living in Cuilcheanna, Onich – http://www.cuilcheanna.co.uk/.  Having been active in antiquarian circles in St Albans, and having made a collection of paintings and artefacts ‘for a future museum for Harpenden, he later devoted many years to a detailed study of the history and archaeology of the Western Highlands. In 1922 he founded the West Highland Museum at Fort William of which he was secretary. It collected croft house furniture and other artifacts – http://www.westhighlandmuseum.org.uk/about/victor-hodgson/. In 1926-28 he drew plans for a remarkable blue granite heather-thatched house at Sanna, Ardnamurchan, for Miss M E M Donaldson, photographer of the West Highlands, but died soon after its completion, on 3 January 1929 at Cuilcheanna, Onich. 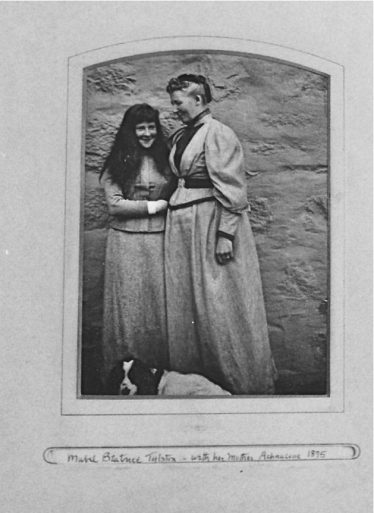 Mabel and her mother, Charlotte

Mabel must have had a remarkable childhood, with eight brothers. She was close to her grandmother, Marianne Warde . Theodora Wilson wrote of the period between the retirement of the Rector Canon Vaughan in the autumn of 1896 and the new Rector, Rev. Spencer R A Buller taking up residence in February 1897 – “when the parish was conducted first by Mr Barrett and when he left by Mr Paine, who was very young for such responsibility and was moreover in love with Mabel Hodgson. 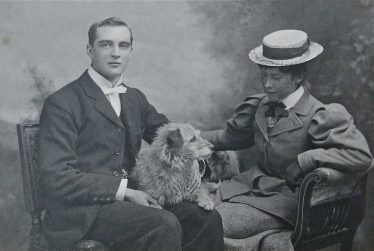 “They were engaged for about a year and married in the spring of 1898. The Archdeacon married them. Mr Paine is now Vicar of a small parish near Stevenage. This spring [1899] a little Miss Paine was born.” (TJ, p76). They went on to have three sons and a daughter. Mabel came to stay and look after her father during the painful attack of sciatica which led to his death, of which she had difficulty in speaking to the family in later years. Her husband Nigel Wood Paine was born in 1870, came to Harpenden in 1895 as curate and died in 1946.

The twins were born on 1 January 1881. Hubert went to fight in the Boer War early in 1900 and Theodora Wilson records that he “was royally welcomed home by all his family last June [1901]”(TJ p.93). When referring to Linnhe’s death in 1909, she mentions that “his two brothers are out in the West [British Columbia]. Bom, the elder of the twins, has been for a long time in the Pacific squadron off Vancouver, and Bim has married and taken his wife there.”

Hubert married Eleanor Martin in 1908, but Oswald remained unmarried. Having joined the Royal Navy aged 14, he served as a Commander during WWI, when he was posted in 1914/15 to Great Yarmouth where he took charge of the fishing and mine-sweeping operations until the end of the war. Hubert was a Captain in the Royal Engineers, serving in France at the time of his father’s death. Oswald, along with Victor and Gerald was an executor of his father’s will in 1918.

After his retirement from the navy, Oswald volunteered for lay work in the North-West of Canada, and was ordained in 1924. For a time he was a curate at St Mary’s, Bedford, but, returning to the North-West of Canada, he took charge of Telegraph Creek, where he worked under arduous conditions. During his many years’ sojourn in Arctic surroundings, he built a wooden church, with a wooden hut for a vicarage.

Theodora Wilson records that Oswald had inherited the “old cottages near the Institute”, and when he died very suddenly at Alert Bay, British Columbia, in February 1937, these passed to the nominal ownership of Hubert (TJ p.247) who granted Power of Attorney to H R Wilson, a London solicitor, to sell the cottages, as he too was going to reside abroad again. Hubert died at Alberni, British Columbia on 16 January 1958. 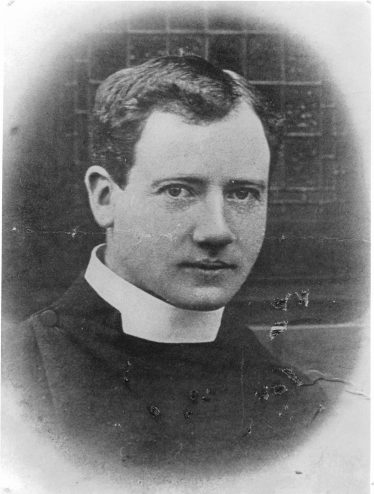 Nigel Linnhe Tylston Hodgson (1882-1909) was the youngest of the family. Perhaps he fulfilled his mother’s dearest wish by becoming a priest. While serving as a curate at Leeds Parish church and acting chaplain to Leeds Rifles, he was accidentally shot dead during Territorial manoeuvres at Guisborough in 1909. As Theodora Wilson records “There must have been a stray bullet among the blank ammunition. It seems strange that this fatal shot should have lit upon this lad with all his fair promises for this world. … He had been curate in a slum parish and was hoping by a year’s medical work to go out to British Columbia to work among the scattered white population.” (TJ p.117)

No more Hodgsons in Harpenden after 1930

However, there are living descendents from Aubrey, Eustace, Gerald, Mabel and Victor, but none have any association with Harpenden. 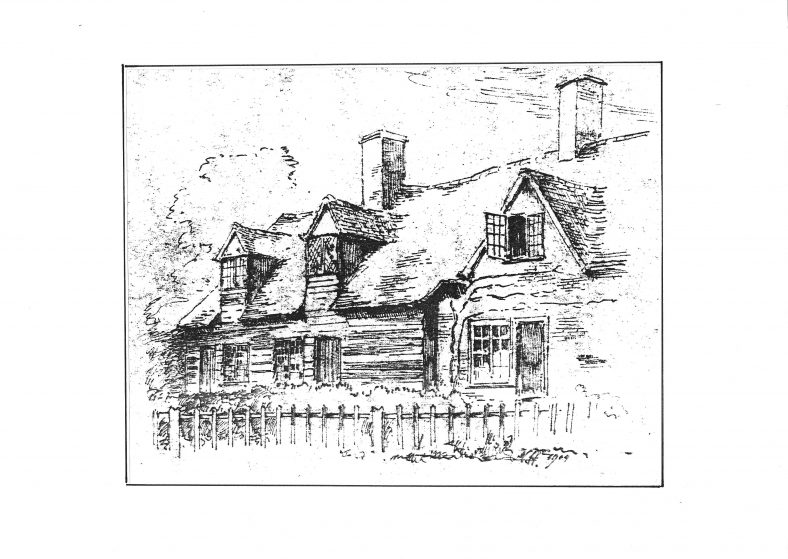 Sketch by Victor T Hodgson of cottages next to the Red Cow pub, Coldharbour, 1909 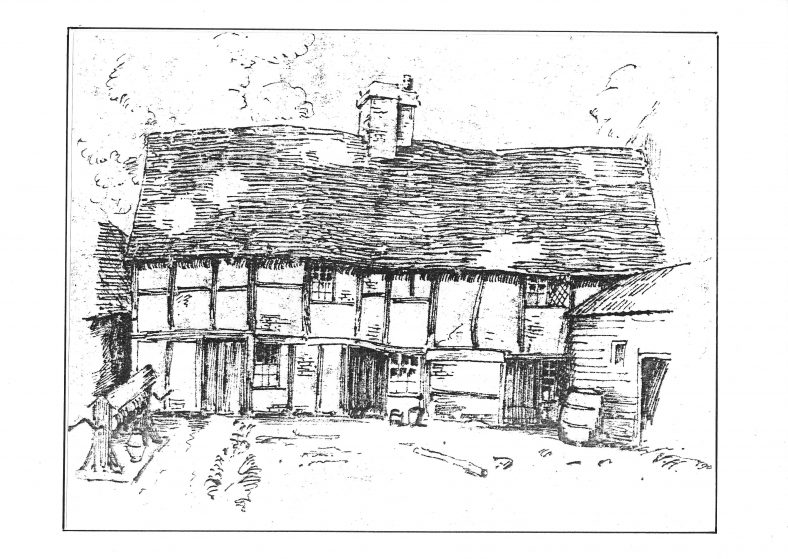 Sketch by Victor T Hodgson of the back of cottages next to the Leather Bottle pub, 1904 (all since demolished)