A tribute by her husband 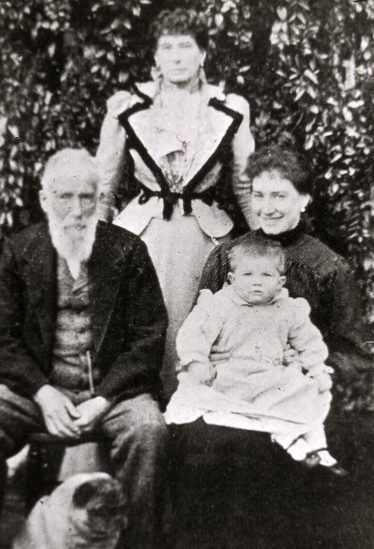 Sir John and Lady Caroline Lawes, with daughter and granddaughter

Sir John Bennet Lawes wrote a moving tribute to his wife Caroline after her death while on holiday with him in Scotland in 1895.  She had not played a prominent role in Harpenden life like some of her contemporaries did, and she did not appear to take much interest in his scientific work, but his account of their life together shows how much she was appreciated:

“It is difficult for a Husband to draw the character of his Wife, still I think some outline of the character of one who not only adorned the house for those who will come after her, but who left on the walls a collection of Paintings which would place her very high amongst the amateur artists of her time.  I need say nothing about her personal appearance, as a miniature by Murphy when she was five years old and a larger one by Sir William Ross painted in 1852 when she was thirty, leaves every one to draw their own conclusions.  She was not fond of society, and cared nothing about dress although she had very good taste, and dressed very well to please me, sometimes remarking that it was the dress I admired and not herself.  She cared very little about what was going on in the world, and she never looked at a Newspaper until after middle life, then she read the times regularly, but would not look at any other paper.

Her sister said that when she was a little girl she hardly ever laughed and I think this peculiarity remained, and that she was grave rather than merry.  She was very easily bored, and if she had been called upon to fight the battle of life alone under adverse circumstances she would have collapsed at once.  She cared nothing about London or Paris, but considered Ancient Rome the most fascinating place in the world, and some of her prettiest Paintings were done there.

Her two children were born almost within the first two years of her married life, so her nursery cares were soon over, but they were renewed again after her Grandchildren were born, as very soon after that event they were sent down to Rothamsted to be taken care of.  She had no general liking for children, but she was excessively fond of her Eldest Granddaughter from the time she was born, until the end of her life, and her last expression of grief, spoken a few days before she died, related to this Granddaughter who was then leaving by steamer in a stormy night.

The Honours conferred upon me from time to time even when shared by her when she became “My Lady” gave her very little pleasure. The great happiness of her life was to be in the Highlands, either painting or wandering about the moors while I was after Deer or Salmon fishing.  Although a slow walker she had a wonderful power of endurance.  For the last ten years of her life we gave up our moor at Dalmally and took a place in Loch Etive, and we had a steam yacht as we got too old to walk the hills.  From 1844 which was our first visit to the Highlands until 1895 we only missed coming up once, and latterly we used to come up for the months of May and again sometime in July remaining until nearly the end of the year.” 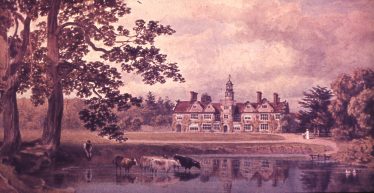 Sir John’s account closes with bidding her a fond farewell.  Early in their married life he had “persuaded her to take some lessons in painting.  She had a few from Leach, and afterwards from George Fripp.  At first she used to have a room at the Euston Hotel when he gave his lesson, but afterwards he came down to Rothamsted and continued to do so from time to time to the end of his life.  He constantly visited us in Scotland and both a Morenish and afterwards at Dalmally.  They would paint on the hill wherever I was shooting.”

This account, from a talk given by Amy Coburn to the Local History Society in 1998, was published in Newsletter 78 in February 1999.