His work in Kenya and life in Harpenden

Cuthbert John Wolfe Lydekker (John) 1891-1948, was the youngest son of Arthur Lydekker and Julia Mabel Durnford.  He was born 2nd April 1891 at the home of his parents, The Cottage which when the properties were numbered became 69 the High Street. He was one of Mr Grant’s first pupils at St George’s School, where his name is amongst those inscribed on the wall of the Old Library.

He went to Cambridge where he gained an M.A. before becoming a District  Commissioner in Kenya. His career there started in Nov 1914 as an Assistant District Commissioner in Lamu. Later he was posted to various corners of Kenya – Kisumu, Dagoretti, Nyeri (see below).

He married Clare Ann Margaret Griffith-Jones, the second daughter of Mr M P Griffith-Jones, in St Nicholas Church, Harpenden on 29th January 1920. They had two children: a son Ryck, who was killed in action in 1943 and a daughter Jane who is married and lives in Australia and who has a son and daughter.

John and Clare are recorded as travelling out to Mombasa on the Mulbera in August 1925 when their address is given as 10 Barkston Gardens, Earls Court.  They returned to England in 1932.

Settling back in Harpenden

From 1919 until 1934 John was registered on the electoral registers at 69 The High Street as an absent voter.

After his father’s death in 1935, John came back to Harpenden to the family home and became closely involved with the life of the Parish Church following in the footsteps of his  grandfather and father.  He had joined the choir as a boy in 1909 and he always ‘joined up’ in it on his periods of leave from Kenya. From 1937 he was a licensed lay reader. 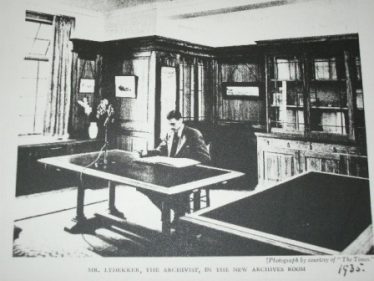 John Lydekker in the archive room 1935

and that ‘as a result of his researches in its archives, he obtained material which enabled him to write several interesting books relating to the New World and these, no doubt, were partly inspired by the association of his ancestors with America, for one of these, Ryck Lydekker, after whom his son was named, sailed in 1640 from Holland to New Amsterdam…..’  He was a Fellow of the Society of Antiquaries and of the Royal Historical Society and wrote a number of articles for the local papers on the history of Harpenden. He was also a honorary  member of the New York Historical Society.

Cornelia’s notes also record that in 1940 he joined the Local Defence Volunteers (later the Home Guard) and towards the end of 1941 was appointed Lieutenant and Assistant Adjutant of the 5th Battalion, Herts Home Guard, and in 1942 to a similar appointment in the Central Sector of the Herts Home Guard.  From September 1944, he had been a narrator in the Historical Branch of the Air Ministry, where he was engaged on the history of the RAF in the war.

John died on 21st January 1948 and is buried in St Nicholas Churchyard. 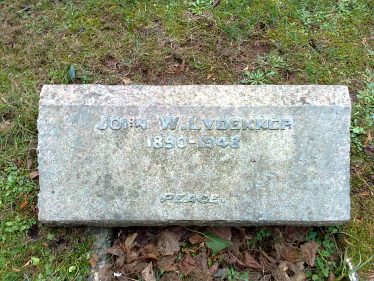 There are various entries and details of  C.J.W. Lydekker in the Official Gazette for his time spent in Kenya. 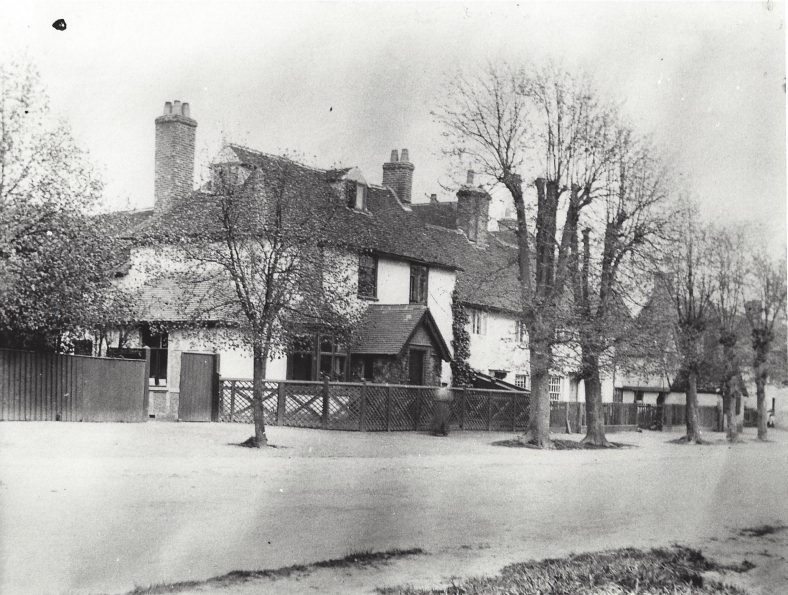 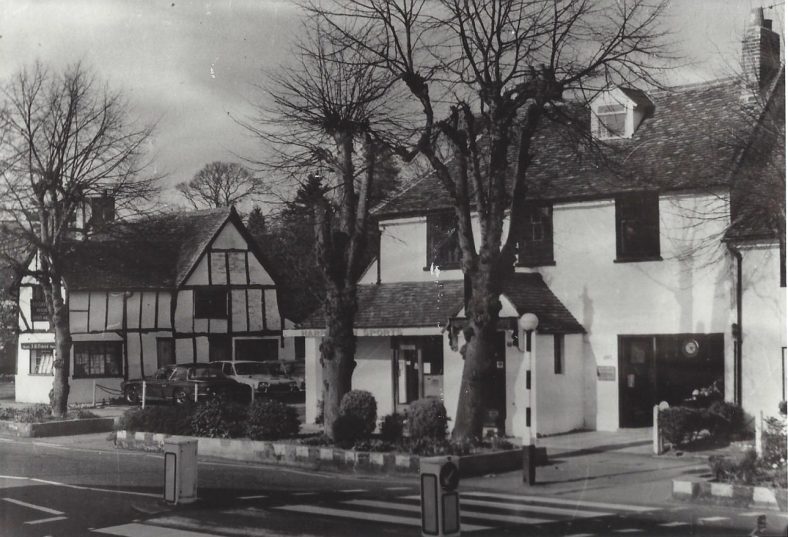