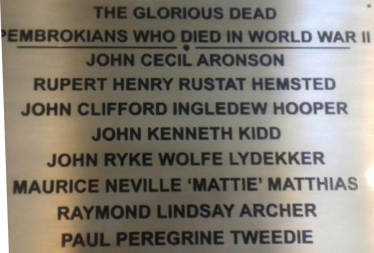 For a book on Pembroke School, Kenya, I have gathered together information about past students who lost their lives in the Second World War, one of whom was John Ryck Wolfe Lydekker (known as Ryck) born in Kenya but of Harpenden parents and whose name is on Harpenden’s War Memorial. 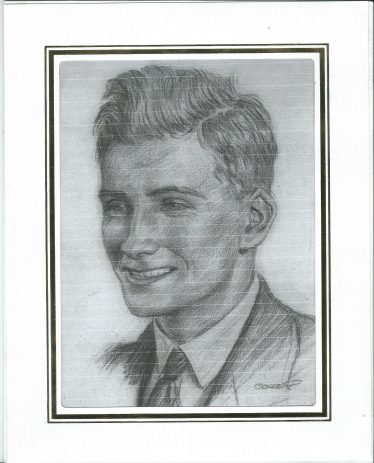 Ryck was born in Baricho, Kenya Colony on 24th August 1921, son of Cuthbert John Wolfe Lydekker, (known as John, and who was a District Commissioner in Kenya 1918- 1932) and his wife Clare of Toll Gate Cottage, 69 High Street, Harpenden.

In April 1929 Ryck started at Pembroke House School, Kenya, aged eight. His family returned to England in 1932, and at the age of eleven Ryck was founder member of Moreton End School. For the first term he was one of  five boys – himself, Randall, Faulkner Lee, Perkins and one other. The staff consisted of Mr Card and his wife Vera, who took on the role of Matron, and one male and one female teacher.

Ryck appears to have joined the Navy in 1936 although this is unconfirmed. By 1938 he was a Midshipman in the Royal Naval Reserve, aged 17.

At some point he was posted to HMS Quentin, although it is unclear as to when. HMS Quentin had quite a busy and successful war. In the Caribbean it was part of a flotilla that sank the German submarine U-162 in September 1942. Two months later, she and the Australian destroyer, HMAS Quiberon sank the Italian submarine Dessie off the Algerian coast.

Then in December 1942 there was the Battle of Skerki Bank in what was called ‘bomb alley’ between Sicily and the Tunisian coast. An Allied flotilla of five ships, including HMS Quentin caught a convoy off guard in the early morning. They sank four troopships, and a destroyer; the other destroyer and two torpedo boats were also heavily damaged and all in the space of thirty minutes or so. In response to this, both German and Italian aircraft were scrambled. Whilst the Italian torpedo bombers were attacked by Spitfires and pulled out of the attack, the German Junkers 88s got through and torpedoed HMS Quentin. She went down in the stern. HMAS Quiberon came along side to help rescue the crew for about ten minutes, but with the extent of the attacks, she had to pull out, and was attacked herself seven times before she got to safety.

It would seem that Ryck Lydekker was very much a part of this and he was ‘Mentioned in Dispatches’ for the first time.

With the demise of HMS Quentin, he reappears on the Canadian corvette HMCS Weyburn as a passenger. 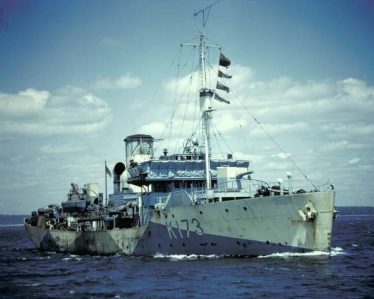 They were part of Convoy MKS-8 running from Gibraltar back to England, and at 11:17 on 23rd February 1943 they hit a mine laid by the German submarine, U-118. The mine ripped open the portside amidships, splitting the funnel from bottom to top and buckling the decks. After the initial explosion, all firing pins from the depth charges were safely removed except for two, which had jammed. This was done in hope that should the ship sink, the depth charges would not explode as the ship went under.

Ryck went immediately to the bridge to assist where he could, and managed to get a lifeboat afloat that had badly damaged launching gear. By now it was obvious that she was going to sink, and all men had left except the Captain, who had recovered but was in a dazed condition. Lieut. Milson was the last person the leave the ship, diving into the water and getting to Lydekker’s boat. It became immediately apparent that the Captain was still on the bridge, and Lydekker dived in to get him. As he got close to the ship it began to sink by the stern, and as it did so, there was a tremendous explosion from the two still-primed depth charges. That was the last that was seen of him and he was Mentioned in Despatches for the second time. Sub-Lieut. Wilfred Bark was also trying to get to the Captain; he was rescued but died of his wounds once aboard HMS Wivern.

Sub. Lieut. John Ryck Wolfe Lydekker’s name is on the memorial at Postmouth for those who were lost at sea during the war and on the town War Memorial and on a plaque in St Nicholas, the parish church, in his family’s home town of Harpenden.

Ryck’s mother was Clare Ann Margaret Griffith-Jones  the second  daughter of Mr M P Griffith -Jones.  She was born in 1900 in Kensington but the family were living in Harpenden by 1903.

CJW and Clare married in 1920 and had two children, Ryck and Jane.