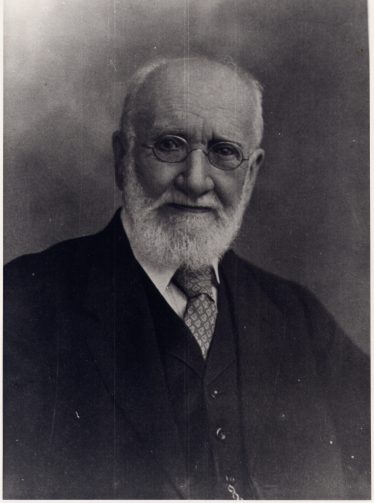 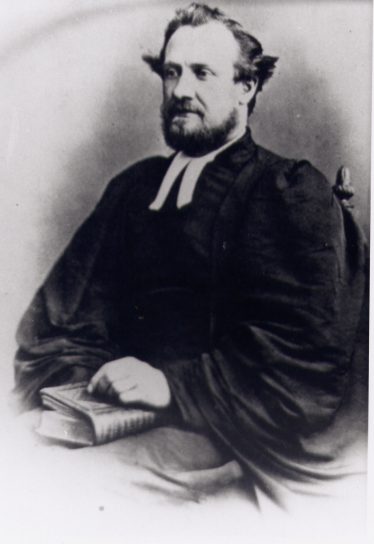 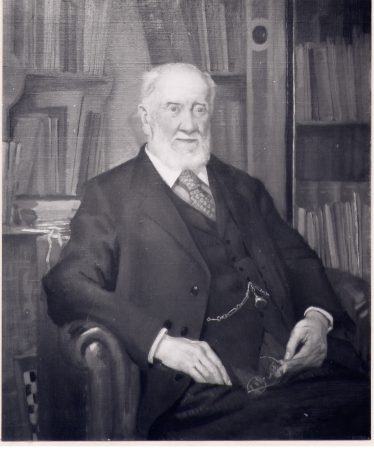 zoom
Halley Stewart, painting by John Frye Bourne, 1930, photographed before Sir Halley's daughter asked for the library background to be painted over.
LHS collection, cat. no. 1848 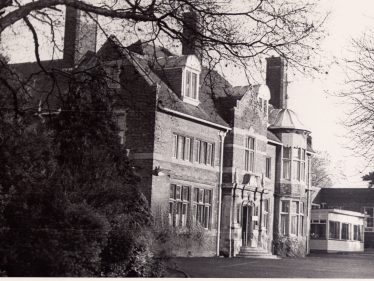 Halley Stewart, Congregational Minister, Liberal Member of Parliament, businessman and benefactor was born in 1838 at Chipping Barnet, the tenth of the fourteen children of Alexander Stewart, Minister of Wood Street Independent (Congregational) Church and his wife Ann.  Alexander had taught at John Lemon’s School, Holloway, while training for the Ministry at Hoxton College for Independent Ministers.  At Wood Street he opened a school to eke out his meagre salary of £100 pa.

Halley wanted to teach there, but needed to earn his living. He became a bank clerk and in his spare time taught in a ragged school in Bethnal Green and attended debates in Parliament.  Gladstone’s speeches inspired him to help the underprivileged and his time as a bank clerk taught him to understand finance. He moved to Hastings where he worked as a clerk, started a Sunday School in Croft Chapel and became its Minister in 1863 although he was never ordained.  In 1865 he married Jane Elizabeth Atkinson, who, with his sister, had a girls’ school there. They had seven sons and one daughter. About four years later his brother Ebenezer invited Halley to become a partner owning mills on the Medway to make oil cake cattle food. This became a flourishing and diversified business which they sold with profit in 1899.

Halley Stewart became Minister of the Caledonian Road Church, Islington in 1873, but after a few years left the Ministry for politics.  He was a founder member of the National Liberal Club, twice Member of Parliament for Spalding and from 1906-1910 for Greenock.  In Spalding he pressed for allotments for farm workers and for smallholdings – a social reform which was brought about by the Smallholding Act of 1907.

In the meantime Halley and Ebenezer went into partnership in 1900 to acquire a brickworks at Fletton near Peterborough and the lime, cement and brickworks of B.J.H.Forder in Luton.  From this enterprise came the London Brick Company of which Halley was the first Chairman in 1920 and later also Blue Circle Cement. (His son, Percy Maurice Stewart (1872-1951) had joined him in business in 1891 and was managing director of the the Luton-based Forder company and continued in the business until 1945.)  In 1900 Halley and his family had moved to Wardown House, Luton and in 1904 he bought the Red House, Harpenden.

Halley Stewart was now wealthy.  He did not think it wrong to make money; he paid his workforce well and insisted that after the employers had received an adequate return, the balance should be used for the community.  He disposed of his money from his office in the Red House, including for the establishment of the model village of Stewartby in 1926.

He raised money to increase the salaries of Congregational Ministers in Hertfordshire and established a scholarship fund for Harpenden students.  He contributed £500 towards the site of the Luton Road Mission Hall and was generous to the Vaughan Road Church.  The first was opened in a room at the Red House.  He founded the Harpenden Liberal Association.  When the Rothamsted Estate was for sale he contributed £500 to Sir John Russell’s appeal to buy the Manor House and farm for the Lawes Agricultural Trust and ‘purchased for the village the Manorial Rights of Harpenden Common’ at a cost of £2,500 – now vested in the Harpenden Town Council: we thus have one of the few Commons really owned by the people.

The decision to establish a Nursing Centre and Clinic at 40 Luton Road together with the simple granite cross on Church Green owed much to Halley’s firmly expressed view that the memorial to those who fell in the First World War should serve present and future generations.

In 1924 Halley Stewart set up his largest benefaction, the Halley Stewart Memorial Trust ‘to promote and assist pioneer research in medical, educational and religious fields’.  The Trust’s considerable benefaction of research over a very wide range of activities are still continuing and this work is worthy of wider public knowledge.

In 1929 Halley Stewart made over the Red House to the people of Harpenden, so that after his death it should be used as a Hospital.  He also left one quarter of the cost of necessary alterations, subject to the people of Harpenden raising the remainder.  In 1930 Halley’s portrait had been painted by John Frye Bourne, son of the Congregational Minister at that time, and in 1932 Halley was knighted for his benefactions.  He died in January 1937 just short of his hundredth birthday, having bequeathed the residual estate to the Trust ‘to serve the one family of which we are all members’

An appeals committee was formed to obtain Harpenden’s contribution to the necessary conversion and extension required to turn the Red House into a hospital.  Events included an elaborate carnival organised by Mrs Edwina Nott.  A local architect, Mr W.B.Binnie, gave his services free.  The Trust contributed a further sum to the appeal fund and, despite the war, the hospital opened in 1941 free of debt.

The Red House in Sir Halley Stewart’s day had its entrance in St Georges Walk, later named Stewart Road after him; the Carlton Road entrance and hence the somewhat unfortunate change of address came after the conversion to the Memorial Hospital.

By Marjorie Bawden (from Town Council's Forum, Sept 1987), with additions