A celebration of his life based on family papers and memories 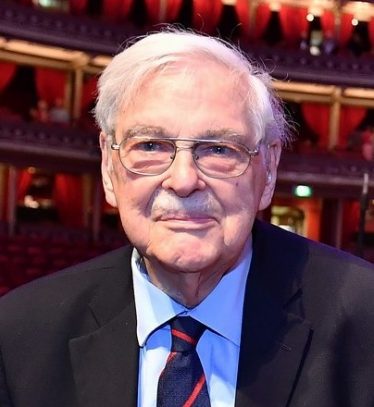 Harold Beck was born in North Kensington, London in 1924, the second child (of 5 – 4 boys and a girl) of Harry and Beth Beck. Harry was a master printer, running the family printing works with his brothers. He was also a pianist, organist and choirmaster.

Treated for asthma for nearly all his life, Harold was sent away to a convalescent home on the Isle of Wight for 3 months at the tender age of 4. He went to Oxford Gardens (Infant and Junior) School, and then on to the Regent Street Polytechnic School near Oxford Circus – still there but now part of The University of Westminster. It was while at the Poly that, aged 12, he first started attending Prom concerts in the nearby Queen’s Hall with his family – a habit that continued throughout his life, though moved to the Albert Hall in 1941.

On 1 September 1939, two days before war was declared, Harold was evacuated, with his school and his younger brother Alan, to Minehead in Somerset where he stayed until the end of the school year in summer 1942. Then he was offered a bursary to study Physics at Kings College London (KCL). KCL was based in Bristol at that time, itself extensively bomb-damaged, but moved back to London the following year. His first major encounter with the war came while sitting his finals, when the devastating V1 attack on the Aldwych on 30 June 1944 happened as he was taking his Physics practical exam just a few hundred yards away.

A bad asthma attack denied him a degree in 1944 but he continued as a part-time student at KCL and earned money from his expanding electronics and radio business – designing, constructing and repairing. He graduated in 1947 and joined British Oxygen Company (BOC) as an Assistant Physicist.

In January 1950 he married Sheila Mason, who he had first met at primary school, at Holy Trinity Church, Latimer Road, North Kensington. They set up home in rented rooms in the vicarage of Holy Trinity Mission (now The Harrow Club), but in September that year they moved when Harold took on a new job at Cambridge Instruments, working in the new field of medical electronics – particularly significant for him was his work on developing the ECG. After living first in Chrishall and Saffron Walden, they moved to a flat on Chesterton Road, Cambridge, where their first two daughters, Jennie and Catherine were born.

In 1956 Harold got a job at the Cavendish Laboratory of Cambridge University, trading town for gown. He started work as Head of the Electronics section (officially he was Engineer in charge of Nuclear Equipment!) in March 1957. He was elected a senior member of Gonville and Caius College and the family moved to Windsor Road, where Bridget was born..

Move to Harpenden – involvement with the community

After five years as an academic Harold returned to industry and took up a research job at Marconi Instruments (MI), based in St. Albans. So began the third, and longest, chapter of his life – the Harpenden years. His job at MI started in January 1962 but it wasn’t until early 1963 that the family moved into 6 Manland Way. His job involved a lot of international travel and his family put up large maps of his destinations on the walls of the new house to follow his journeys.

His next, and last career move, in 1971 was to Hatfield Polytechnic Management Centre, teaching general management and behavioural studies. The hours were better and gave him the opportunity to get more involved in community life. This included running a Stewardship conference in the Parish of Harpenden.

In 1973 he was elected as a Conservative councillor in the new St Albans District Council. However he then took issue with the party over proposed ward boundary changes, in particular the division of Batford into two different wards, contrary to the official guidelines. He subsequently stood as an Independent, and came top of the polls in the 1976 and 1979 local elections.

Appointed chairman of the new North West Herts Community Health Council in 1974, he was involved as a patient representative in several contentious issues, the protection of Harpenden Memorial Hospital from closure in 1975, the choice of options for hospital developments in St Albans and Hemel Hempstead, the early debates over the future of long stay hospitals for mental health and mental handicap such as at Hill End and Cell Barnes, and the local provision of NHS dentistry. He retired in 1982 when he was appointed to Hertfordshire Area Health Authority.

He joined the Harpenden UN Association and becoming its Chairman in 1976, he organised meetings on Human Rights and The Roots of Violence. During his chairmanship many distinguished speakers addressed the public meetings, and events were organised at local senior schools. He retired as Chairman in 1985, succeeded by Maude Oliver.

He Co-chaired with Charles Hill an enquiry into the care of the elderly in and around Harpenden. They published their report Living Longer in Harpenden in 1983.

As a member of Harpenden Local History Society he edited extracts from Cornelia Clutterbuck’s journals for this website in 2013/14, most notably her account of post-war Scout Relief Work in  northern Europe.

Harold retired in 1989 but didn’t give up the good works. For example, for a while, chairing the Harpenden branch of what is now called Asthma UK as a way of expressing thanks for the medical advances which enabled him to live with asthma for 93 of his 97 years.

His retirement was also devoted to being a doting father and grandfather to Rob (born 1986) and Lizzie (born 1989). He and Sheila travelled the world to visit his siblings and his many nieces and nephews in Ontario, Vancouver and New Zealand.

He also took up two completely new pursuits in his later years – cooking (baking his first cake at the age of 90) and becoming the ultimate silver surfer.

He lost his darling wife, Sheila, in September 2019 and was only just beginning to adjust to life without her when Covid struck. He showed the most amazing resilience during lockdown. He had an inner strength that kept him going and he was able to keep himself socially nourished via seeing people through the door of the porch and by embracing technology, Zoom meetings, WhatsApp and online shopping.  He retained his zest for life – his love of music, of good food and wine and of good company, right to the end.

Harold Beck set up his own website in which he analysed the phases of his life – www.haroldbeck.org.uk