Births Marriages and Deaths and other information 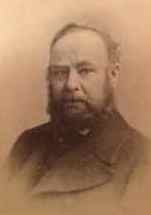 Samuel, JJ’s father, was born about 1816; he married Eliza Lattimore (born Sandridge c 1806) at St Brides, London in 1841.  It was probably his death that was registered in Luton in 1844 leaving Eliza a widow until her own death in 1883 in Harpenden where she had been living next to the Cock Inn for at least 13 years. She is buried in St Nicholas (Harpenden) churchyard.

John James was born in Wooburn Bucks in 1842 although his place of birth in the censuses 1881 – 1911 varies in place and county (often the wrong county for the place!); the most consistent was Braywick (but Bucks not Berks!) (1891, 1901 and 1911). There were Willis’s in the Bray area  – were they relatives?  However in the 1851 census when JJ and his brother Thomas were with their mother Eliza in Sandridge they were both recorded as being born in Wooburn (although the county was given as Beds!) He died in 1911 in Harpenden. 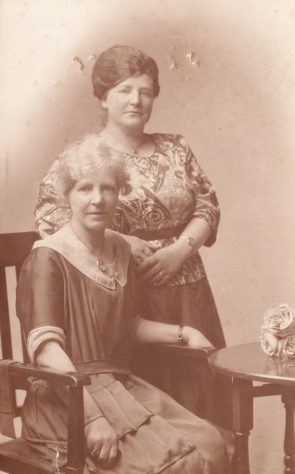 His wife Jane was a Harpenden Archer born in 1839.  She and John (he didn’t seem to use his middle name James, except officially, until later) married in St Nicholas in 1867 and she predeceased him, dying in 1910.  They had lived in ‘Heckla’, a house in Carlton Road since the mid 1880s. 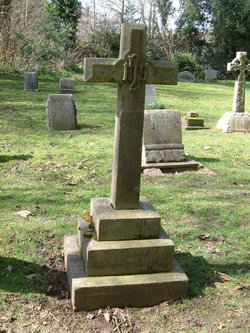 Jane and John James are buried together in St Nicholas churchyard.

J actually had six sons but Samuel Edgar, born in Harpenden in 1869 died aged 5; he is also buried in St Nicholas churchyard. Hence only five brothers of Batford Mill. There were two daughters, Kate and Gertrude

Kate.  Her birth was registered 1st quarter of 1871 St Albans and she was baptised on 12 March in Harpenden (presumably in St Nicholas Church). By 1901 she had left home and was working for Derry & Toms in Kensington as a dressmaker’s fitter, living with other girls including a milliner’s assistant.

There is a Thomas H Dyer in the 1901 census ‘a (hat chiffon? -not clear) tissue salesman’, lodging, together with his brother Bertram, in Hammersmith. Kate married a Thomas Harry Dyer in St Nicholas church in April 1904, so was this a work-related romance?

By 1906 they were in Acton Green for their daughter Nellie Jane Kathleen was baptised there.  However from the 1911 census of Ireland they had moved to Ireland and from their probate reports it would seem they both died there (Thomas 1937 and Kate in 1954) although both probates were administered in London; Kate’s by Nellie.

Frederick Archer Willis (born 1872) was an under gardener at West Hyde in 1891 and married Florence Lilian Reeve (born Northampton 1873) in 1899. In the 1891 census Florence was a pupil teacher living with her parents in Chapel Row, Harpenden. The Reeve family had had at least one interim move having been in Marylebone in 1881. Frederick and Florence’s wedding was registered in St Albans but not found recorded in St Nicholas Parish Magazine so possibly they married elsewhere; perhaps at St Peter’s St Albans where other Harpenden girls married? Another Florence Reeve (single) was in Harpenden in 1901 a servant born Harpenden, so were there already relatives in the village?

Frederick and Florence started married life with Edgar Thomas and his wife at their horticultural nursery in Amenbury Lane but by 1911 they had a house in Luton Road – Sunnymead which became no. 66. They were there until they moved to Cornwall. 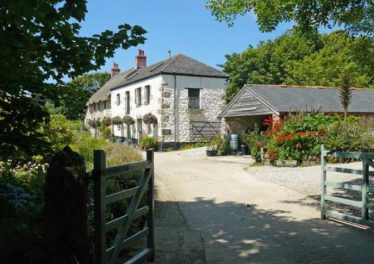 They were no longer listed in the 1938 Kelly’s Harpenden Directory but were in the 1939 Cornwall register living in Boscrowan, Heamoor Cornwall so must have moved 1938/9. He was described as a flower and fruit farmer. It could be that Frederick died in Cornwall as a death of the right name and age was registered in 1948 in Penzance and the probate of a ‘Frederick Archer Willis to widow Florence Lilian’, administered at Bodmin is recorded so it seems likely.

They had at least one daughter Florence Gertrude May who was with them for the 1911 census. A Florence Gertrude May Meyer (widow) administered the probate of a Florence Lilian whose death aged 92 was registered at Haringey in 1965 which would mean that she had returned to the London area at some stage. Perhaps the Meyers were living there. Florence had married Victor A Meyer in 1921.

In the 1939 register granddaughter Pamela Meyer (student) aged 17 was living with Frederick and Florence  – on holiday or out of London because of the possibility of war?

Edgar Thomas (born 1875) was with Frederick in 1901 working their Amenbury Lane nursery. He had married Florence Bazley in St Andrews Marylebone in 1900.

They moved to Pendeen in Kirkdale Road around 1932/3 and may have moved to Cornwall soon after; he was certainly there by 1939 as he and Florence were listed in the 1939 Cornwall directory living in Boscrowan and he was a market gardener. 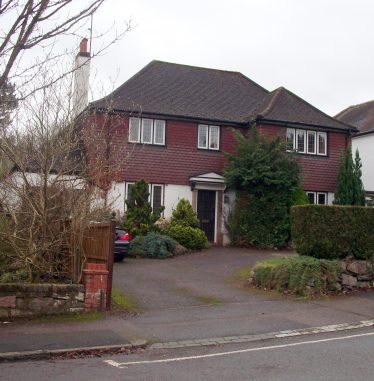 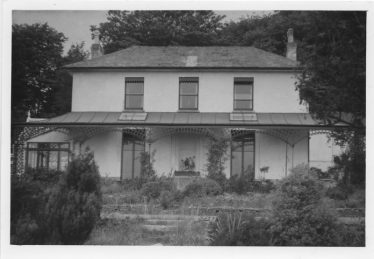 Edgar emigrated to New Zealand in 1951 (see below) and from the 1950 photograph of the house it looks as though they may not have been living in Lower Lariggan for a while before they went. It is now a grade ll listed early 19th century house. 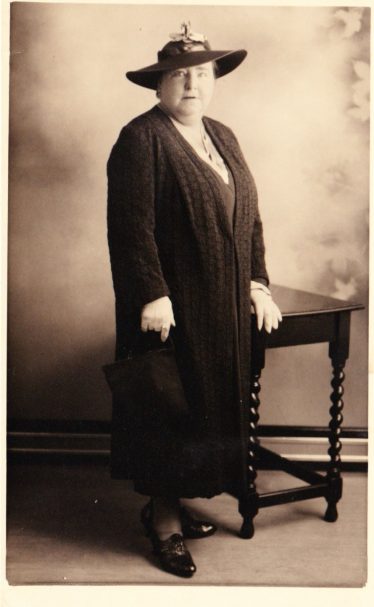 Gertrude JJ’s other daughter was born in 1877. In 1901 she was a draper’s assistant at Adnitts, Drapery Northampton – a large superior drapery store, now Debenhams – rebuilt? Staff had to live in. She died in 1948 of a heart attack. 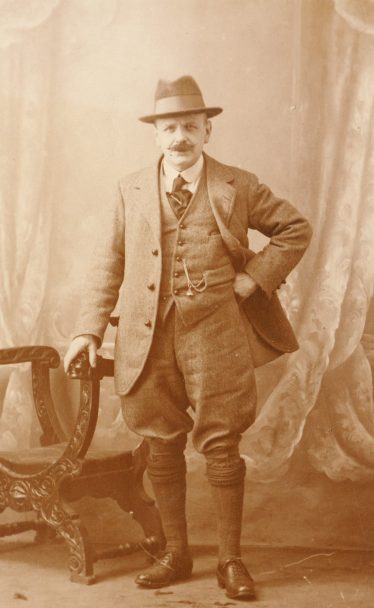 She possibly met her husband, Frank Lawrence, through work for he came from Northampton the son of a master tailor and he himself became a master military tailor.  They lived in Northampton and he had a shop and workshop in the town with a staff of 20.  By 1939 he had retired according to the register of that year.  They had a son Gerald and a daughter, Gwen and it looks as though they had caravan holidays! It would seem they were royalists as Frank obviously sent a letter of congratulations to Princess Mary (the Princess Royal) presumably on her engagement to Viscount Lascelles and they decorated the shop on some other royal occasion – but why in french?! the Lawrence’s shop in Northampton Frank Stanley (born 1879) In 1901 he was boarding in Prince’s Street, Dunstable and was an ironmonger’s assistant. He married Ellen Knight and died in British Columbia, Canada.

George Roland (born 1883 sometimes recorded as R.G.) was a patient in St Mary’s hospital in 1901. His marriage to Alice Hone was registered in 1904 at Maidenhead but they were in 10 Newcombe Street (now Park Hill), Harpenden for the 1911 census. He volunteered in 1915 and saw service on the Palestine Front in many important engagements. He was Mentioned in Dispatches and died in February 1919 from ‘an illness contracted on service’ (pneumonia in one report). He is buried in Beirut War Cemetery. In ‘The National Roll of Honour V: Luton’, his address is given as 24 Laurel Street, Luke’s Road, Maidenhead. Leonard was born in 1885 and married Lilian Emily Wood (born Luton 1884) in 1909 in Luton. In the 1911 census Leonard was a horticultural sundries man (working with Frederick and Edgar T?). Lilian’s birthplace was not filled in and she is described as ‘Brit-sub by parentage’ but her birth appears to have been registered in Luton; they were living at 21 Cowper Road, Harpenden (built by William Samwells in 1884/5). By the 1939 register they are in Culverhouse Road Luton with a George Willis (their son?). At his death in 1948 Leonard was at Batford Mill House and his daughter Kathleen Tyrrell administered his probate. Kathleen had married Kenneth W Tyrrell in 1940 in Luton.  Leonard and Lilian also had a sons Reginald (with them in 1911), Dennis and a daughter Edna. Edgar John was Edgar Thomas’s son (1911 census born 1901). He married Rita Gwendolen Messer, a Harpenden girl, in 1927 and they were living in ‘The Cabin’ Townsend Lane in 1930 but by the 1933 Hertfordshire Directory they had moved to ‘Tenterstones’ Kirkdale Road (which became number 23) and were there until emigrating to New Zealand in 1951. In the 1939 register he was described as a fertilizer factory manager. Was he in charge of the Batford mill works? 1950 saw him travelling from Las Palmas to London probably travelling with David Jennings (aged 17) of Lower Ascott, Leighton Buzzard as both were horticulturists (was David working at Ascott House?) and were listed sequentially. It would be interesting to know why they made that trip – work or pleasure?

Reginald L (Leonard’s son) was born in Harpenden in 1911 and was one month at the census. He married Miriam Witton in 1933 and in the 1939 register they were living in Luton and he was a carpenter/joiner. Miriam died in 1984, registered in Ampthill and Leonard two years later in Luton.

Emigration and other travels

Apparently one branch of the Willis family emigrated to New Zealand in the late 1800s/early 1900s to become sheep farmers.

Frank – as noted above, emigrated to Canada. His name is on the passenger list of the Canada which sailed from Liverpool on 3rd March 1910 in transit for Battleford, Saskatchewan. He was single, could read and write (!) and his father, JJ Willis of Harpenden Herts, was given as his nearest relative. He presumably met (?) and married Ellen in Canada.

Edgar Thomas and family. Before or in 1938, an Edgar Willis had been out to Australia, because one was listed as a passenger travelling from Brisbane to London that year. He is also recorded on the passenger list of a 1938 journey Port Said to Plymouth (a leg of the Brisbane/London journey?) and was recorded as living at Lower Lariggan Ho.(see above).

In 1949 again, an Edgar Willis was a passenger travelling from New York to Southampton. He was 74, so if he was JJ’s Edgar Willis it would have been Edgar Thomas. Then in 1951 the whole family travelled (1st class) to New Zealand – Edgar T; Edgar J and Rita his wife and Keith T Willis (Edgar J’s son) with a UK address of 23 Kirkdale Rd Harpenden – Edgar J’s house

In 1956 Edgar T obviously visited England and on his return journey he was recorded as ‘citizen of N.Z.’ and that was recorded as his country of ‘previous and future permanent residence’. His date of birth was correct. His address in UK was given as  Marden, High Street, Wheathampstead, Herts and he was retired. In 1962 an Edgar Thomas travelled from Wellington to Port Everglades as an alien in transit (was this the same Edgar? Was he going to England again?)

It would seem both Edgars stayed in New Zealand until they died, with Edgar John (farmer) and the New Zealand Insurance Company administering his father’s probate (£27,439 so he could afford those first class tickets!). Six years later in 1969 an Edgar J left £5612. It may be that Rita returned to the UK as a Rita Willis flew back to the UK in 1956 and possibly died in St Austell.

Much of the information above comes from Ancestry.com; from St Nicholas parish magazine or from family sources for which I am particularly indebted to Anthony Fox Carter and Chloe Hucklesby, grandchildren of Gertrude and to Anthony Willis grandson of Leonard. Some is conjectural but hopefully it is correct.  If you know it is not please do let us know and/or let us have any other relevant information via ‘contact us‘ or as a comment on this page.

There are Willis family trees on Ancestry

Please note any  photos not credited are the property of the families.