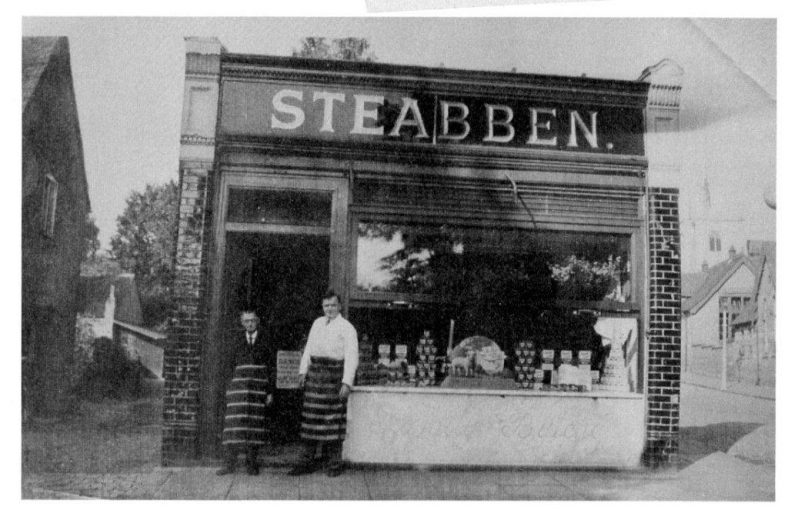 Shop at Church Green, Harpenden with Batchelor’s Row on the left and Rothamsted Avenue on the right – Adrian Steabben Hepworth

“In 1865 Walter Steabben, aged eighteen, started his butcher’s business somewhere behind the Old Cock Inn. In 1880 this shop was built, on the corner of Church Green and Rothamsted Avenue. He lived in the house behind it (Ivy Cottage). During the First World War he was the meat controller for the Harpenden District: it was not an easy job; meat was scarce, and on occasions, unobtainable. In January 1918 it Is recorded that one day, ‘of the three principal butchers’ shops, one was closed, another empty of meat, although seven sheep had recently been cut up and disposed of in little over an hour, and the third was selling a few fragments’. Walter Steabben retired because of ill health in 1922 and died 10 years later.” 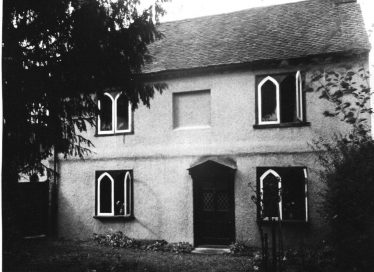 Well back from his shop was his double-fronted house (Ivy Cottage), originally a farmhouse, which had a large cellar, and behind this his slaughter house, stables and sheds, and behind these a field in which animals for slaughtering were kept. Beside his shop was a wide entrance to these properties.

2.      At this time (World War 1) the Church Green residents were a closely knit community all knowing one another and sharing their problems and worries. I do not remember any “Zepps”, as they were called, coming over but I do remember being woken up, wrapped in an eiderdown and, with my sister, being taken up the driveway to Mrs. Steabben’s house, my sister hanging on to mother’s skirt and walking barefoot through puddles. The Steabben’s house had a partly underground room as well as a cellar and this it was hoped would give us some protection as well as affording us company during the raids.

3.      Among other women who dominated our lives in Harpenden, there was Hilda Hodge, daughter of the chimney sweep, who worked at Steabben’s and cycled round the district delivering the meat ……” 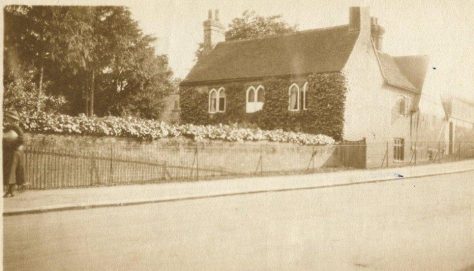 “Ivy Cottage in Rothamsted Avenue was the home of Walter Steabben and his family for many years. In the mid-eighteenth century it was the homestead of a hundred and sixty acre farm, and known as Church Farm. The earliest parts of the house dated from Tudor times. It had a large brick floored kitchen with oak beams, from which hung smoked hams. Beneath the kitchen was a cool cellar where meat was stored before refrigerators. Behind the house were stables and a slaughter house, and a small triangular field where sheep were kept; beyond that a large secluded garden. Entry was by a carriage way between the shop and Church Green cottages. The house, the shop, and the cottages were all demolished in 1959; Harpenden’s first supermarket was built on the site, together with a block of shops and flats above.” 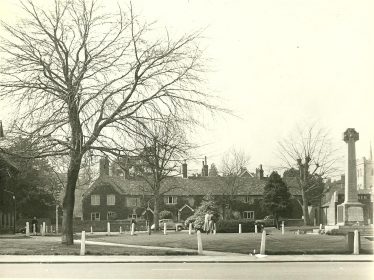 It might be interesting to give an impression of the Steabben’s old house and our three cottages called Batchelor’s Row. The oldest part of Mr. Steabben’s house was Tudor with many beams, low ceilings and passages. The front was of a later date, probably 1750. The windows in the front were gothic shaped and the brick wall was covered with ivy, hence its name, Ivy Cottage. Mr. and Mrs. Steabben lived there together with their three maiden daughters, Eva who ran a private school in Tennyson Road, May who was not very strong but artistic, and Winnie* who was in business in town.

The front door was centrally placed with a living room on each side, one which was called the drawing room had chintz-covered furniture, flowered carpets and a piano, as well as family pictures everywhere. Behind these rooms, and along dark passages the dining room which later became known as Miss May’s room. This room was partly underground and had a stained glass window which opened on to Rothamsted Avenue at ground level and also on to the small triangular field where sheep were kept prior to slaughter. Along further passages was the huge brick-floored kitchen with oak beams from which hung smoked hams. Adjoining this was a pretty little room with small diamond pane windows and gleaming horse brasses, saddles and leather straps, etc. This room was always known as the saddlery. Below the kitchen was the cellar proper where the meat was stored. The shop was reached by a long path from the house to the single-storied butcher’s shop which faced Church Green. Much later an extension was put on to house a refrigerator. There were four bedrooms upstairs and a bathroom with a very, very old iron bath with huge taps at one end; and it stood on big iron legs.

Behind the house were stables and slaughter houses with a scrubbed cobbled yard. The large garden was an absolute paradise with neat box hedges, a huge white heart cherry tree, currants both red and black and raspberries for the picking. There was an asparagus bed and Mrs. Steabben gave us one feed a year; this we reserved for Sunday with a roast shoulder of lamb followed by gooseberry pie. At the far end of the garden was a secluded lawn and summer house where Miss May did her writing and painting.

This small domain was reached by a carriage way from Church Green between the shop and the cottages.” 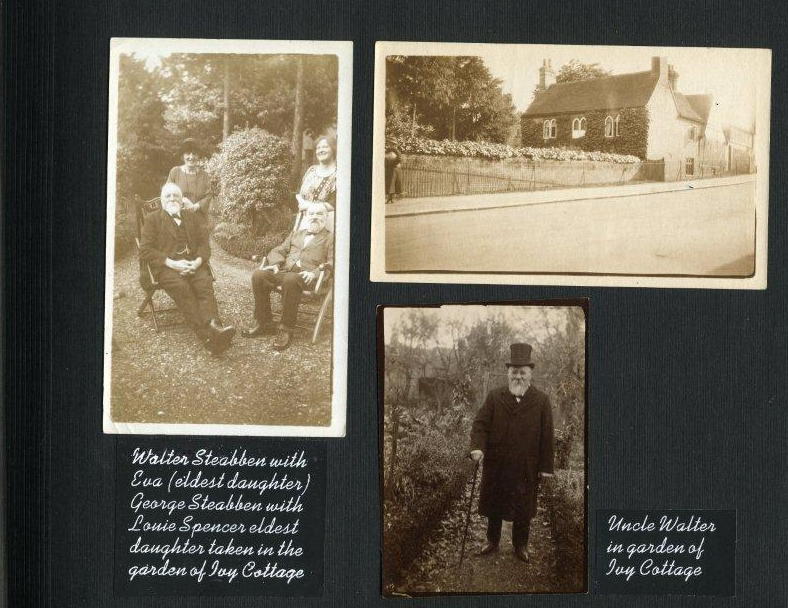 From the family album

The caption on the left reads

and on the right  ‘Uncle Walter in garden of Ivy Cottage’

Adrian Steabben Hepworth is also doing research into the Steabben family and provided the photographs.

“My maternal grandmother was a Steabben and as a boy I remembered her saying that the Steabbens were wealthy but not her branch. This intrigued me and about 10 years ago I started researching the family tree. I was so surprised by what I found – the name appears to stem from about 1796 when I believe an Isaac Stebbin married in St. Albans Cathedral into a well to do family called Bradshaw and spelled his name as Steabben on their Marriage Certificate. Evidence of that is that several of his children were christened Stebbin but later used the name Steabben. Anyway he went on to have several children between 1797 and 1818 and they were either builders, grocers, butchers or tailors except one who became an Excise Officer. Hence the wealth bit I suppose. Their children did the same but the next generation had all daughters and after 1900 only one male was born and that was my Uncle Joe in 1916 who is still alive. So the surname has all but died out with the exception of my Uncle Joe and a family in Melbourne.

Yes my Nan was right they were all wealthy – Indian Colonels, businessmen, grocers, butchers, authors, clairvoyants – not a Labourer anywhere to be seen.

Except my branch who did not fare so well!”