A survey in 2020 of plaques dedicated to individuals, organisations and events 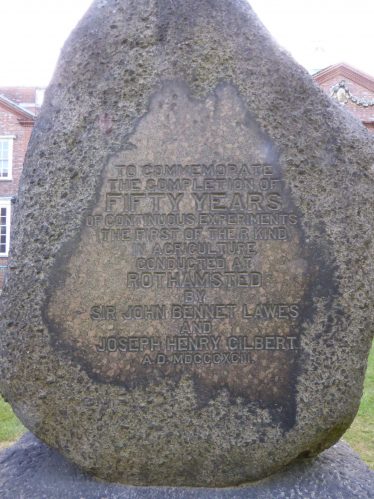 Celebrating the first 50 years of research at Rothamsted 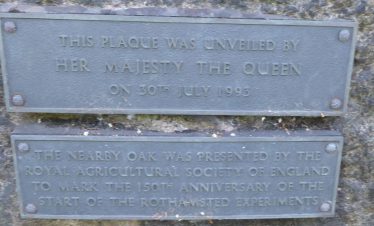 Apart from the obvious Town War Memorial and inscriptions in churches and cemeteries, there are a number of small plaques seats throughout the centre of Harpenden and on park benches and trees, commemorating people or events, such as the 50th anniversary of the founding of Rothamsted Research and the first 150 years of research.

Location of the Memorial Plaques 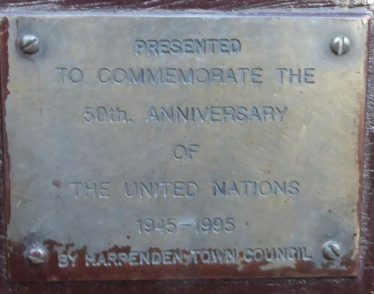 Celebrating the first 50 years of the United Nations

At the Bus Shelter a bench commemorates the 50th anniversary of the United Nations in 1995. A further bench is in memory of Cllr Colin Curl who died in 1994 (the plaque is very faint). Near Sainsbury’s is a bench from the Jeakings Bequest in 1979. Opposite Santander is a bench donated by Harpenden (Evening) Townswomen’s Guild in 1970, commemorating their 21st year.

Near Anvil House stands a Norway Maple donated by Jarvis Ltd in 2008. 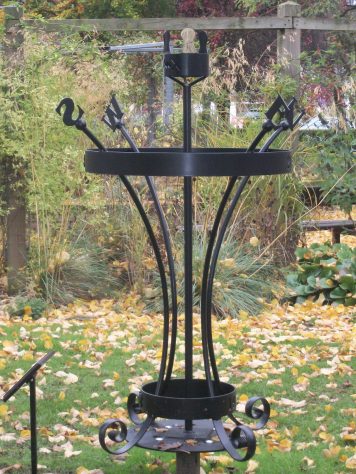 2012 Jubliee sculpture near the Sensory Garden

The Jubilee Crown was installed in 2012 to celebrate the Queen’s Diamond Jubilee. The Braille Plaque dating from 2010 honours Cllr Phyllis Moore. Benches commemorate the 2000 Millennium donated by the Harpenden Society, the Townswomen’s Guild in memory of Florence Roberts in 1998, The Harpenden Guide Association in 1999, in addition to the plaque celebrating their diamond jubilee in 1970, and from TocH in memory of Rev W. and Mrs J.M. Elliott (undated). 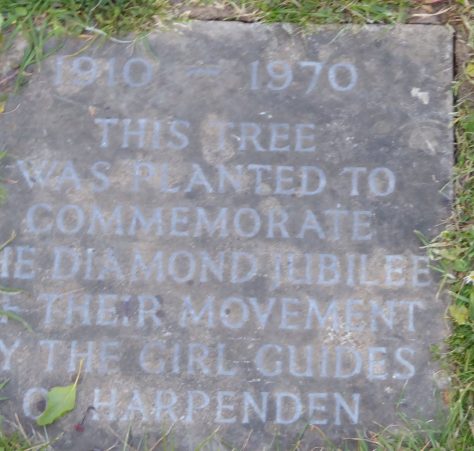 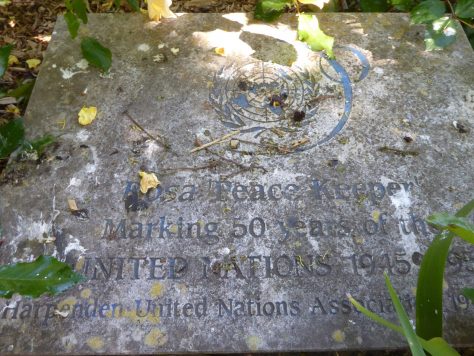 A stone plaque and a ‘Rosa Peace Keeper’ rose was donated by Harpenden United Nations Association in 1995 and rededicated in 2005. 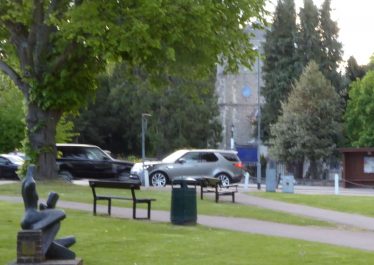 Tete-a-Tete and benches on Church Green 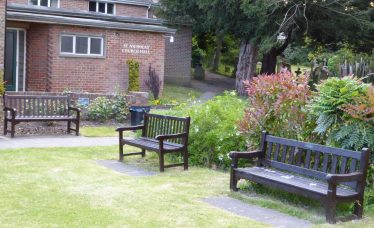 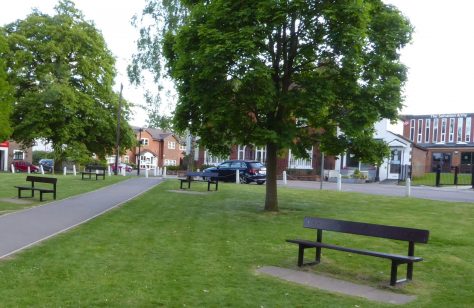 Outside Waitrose, there are two seats made of recycled waste plastic. 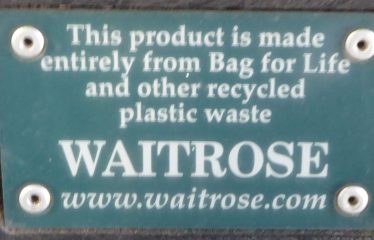 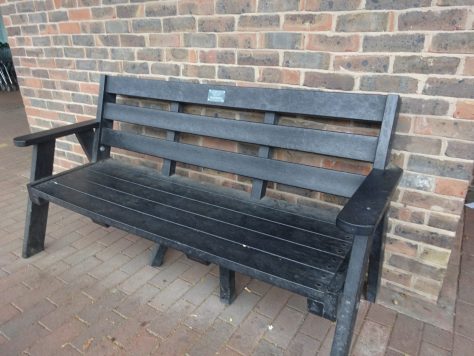 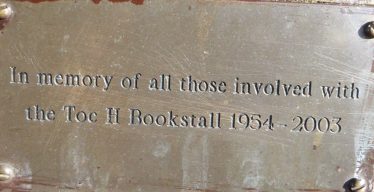 The TocH bookstall was a popular magnet for many years 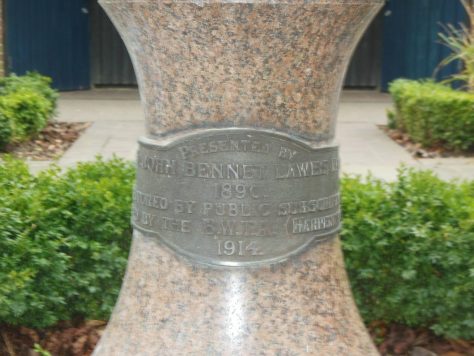 The fountain, originally a drinking fountain and nearer the road, was donated by Sir John Lawes in 1890 and was rededicated in 1914 by the Harpenden branch of the British Women’s Temperance Association. It was moved to its present position, when the subterranean public conveniences were replaced.

Harpenden Common to the Silver Cup 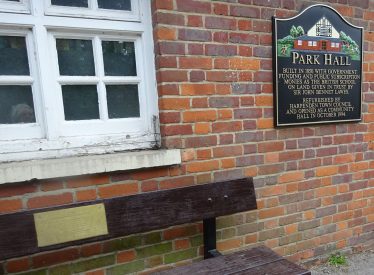 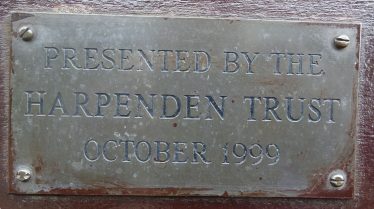 Outside Park Hall two benches donated by the Harpenden Trust, 1999. One of these benches rededicated to Cllr Ian Fulton (1934-2019) by the Scouts, recognising his work in replacing the diseased elm trees with beech trees. Outside Harpenden Town Hall: Cllr Dorothy Mills (1921-2019). 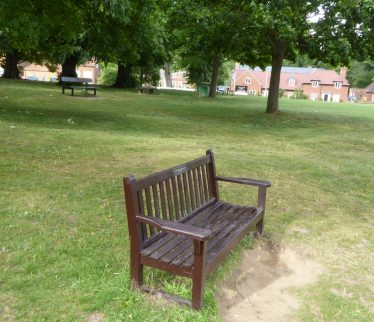 Benches beneath the Baalamb trees

The oak planted to celebrate the first 25 years of town-twinning with Alzey did not survive, but the partnership has continued to flourish

By the Southdown Ponds, Alan Golds and Fred Golds (undated). Mary Frances Aks. Doris Irene Sylvester (1936-1999). A further bench was donated by Harpenden Horticultural Society, and another by H.J.Gray Ltd in 1999. 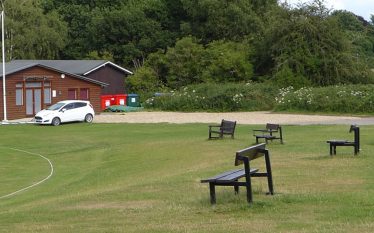 Between the Cricket pavilion and Queens Road, Russell and Peggy Taylor. A further bench donated by the Dennehy family. Under a tree near Queen’s Road, John Lines (1916-1991).

The Jeakings garden in Rothamsted Park

A further bench has a simple verse: “Sit a-while and rest your feet. You will not get splinters from this seat. October 1995.” 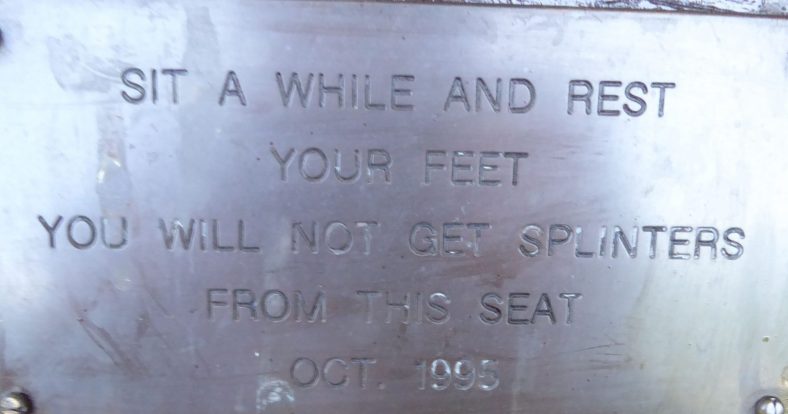 At the junction, a seat referring to the Baha’i World Faith.