The Montaubans and St George's 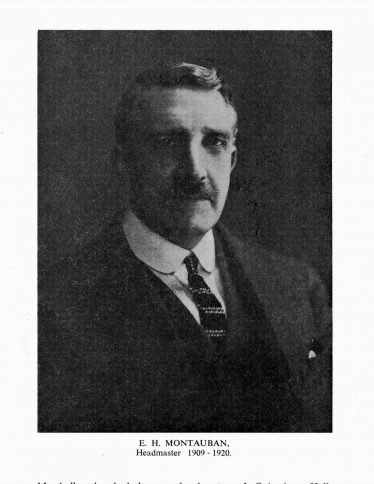 Edward Montauban, who retired to Harpenden in 1935 and lived at Bramble Corner, 5 Devonshire Road (now redeveloped) until his death in 1954, was an active promoter of Public School education.

He was a considerable benefactor to St George’s School, providing the money for the Montauban building in 1936. The minutes of a meeting in July 1936 read: “Mr Montauban to supply £3000 for dormitories for boys on the 1st floor of ‘new buildings’ also providing bathrooms and staff accommodation for masters and matron.” He became a Governor of the school and acted as Bursar during some of the most difficult war years.

Montauban was headmaster of Dover College Junior School until 1909, then headmaster of the independent preparatory school for boys, The Hall School, Hampstead until 1920, and the Hall Junior School until 1924.  In 1923-4 he was very active in raising funds for the purchase of Stowe House in Buckinghamshire as a new independent Public School for Boys. Although slow to attract sufficient pupils, Stowe later became a famous and successful public school, set in magnificent surroundings.

He was an early and prominent member of the Incorporated Association of Preparatory Schools. In early 1939 there was concern about the possibility of war, and plans for evacuating children and schools from London. Montauban wrote to the Harpenden ARP officer as follows: “Dear Sir, Re Billeting of Children: Besides children from the municipal schools in London there are also the large number who attend private schools there. For these and their reception provision obviously needs also to be made. A plan for this is being drawn up now by myself (I having been Secretary to these Schools and a member of the main Council) and Mr. A.M. Evans, my successor in that post. It would assist us in our work if I might have a short Conversation with you …”  There is no record of the outcome of this enquiry.

K.R.A. Hart, a Hall School Old Boy, wrote: “Edward Henry Montauban was ‘a character’, and knew it.  A humorist, he was also a consummate quick-change artist, and the twinkle in his eye could yield in a split second to an ominous frown for the terror of juvenile malefactors.  … On occasion he would accept into the school the physically and even the mentally handicapped.  He went to every length to be sure that the former took every part in games that was possible to them, and to see him instructing and helping the latter was an object lesson in boundless tolerance and sheer, uplifting faith.” 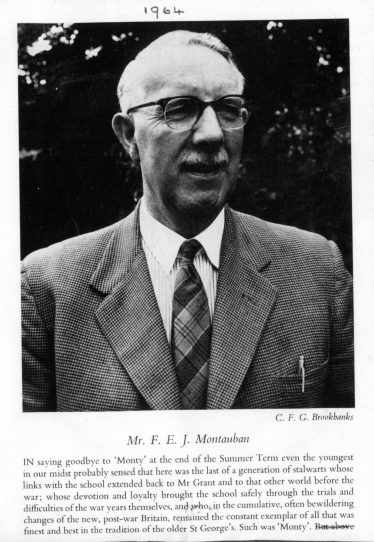 In the same year that the Montauban building was commenced, a younger Montauban was appointed Head of the Lower School. ‘Monty’, as he was known, lived at Briar Edge, Cornwall Road, the adjacent property to Bramble Corner, and was presumably a son of Edward. This has given rise to some confusion, for example in Pam Weatherley’s book, where FEJ was the master in charge of the evacuation in 1940 of a group of pupils to Paschoe in Devon, and the postwar establishment of Grant House. The similarity with Edward is conveyed not only in the pictures we have of both men, but in the description by another former pupil, J.H.Cox:  “He was not just Monty, but dear old Monty. He was always dear and he was always old, even when he was young. Patient, kind, tolerant, warm-hearted, and with a marvellous sense of humour.”

With acknowledgements to Sue Mitchell, archivist at St George’s School, and to staff at the Hall School, Hampstead. 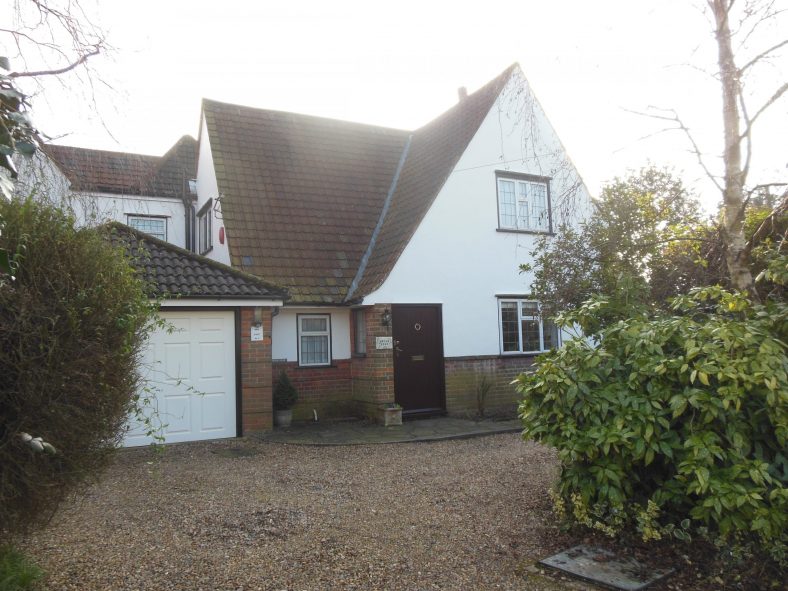 Briar Edge, Cornwall Road , extended since it was the home of F E Montuaban – R. Ross 2015