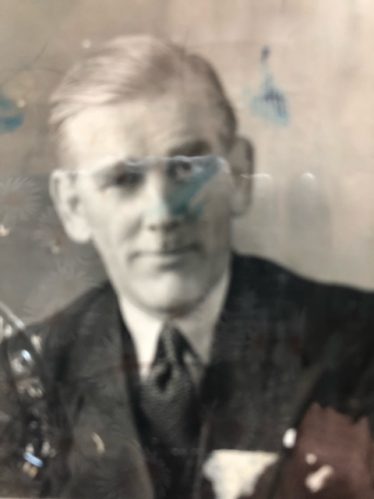 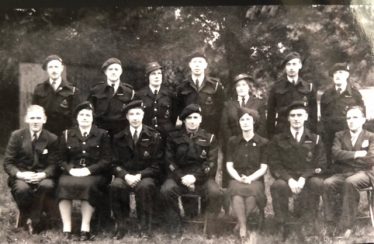 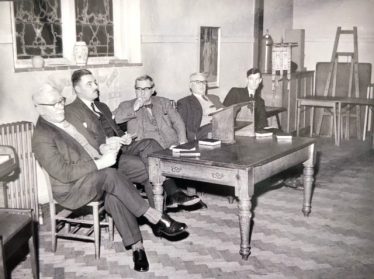 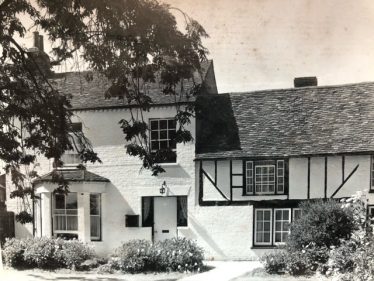 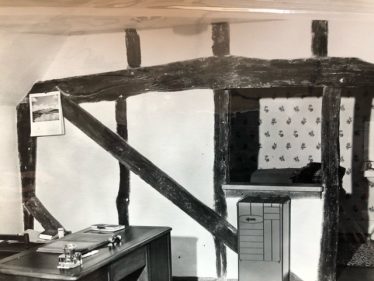 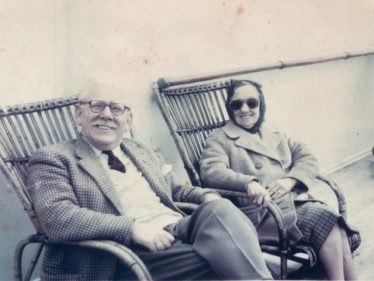 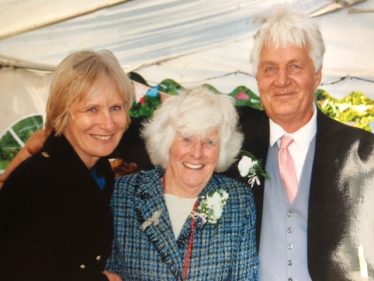 zoom
Anne Dickinson with her daughter Fiona and son Ross, 2020

Dr George Alexander Ross, always known as Sandy, was born in Aberdeen on 19 April 1903 and died at Oxbridge Farm, Oxbridge, Dorset on 29 July 1982.

After qualifying in Aberdeen Dr Ross moved to London and was a houseman in the West London Hospital where he met his future wife Christina MacGregor Fraser who had moved down from Inverness. After marrying in Inverness they moved to Harpenden.

By 1931 Dr Ross was in partnership at 13 Church Green with Dr Hugh Fraser (who was also Harpenden’s Medical Officer of Health) and Dr Donald McLean. This was known as the Scottish practice. Another Scottish doctor, Dr Archibald Pollack Robertson, joined the practice by 1939, but had moved to set up a new practice at 23 Leyton Road (The Elms) by 1952. Around 1962 the practice at 13 Church Green moved to 15 Leyton Road (former Yew Tree Farm), where they were joined by Dr Garwood. Dr Ross is listed at this practice until retiring due to ill health in 1971, and in 1972 Dr A J H de Kretser joined the practice in his place. (Information from Kelly’s Harpenden Directories from 1930 to 1974).

Sandy and Christina MacGregor Ross lived in a bungalow, 2 Browning Road, at the corner with Station Road when first married. They moved to 19 Station Road in 1936, when their first daughter, Anne, was around 4 years old. They rented this house for many years from the Hett family of Aldwickbury before buying it and living there for the rest of their married life.  Christina died suddenly at Christmas 1970 and Dr Ross had a stroke the following spring of 1971. Anne remembers a doctor from Welwyn coming to Station Road when Christine died. During the summer/autumn of 1971 Sandy Ross moved down to Dorset to live with his daughter Anne and George Dickinson. He died there on 29 July 1982.

Anne, was born in 1933 followed by Morag in 1937, then Christine Helen in 1941. Morag died as a baby in 1937, having been born with brain encephalitis and given less than a year to live. Christina had German measles whilst pregnant with Christine Helen, who was born deaf and with a heart defect on 25 February 1941. When Christine was 15 Sir Russell Brock operated on her heart. The operation was a success but sadly she haemorrhaged later and died on 22 January 1955. Anne describes her mother as a very supportive doctor’s wife, making a very happy home for her family, despite these challenges.

Dr Ross was nowhere to be found when Anne was due, so Dr Fraser, the senior partner, delivered her at Miss Debenham’s private nursing home at 12 Clarence Road Harpenden. When Anne had a nasty accident as a girl Dr Robertson (an ex-ships’ doctor) stitched her up her ‘split head’. Anne describes her father as ‘a very conventional GP’ – in contrast to his colleagues?

Anne went to St George’s School, where her father was Chief Medical Officer until his retirement. She remembers frequently calling in at the newly established Red House hospital, where Miss Whaley (her sister’s godmother) was Matron. She remembers many local families, in particular Ronald Fisher’s daughters with whom she played. They lived at 3 Milton Road, whose garden backed onto 19 Station Road.

Later Anne trained as a nurse at St Thomas’s in London and in 1955 she married George Dickinson of Cross Farm, Harpenden. Since his brother Robert was due to take over the farm, George had qualified as a veterinary surgeon and the couple moved to Dorset to set up practice near Bridport, where Anne still lives near to her son Ross Dickinson and daughter-in-law Madge.

Compiled in 2021 from Anne Dickinson’s memories of her childhood in Harpenden, as told to her son Ross* Dickinson and daughter-in-law Madge. Anne and George Dickinson were always visiting Harpenden, as do Ross and Madge since they remain in touch with Ross’s cousins William, Henry and Charles Dickinson. William, being eldest, took on Cross Farm after Robert retired.