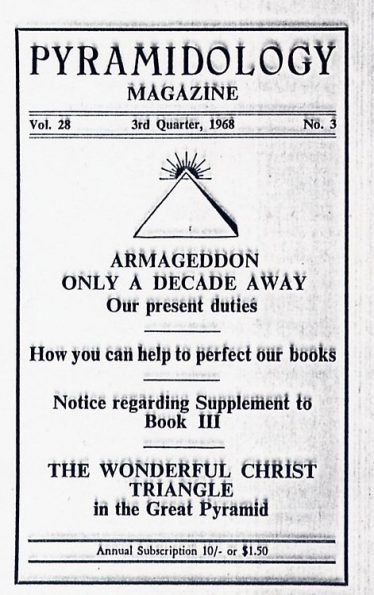 29/31 Station Road became in 1967 the address of the Institute of Pyramidology. It was the home of Adam Rutherford, founder of the Institute in London in 1940, who moved to Harpenden in 1967 and lived here until his death in 1974. Between 1957 and 1972 he published four large volumes devoted to establishing a link between the measurements of the pyramids of Egypt and theories about the Bible and the Lost Tribes of Israel. The present address of the Institute is in Chesham, Bucks. 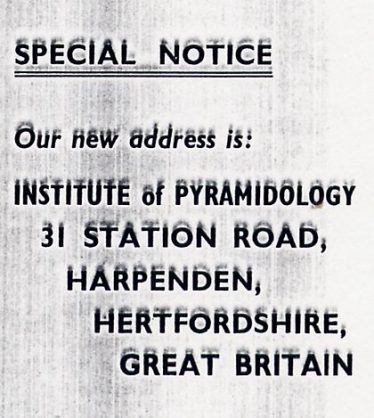 Rutherford belonged to a sect known as the British Israelites, whose origins went back to the 17th century. Revived in 1864 by Charles Piazzi Smyth, the theory was that the West European races, and the British in particular, are descendants of the ten tribes of Israel exiled by the Assyrians. Smyth defined the ‘pyramid inch’ and used this to assert that various measurements taken on the Egyptian pyramids were found to match with some numbers mentioned in the Old Testament, including a prediction of the date of the end of the world in 1881, which had to be revised when the date passed without incident.

Flinders Petrie, who had measured the pyramids with greater accuracy than Smyth, dismissed the whole theory as nonsense, and later research on Bible texts showed that the supposed scriptural references were not relevant. Genetic research contradicted any assertion that the British had oriental origins. Whether there are many surviving adherents to the sect is not clear.

The pyramids have fascinated many people, and the term ‘pyramidology’ includes many fanciful theories, to be found in a number of internet articles. 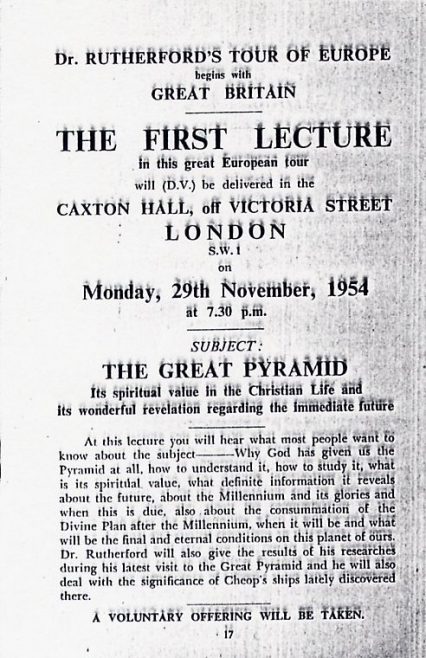 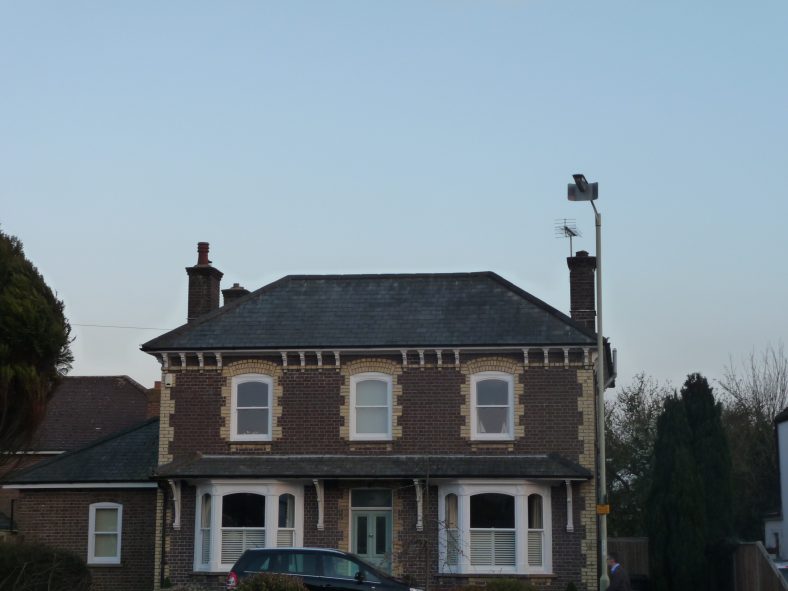 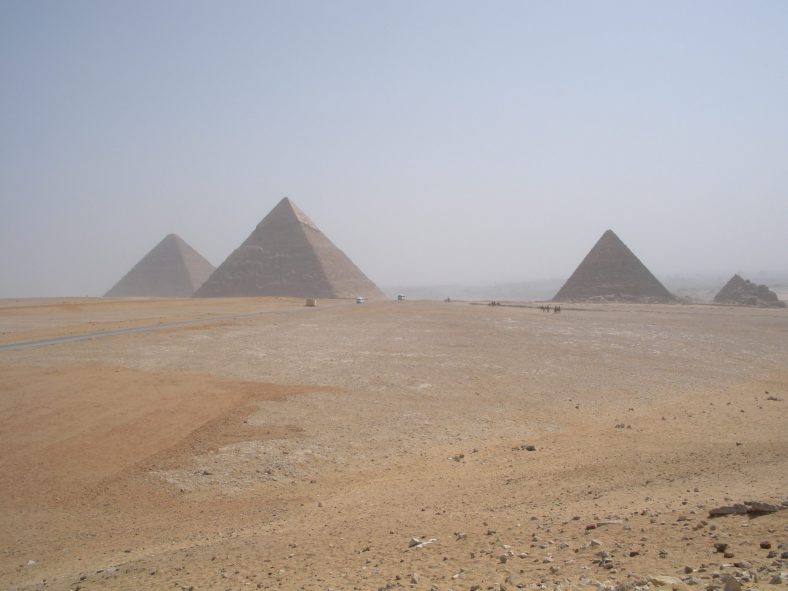