You are here: HomenextHarpenden HistorynextPeoplenextNotable or notorious folk OR Colourful charactersnextThe Spy who is buried in Harpenden

The Spy who is buried in Harpenden

This report was first published in Newsletter 126, August 2015.

Dr John Versey gave a fascinating illustrated talk, to a packed audience which included the Mayor of Harpenden (Councillor Brian Ellis), that sought to unravel the mystery and intrigue of the Dreyfus Affair. 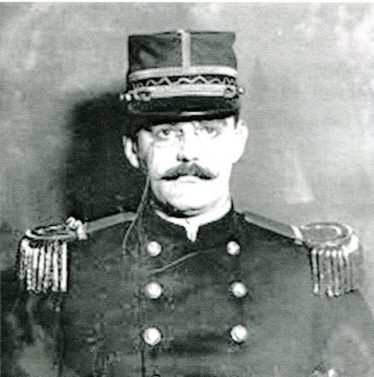 Alfred Dreyfus – victim of the Affair

The Dreyfus affair was a political scandal that rocked France from its beginning in 1894 until it was resolved in 1906. It began with the conviction on charges of treason of Captain Alfred Dreyfus a young artillery officer whose credibility was not helped by the fact he was both Jewish and from Alsace. Sentenced to life imprisonment after allegedly communicating French military secrets to the German Embassy in Paris, Dreyfus was stripped in public of his military rank and sent to the penal colony of Devils Island off the coast of French Guiana where he spent nearly five years in solitary confinement. His conviction was mainly based on a partly destroyed document obtained from the waste paper basket of the German military attaché bearing handwriting claimed to be his.

Evidence came to light in 1896 – primarily through an investigation instigated by Lt Col George Picquart, the new head of counter espionage – identifying a French army major named Ferdinand Esterhazy as the real culprit. This was based on his handwriting linked to the torn document, However, high ranking military officers closed ranks, suppressed the new evidence and a military court unanimously acquitted Esterhazy after a trial lasting only two days. Picquart was transferred to North Africa. The false accusation of Dreyfus and the cover up that followed soon came under scrutiny following newspaper articles and activists putting pressure on the government to reopen the case. Emile Zola’s article ‘J’accuse’ was a catalyst for this.

In 1899 Dreyfus was returned to France for re-trial which resulted in another conviction and a 10 year sentence but he was then given a pardon and set free. Eventually all the accusations against Dreyfus were shown to be baseless. In 1906 Dreyfus was exonerated and reinstated as a major of the French army. He served during the whole of WW1 ending with the rank of lieutenant colonel. He died in 1935. 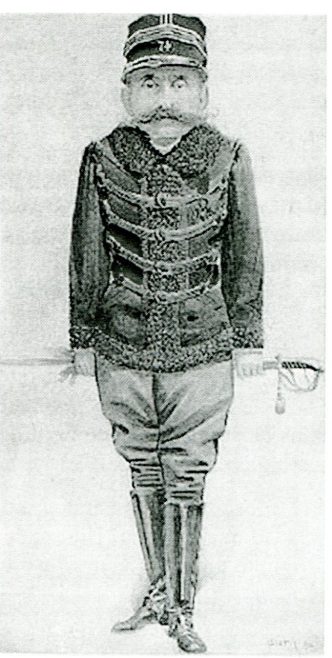 Esterhazy had a shaky start to his career when refused admission to the French military academy in Brittany. However, he joined a Papal guard unit followed by service in the French Foreign Legion and later transferred to the French army rising to the rank of major and serving in the “Statistical Branch” (French military Intelligence). He benefited from legacies to him by his parents and grandparents but his dubious lifestyle soon frittered this away on wine women and song. He then married well benefitting from a 200,000 Franc dowry of which F20,000 was used to purchase a marital chateau outside Paris. The couple had two children. Perhaps predictably the dowry was soon squandered through bad investments and his womanising in Paris.

It was shortly after this that he approached the German Embassy in Paris and offered his services as a spy. Not long after this the torn up hand written document containing military information were discovered. This was the one wrongly attributed to Dreyfus by the military brass in the “Statistical Branch” who later covered up the wrongful conviction of Dreyfus.

After many twists and turns Major Esterhazy finally in 1898 confessed to his crimes and left Paris ending up in London the following year where he is said to have lived in Paddington in a house of ill repute. He moved in 1908 to a B & B at 46 Tennyson Road, Harpenden living with “his wife” under the name of Fitzgerald. He later moved to an address in Station Road (The Elms, 140) and then on to “Holmleigh” 21 Milton Road which he had purchased. It was about this time that he changed his name to Count de Voilemont although this title is quite spurious.

He regularly walked his two dogs on Harpenden Common and seemed to enjoy an income from writing or possibly from the French government (a military pension?) and was known to encash money orders at Harpenden Post Office but their precise source is unknown. At the commencement of WW1 he drew attention to himself by criticising the French government.
He died on 21 May 1923 aged 74 and was buried in the grounds of St Nicholas’ Church where his headstone gives his name as “Count de Voilemont” which was the name that appeared on his death certificate. However, the intrigue that surrounded this man continued even after death with an amendment being made on 16 October 1925 to the name on his death certificate to “Ferdinand Esterhazy”.

Dr Versey concluded his talk by referring to the role played by the Salvation Army in seeking the closure of the prison on Devils Island and reporting that a mysterious young French woman appeared in 1994 asking to see the grave. Her final action was to spit on it!