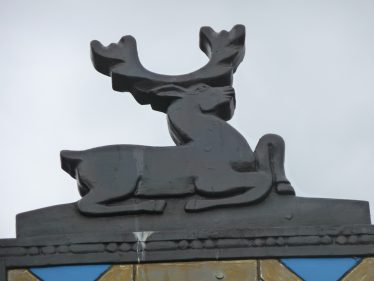 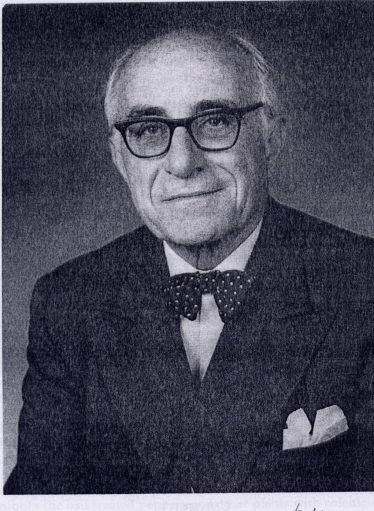 Above the ‘Harpenden’ sign on the Common is a carving of a hart, the work of Basil Kassanis, amateur sculptor and a leading plant virologist at Rothamsted.  His major contributions to the understanding of how plant diseases are spread and can be controlled are of great value to us all.

Born in Skopje but brought up in Greece, he worked first with the Institute of Plant Improvement, near Salonica.  In 1938 he was offered a scholarship at Rothamsted, ‘if he passed a test in conversational English’.  War was expected as he crossed Europe, and he saw Hitler passing on a platform on his way to meet Chamberlain before the Munich agreement.  At first his command of English did not match the Devon accent of Fred Bawden, then head of Plant Pathology and later Director, but he studied hard with the aid of a dictionary.  In 1939 war was declared, but fortunately he was too old to be called up to the Greek army, and on completion of his Ph.D he was offered a full-time post in the department, working with Alfred Kleczkowski, a Polish refugee with a distinguished career ahead of him.

His first researches at Rothamsted were on virus diseases of tobacco and potato (related families of plants), and he learnt about transmission of viruses by aphids from Marion Watson, about the chemistry of viruses from Kleczkowski, and the inoculation of test plants from Hans Kalmus, another distinguished refugee scientist living in Harpenden.  Using this knowledge he showed how to eliminate viruses from potato stocks by meristem tip culture, which in effect was reproducing potatoes from the parts of the seed least affect by viruses until eventually he obtained absolutely clean seed stocks, which were of enormous value to growers in subsequent years.

He later went on to develop the technique known as heat therapy, in which certain viruses become inactive when exposed to high temperatures such as the mid thirties centigrade.  This technique is now routine for a wide range of plants propagated by vegetative reproduction, such as sugar cane.  The next area of research was in producing plant varieties resistant to virus infection, which required understanding of the role of DNA in the host plant.  In 1960 he discovered what he called ‘satellite’ viruses, which multiply only when a plant is already infected by a primary virus.  His later work attacked the problem of how viruses are transmitted by aphids, an important problem affecting the sugar beet crop.

On retirement Kassanis devoted more time to his hobby of creating wood sculptures from interesting pieces of wood found by the wayside, as well as a variety of other materials*.  Brought up in the Greek Orthodox Church he found the Anglican Church less colourful, but he became increasingly associated with St Nicholas in Harpenden.

Meanwhile his Rothamsted colleagues continued work based on the ideas and discoveries that he had made.

He married Jean Matthews in 1952.  They had two children, and moved to 3 Rosebery Avenue.  He was awarded many honours, including the F.R.S. and the O.B.E. but he treasured most the Honorary Doctorate in the Aristotelian University of Thessaloniki.

* An article by Audrey Palmer in Herts Countryside, May 1983, gives more information about his work as a sculptor in wood – copy in LHS archives