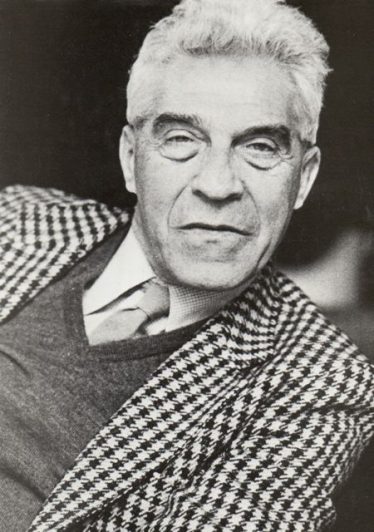 Hans Kalmus (1906-1988) grew up in Prague in the final years of the Austro-Hungarian Empire. Although from a Jewish family he was brought up as a Protestant and belonged to the minority of German-speaking people in the city. At university in Prague he first studied Biology and then changed to Medicine and began research on comparative physiology.

With the rise of Nazism in Germany he was aware of the dangers for anyone from a Jewish background, and when Hitler’s troops marched into Vienna in 1938 he decided to leave Prague and came to England. His wife and two children arrived to join him just two days before the Nazis invaded Prague.

He was fortunate to obtain a grant for refugee scientists and a post in the Zoology Department at University College London. When this Department was evacuated he stayed in London, joining J.B.S. Haldane’s Genetics Department. This was later evacuated, to Rothamsted Experimental Station in Harpenden, and the research group at first lived communally in a large house in Crossway(St Margaret’s). With Haldane, in addition to genetics Hans Kalmus also carried out dangerous experiments on escape from submarines, involving high pressure and different respiratory gases. Hans did fire-watching duty at Rothamsted during the war, and during this time produced his very popular small book on Genetics.

After the war he returned to University College, becoming Professor of Genetics, but continued to live in Harpenden, moving eventually to a large house on Milton Road (no.13). He had very wide research interests, including the genetics of colour blindness and tone deafness. He was also interested in biological rhythms and the behaviour of bees.

He married Anna Rosenberg (Nussy) from Novisad in Yugoslavia. They were married in Prague, and had two sons, Peter and George, born before he emigrated, and a daughter Elsa who was born in England.