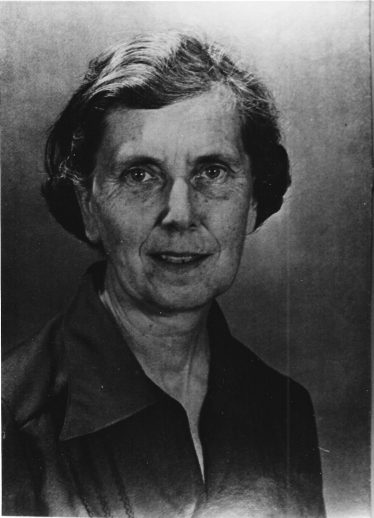 After schooling in London and Exeter, Frances Joan Moore graduated in botany from University College, London in 1940 (then evacuated to Bangor, N.Wales). She wanted to be a plant pathologist, and in 1942 went to Rothamsted Experimental Station, Harpenden, as a voluntary worker, gaining a London PhD in 1945 for work on storage diseases of potato. In 1947 she moved to the Ministry of Agriculture’s Plant Pathology Laboratory at 28 Milton Road, Harpenden, where she was appointed as assistant to W. C. Moore (no relation). She succeeded him as Mycologist when he became Director of the Laboratory in 1949. In 1964 Joan succeeded E. C. Large as Head of the Plant Disease Assessment Section of the MAFF Laboratory, which by then had moved to Hatching Green.

In 1973 she was persuaded to take a senior post in the newly formed Chief Scientist’s Group at the Ministry of Agriculture and Fisheries’ Headquarters in London, managing state-funded research on arable crops and plant sciences – though she hated the journey and the idea of working in an urban environment.

Joan also served on many other committees both before and after retirement in 1981 when she was awarded the OBE. She was an active member of the Association of Applied Biologists, the Institute of Biology (of which she chaired the Agriculture Division), and the British Mycological Society (in which she held various offices, including president, 1978).

She also took part in local affairs and gardening was among her many interests. She joined the committee of the Harpenden Horticultural Society in 1958 and and served on it for 20 years, becoming its Vice Chairman in 1973. In this role she worked with Harpenden Town Council on a conservation plan for the management of Harpenden Common. She was very much an outdoor person and had a lovely garden of her own. She never married and lived for many years with her widowed mother, but died in 1986 after only a few years of retirement.