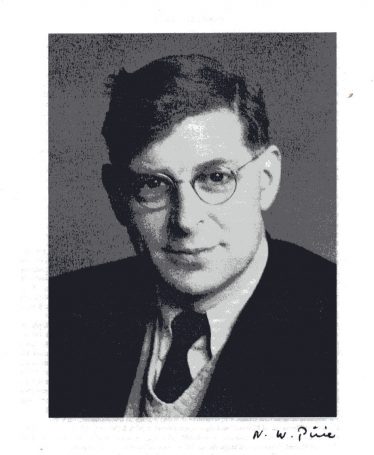 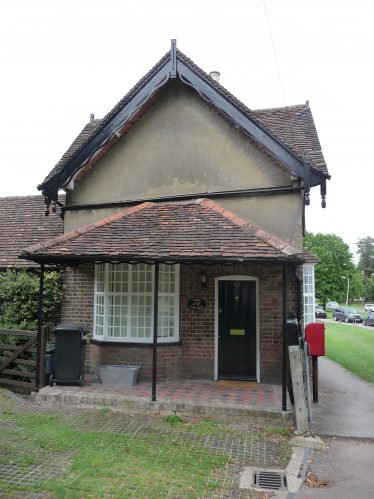 ‘Pirie’s Cottage’ on West Common, is a visible memorial to one of Harpenden’s greatest scientists.  Best remembered for his ‘mechanical cow’ which extracted protein from leaves in an effort to provide more protein nutrients for a rapidly growing world population, he excelled in many fields, and his work on viruses with Bawden led to important developments in the understanding of RNA and genetics.  His wider world view involved him in campaigns for peace, disarmament and environmental conservation.

The son of a distinguished Scottish painter, Sir George Pirie, he spent his childhood in Scotland, and went to Cambridge where he graduated in biochemistry, stimulated by the lectures of Frederick Gowland Hopkins, the discoverer of vitamins.  He worked as a research student under Hopkins along with the refugee Hans Krebs and others who later became eminent in their field.  He met Fred Bawden at the Potato Virus Research Unit, following him to Rothamsted in 1940.  Their early collaboration on potato virus agents was extremely important and influential.

Pirie and Bawden managed to purify samples of virus and obtain their crystallographic structure, but their results were controversial and took some years in convincing rival teams of the true nature of virus material.  He in term took time to accept the work of Crick and Watson in the discovery of the genetic code.  In 1947 Pirie’s team formed a new Biochemistry Department, separate from the Plant Pathology Department under Bawden.

His next phase of work concerned the aim of finding a route to improving world nutrition through the direct extraction of protein from leaves, rather than the highly inefficient route through feeding animals.  Plants such as grass are not directly edible by humans due to the high percentage of cellulose which is not broken down by our digestive system.  He conducted many experiments before finding a method of obtaining a nutritious green liquid, but the next hurdle was to persuade anyone to eat the product.  Indian students were asked to use it in curry recipes which would make it more palatable.  Over the following decades he travelled widely, trying to counter hostility and scepticism in many quarters.  In the 21st century the idea is being revived as the population growth rate is once more expected to exceed sustainable agricultural production.

His interest in the limits to population growth were demonstrated in a 1960 book entitled Four Thousand Million Mouths to Feed, which should now be nearly doubled.  He became interested in hormonal contraception, and encouraged Gregory Pincus to develop the contraceptive pill.  If Pincus was ‘father of the Pill’, he described himself as its grandfather.  He also wrote widely on the origin of life, being particularly struck by the observation that many complex molecules only existed in, say, a right-handed structure rather than its mirror image.  He used competition models to show that in the early stages both forms may have existed, but one form was randomly more successful than the other which rapidly disappeared.   He was responsible for over 400 publications, and also contributed many definitions of scientific words to the Oxford Dictionary.