From Nature, on the centenary of Robert’s death, 20 August 1938 – see alsp https://en.wikisource.org/wiki/Warington,_Robert_(DNB12) 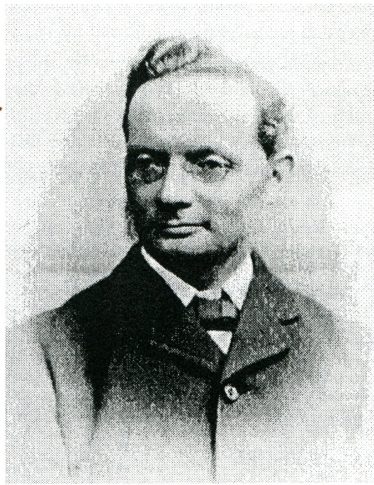 “On August 22 occurs the centenary of the birth of the English agricultural chemist, Robert Warington, who for many years worked at Rothamsted, Harpenden, Herts, and, like his contemporaries, Sir John Lawes and Sir Joseph Gilbert, is buried at Harpenden.

“Warington was the son of Robert Warington (1807-67) the practical chemist who convened the meeting at the Royal Society of Arts on February 23, 1841, which led to the formation of the Chemical Society. At this time, Warington’s parents were living at the Apothecaries Hall, in the City of London, and as a boy he learned chemistry from his father and from the lectures of Faraday, Brande and Hofmann.

“When twenty years of age, he worked under Lawes at Rothamsted as an unpaid assistant; but a year later he returned to London as assistant to Frankland at South Kensington, whence he went to the Royal Agricultural College, Cirencester. It was here that he commenced lecturing on the Rothamsted experiments. Leaving Cirencester in 1867, he became chemist to Lawes’s manure and acid factory at Millwall, but in 1876 returned to Harpenden, where he remained until 1891, publishing many memoirs on the nitrification of the soil.

“Leaving the Rothamsted laboratory, he lectured in America, and after his return home was examiner in agriculture to the Science and Art Department and Sibthorpian Professor of Rural Economy at Oxford, a post he held for three years. He died at Harpenden on March 20, 1907. His most successful work was his “Chemistry of the Farm”, which was translated into several foreign languages and reached its nineteenth edition while he was still alive.”

Service to the community and family life

Robert was did not enjoy robust health, and in 1859 his father sent him into the country for his health, to be an unpaid assistant on Mr Lawes’ experimental farm at Rothamsted. For a year he worked on ash analysis, producing results which influenced the type of manures used on meadowland. He remained in touch with what was going on at Rothamsted and from 1867 to 1876 he was engaged by Lawes to work at his Millwall factory making manures and tartaric and citric acid. He examined and perfected methods of analysis for use in agricultural research into soils and water, and published a number of papers on the nitrification of the soil.

In 1876 Robert moved to Harpenden, joining the small permanent staff at Rothamsted, where Edwin Grey recalled that he worked on the north part of the long bench in the Front Laboratory and used the dark cupboards to store bottles of solutions used in his nitrification experiments. Unfortunately Dr Henry Gilbert resented the employment of this diligent soil scientist and there was a good deal of friction between them.

However, on moving to Harpenden, Robert soon became active in the community, being elected to the committee of the Literary Institute in 1877. He gave lectures on scientific and religious themes, and in 1880 became secretary of the Art Class. He encouraged students to sit for examinations in things such as perspective. He worked with others on securing purpose-built premises for the Institute on land given by Henry Tylston Hodgson. The Harpenden Institute was opened in 1887. By 1900 Robert was one of the vice-presidents. 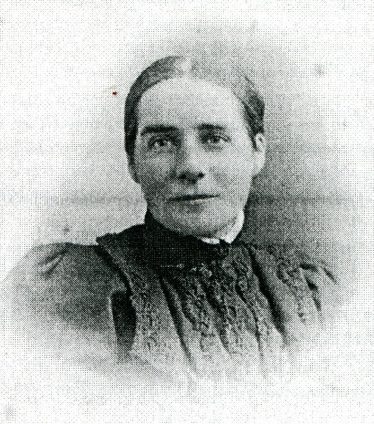 In 1884 Robert Warington married Helen Louisa, third daughter of George and Sarah Makins of Blackheath. He was 46 and Helen was 28. Family records do not note where they lived when first married, but, with the Park View Estate being then developed along the newly laid out Milton road, they bought a large plot and by 1887 High Bank (14 Milton Road) was built. This was a large Victorian family house with a wide hall leading to the dining room, drawing room, study and a cloakroom. Swing doors led to the spacious kitchen, which had a covered way to the coal house. A wide stairway led to a landing with three large bedrooms, a bathroom, dressing room and a warm sunny nursery. A steep staircase led to the attic with four bedrooms where the maids and the older girls slept.

Robert and Louisa had five daughters, Elizabeth (Betty) born in 1888, Margaret born in 1890, Dorothy, born in 1892 and twins, Katherine and Helen (Kitty and Nell) born in 1897. The children enjoyed the large garden, with its large lawn and kitchen gardens where their father grew vegetables, soft fruit and apple, pear and plum trees. He undoubtedly sought advice from his friend Spencer Pickering, who lived at the Granary where he experimented scientifically with apple growing.

Sadly, Helen Louisa died of cancer a year after the twins were born. The twins were sent to live with Helen’s sister Gertrude and her husband the Rev. Charles Longland near Oxford, while the older girls remained at High Bank where they were cared for by their aunt Mary Makins and housekeepers. Robert was distraught and never spoke of his wife again. Four years later, to the quiet consternation of his daughters, he asked if they would like Miss Rosa Jane Spackman as their mother. Rosa was a daughter of Dr Spackman of Bowers House, intellectual, with no idea of housekeeping, buying clothes for the girls, and things did not go well. Betty was sent to boarding school in Bexhill, Margaret and Dorothy were sent to St Hilda’s School in Douglas Road, and then in trun they were sent to boarding school in Staffordshire, where later they were joined by the twins.

in 1907 Robert became ill. The children knew he had been operated on by his brother-in-law Henry Makins, but as they returned to school in the spring term of 1907 they did not know that before the term was over they would be summoned home for his funeral. Rosa Jane pleaded with the girls never to leave her alone, a promise they tried to keep between them until she died in Oxford in 1923.

Information has been drawn from “The Warington Family” by Helen Wickham, published privately for the family in June 1997. A copy has been received into the archives of Harpenden Local history Society from the papers of Amy Coburn, who, along with Les Casey, had helped provide local information.