This short biography was written for Wikipedia, and is reproduced here with permission of the author. It was also published in Hertfordshire’s Hidden Heroines (2016) – http://www.hertshiddenheroines.org.uk/portfolio/katherine-warrington-winifred-brenchley/ 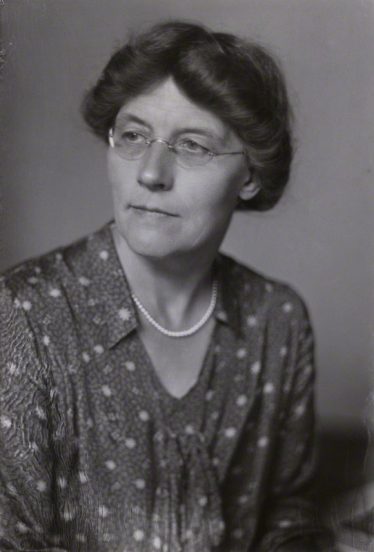 Winifred Elsie Brenchley, an agricultural botanist, was the first woman in the UK to break into the male dominated sphere of agricultural science. She has been described as “perhaps Britain’s leading authority on weeds in the early twentieth century”.

Winifred Brenchley was born in London on 10 August 1883 to Elizabeth Beckett and William Brenchley, a schoolmaster who was once Mayor of Camberwell. Measles in childhood left her partially deaf. She was educated at James Allen’s Girls’ School in Dulwich, where one of her teachers was the well known botanist Dr Lilian Clarke (1).

She attended Swanley Horticultural College for two years, completing her course in 1903. At the school, the new science-based study provided an alternative to the earlier emphasis on practical apprenticeship training, thus opening up male dominated horticultural trades to women. By 1903 the college was only taking women students, with the aim of providing suitable occupations for unmarried women. (There was also a growing demand for horticulturalists and agriculturalists in the British colonies and it was felt that women were suited to this role.) Brenchley won the Royal Horticultural Society Silver Gilt medal but gave up gardening to study botany. She received her BSc from University College London in 1905, where she studied under Francis Wall Oliver. She was awarded a Gilchrist Scholarship for postgraduate study for 1906-7 and was awarded a DSc in 1911. She became a Fellow of University College in 1914. 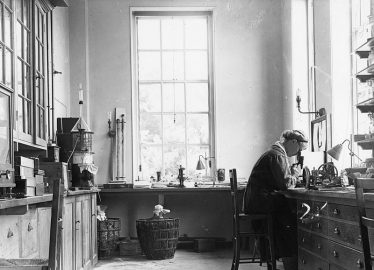 The Gilchrist Scholarship took her to Rothamsted Experimental Station in Harpenden. She was the first woman to work there in the 60 years of the laboratories’ existence, and it was admitted that she was appointed ‘because the funds available would not have attracted a suitable man’. The quality of her work was soon apparent and after a year she became a permanent employee as head of the Botany Department, a post she held until her retirement at 65.

Early on at Rothamsted she demonstrated her technical skills, improving the technique for growing plants in water culture and coming close to discovering the essential role of copper and zinc in plant nutrition, as detailed in her book Inorganic Plant Poisons and Stimulants (1914, revised 1927). Katherine Warington’s discovery of boron’s role as a micronutrient in 1923 and the subsequent investigations into the effects of boron is perhaps the best known work from her laboratory. Brenchley’s other chief interest was in the ecology of weeds and in Weeds of Farmland (1920) she produced the first comprehensive scientific study of weeds in the UK. Her work on the permanent Park Grass plots at Rothamsted resulted in another book Manuring of Grassland for Hay (1924) describing how lime and fertilizers affect the botanical composition of grasslands.

Brenchley was elected a Fellow of the Linnean Society in 1910. In 1920 she became a Fellow of the Royal Entomological Society. She was closely associated with A D Imms with whom she collected in the field. Her main entomological interest was in the Lepidoptera. She was awarded the OBE in 1948, the year she retired.

In retirement Brenchley returned to her gardening. She was also bringing together the vast quantities of unpublished material in her research notebooks, but she suffered a severe stroke and died in Harpenden on 27 October 1953.(2)

Ethel Mary Salisbury (1883-1980), sister of Sir Edward Salisbury, Director of Kew, worked on a voluntary basis as an illustrator for many of Winifred Brenchley’s published papers. Some of her drawings are stored in the Rothamsted Archives, which also house the Annual Reports including Brenchley’s papers. 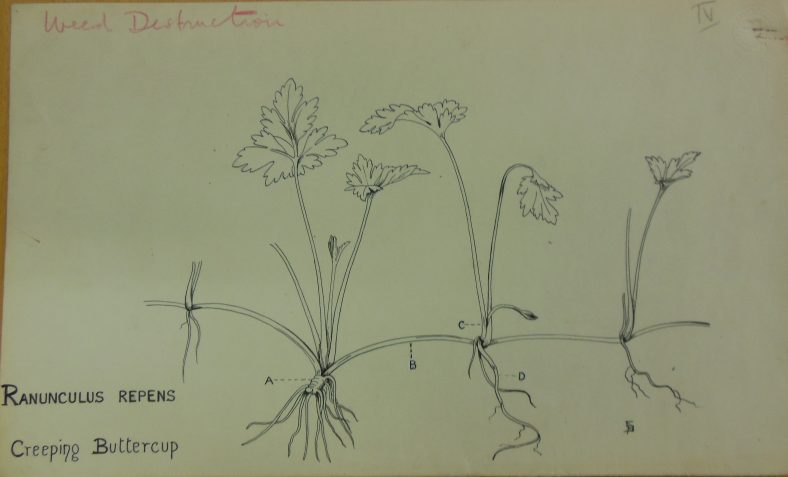 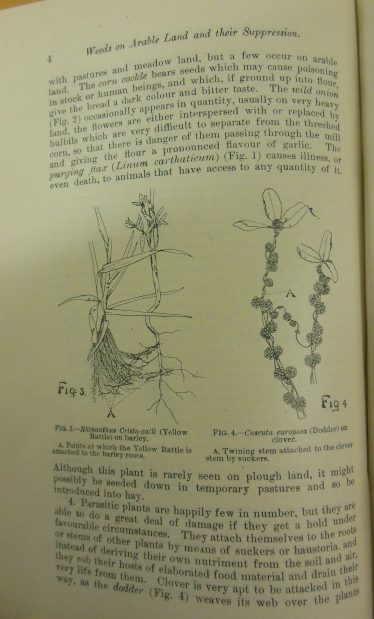 Extract from “Weeds in Arable Land and their Suppression”, p.4 by Winifred Brenchley, illustrations by Ethel Salisbury – copyright Rothamsted Archives 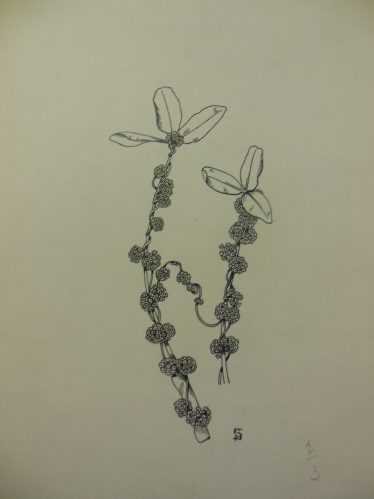 (2) Amanda Thomas, who has researched the Brenchley family of Camberwell, adds:

“… her memorial service on 30th October at St Nicholas Church, Harpenden was well attended. She was cremated and her ashes scattered on the grave of her father and mother at the Camberwell New Cemetery. Her name is not recorded there, but rather lives on at Rothamsted, where her work has paved the way for further scientific study, and is contained in several books and the bound copies of some 52 research papers.” © Amanda Thomas, 2003. http://amadon.org/amanda/brenchley.html