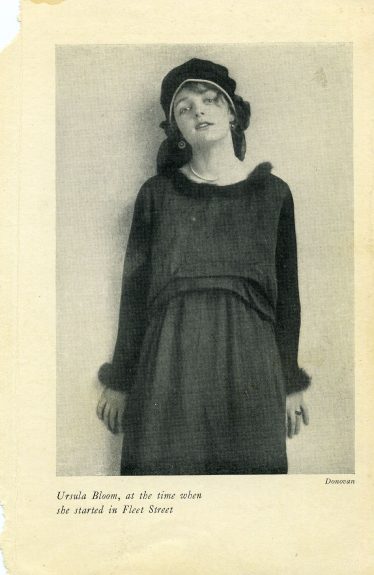 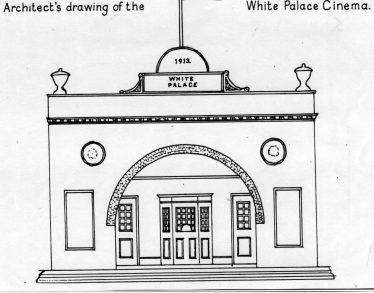 The White Palace cinema opened in the summer of 1913.  Ursula Bloom was employed as pianist.  In one of her memoirs, Youth at the Gate, published in 1959 she wrote:

“The hours were fatiguing.  In pre-war days nobody had any compunction in overworking an employee.  The continuous programme began at half past five, ending at ten thirty.  On matinee days it started at two-thirty.  My hands felt like flat-irons at times, and the only possible refreshment had to be snatched from the piano top whilst still playing with the other hand.

“I worked in that sour-smelling but loveable little cinema where the cottage piano was concealed from the stalls by ill-filling plush curtains and stood so close to the screen that frequently I went dizzy from the proximity of the exaggerated picture.  There was no possibility of escape, for only the National Anthem at half past ten could set me free.”

Her wages were thirty shillings a week (£1.50).  She had to wait an hour for the last train back (11.55pm) to St Albans, where she lived with her mother – the separated wife of James Harvey Bloom, Rector of Whitchurch, Warwickshire – in discreet poverty near The Cricketers.  Each week she hired music from a shop in Holywell Hill, St Albans.

In another of her five memoirs, Life is no Fairy Tale, she describes how she learned the techniques of ‘audience control’ to cope with rowdy Harpenden youths: “it was the duty of the pianist to prevent, as far as she could, any disturbance [from the bevy of boisterous young men, who came to be threepence worth of nuisance] and not to let the threepennies ‘run away with themselves’.  Whenever the tune was familiar, they started whistling gaily, and what a noise they could make when they got worked up!  The thing was almost to encourage them and let them whistle away, and in the middle, suddenly change the tune to something else, rather loudly.  This had the most shattering effect!  I was never the sort of girl who would sit down calmly, and not take action: I encouraged them, and then left them whistling the wrong tune and looking silly.”

As war approached and broke out in August 1914, Ursula was asked to play the national anthems of all the Allies (though she could not find the music for Servia (Serbia).  As one by one the front of staff joined up, Ursula’s job became more and more stressful and she resigned when she and her mother decided to move away from St Albans to Walton on the Naze in 1915.

Ursula Bloom ( 1892-1984) started writing at the age of 5, and published over 500 books in her lifetime, an achievement that once won her recognition in the Guinness Book of Records. As a young woman she worked as a journalist on Fleet Street.  She wrote many of her novels under pseudonyms – Sheila Burns, Mary Essex, Rachel Harvey, Deborah Mann, Lozania Prole and Sara Sloane.  Her work was predominantly romantic.  273 of her books are still available.