A history of 'The Almagam'

Heavy duty hoses made in Batford 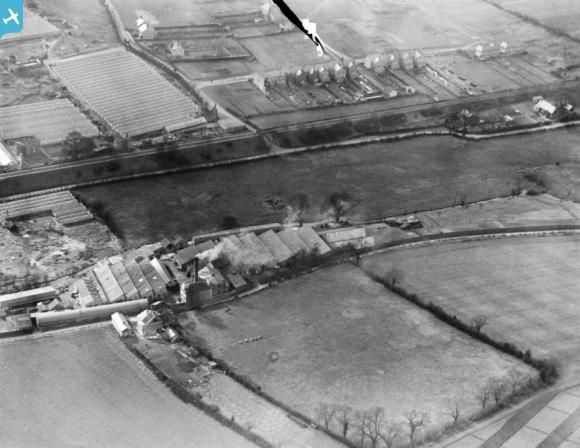 Aerial view of Almagam works, looking from Batford to Ox Lane in the west. Credit: Britain from Above, 1921

Now, in 2015, under development for new housing as Millstone Close, the Pickford Mill site at Batford, between the Lower Luton Road and the River Lea, was for nearly 40 years the home of the Electric Hose & Rubber Co Ltd.  Its earlier history is recorded on this website in an article by Les Casey entitled ‘Water Mills along the Lea’. In 1911 the mill buildings were acquired by Mr Thomas Warwick and adapted to manufacturing rubber products, notably in later decades for the retreading of tyres, the business being known as the Almagam Mills.

For many years after, certainly into the 1960s, well beyond its purchase and subsequent expansion by the Electric Hose & Rubber Company in 1934, it was referred to by the local population as ‘The Almagam’.

A booklet dating from 1963 commemorating the EHR company’s fiftieth anniversary is held in History Society archives. It records that EHR was established in the UK in 1913 as effectively an offshoot of an American company bearing the same name, based in Wilmington, Delaware, whose president was the splendidly-named Cornelius D Garretson. 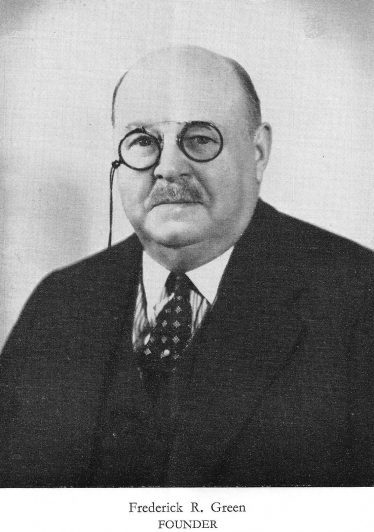 Frederick Ralph Green, himself an American hailing from New York State, was the founder of the UK operation, which in its early years was based in central London, from the 1920s at combined office and warehouse premises in Westminster Bridge Road. From there EHR’s earliest products, comprising mainly rubber hose of different types, were imported from the USA and marketed in the UK and other parts of Europe.

In 1927 the UK government imposed new tariff barriers on imports from anywhere outside the British Empire, which led to a decision by Messrs Garretson and Green to start manufacturing EHR’s hose products in this country. The result was the establishment of a hose production plant at Watford, in a long-empty factory formerly used for making cocoa and chocolate products.

However, the economic depression in the US in 1929, whose repercussions were also felt by EHR in Britain, led to the UK company signing a contract with the owners of the British Moulded Hose Co Ltd to market its products.  Though when that company was sold in 1933, the EHR management team, led by Frederick Green, re-entered the business of hose manufacture. 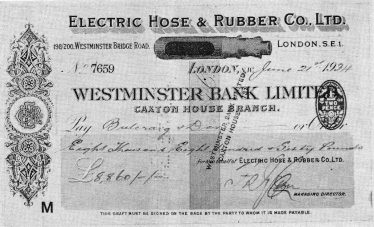 On June 21 1934, the Almagam premises and goodwill of the Batford-based Associated Rubber Manufacturers Co Ltd were bought, for what was reckoned to be a bargain price of £8860, for a factory with a floor area of 50,000 sq ft (4650 sq m).  For many years from that acquisition the Almagam factory was used by EHR to manufacture, in the words of the anniversary booklet, ‘mouldings, mechanicals and ply and suction hose’.

In 1937, new production equipment imported from the USA enabled the company to enter an important new market – for the special woven reinforced hoses required for dispensing petrol at roadside filling stations.

The company had meanwhile retained its original Westminster Bridge Road offices and warehouse. But on the outbreak of war in September 1939, the decision was made to move the London-based staff and the products held there to the Harpenden site.

An important wartime military contract for EHR was for the production and supply of woven cotton and wire reinforced rubber hosing required for the inflation of barrage balloons. 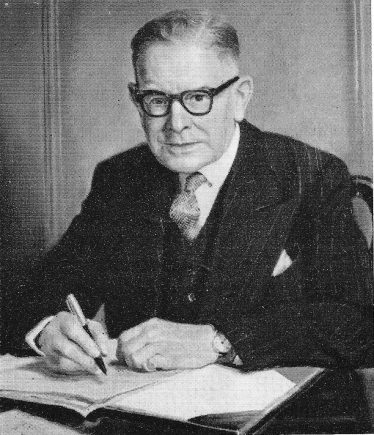 In the middle of the war, in January 1942, the firm’s long-standing general manager George Carpenter died and was replaced by Arthur Moore, a native of the north of England, recruited from the Dunlop Rubber Co Ltd. His drive and energy are said to have reinvigorated the business with the development of new and competitive products, especially high-pressure hoses.

Expansion under directorship of Arthur Moore

Following the end of hostilities, under Mr Moore’s dynamic management, new machinery and additional buildings enabled EHR to expand and modernise. Another Harpenden-based company (dating from 1927), the Holdtight Clip & Coupling Co Ltd, became an EHR associate and together the two enterprises created a successful market for high-pressure hose and matching couplings.

Frederick Green, latterly EHR’s chairman, died in November 1948, in his 88th year. Overwhelming death duties threatened the future of the company as a privately-owned business. But it came through without having to ‘go public’ and in the early 1950s, with Arthur Moore still at the management helm, expansion went ahead on the Almagam site. During the six years following Mr Green’s death, some 20,000 sq ft (1850 sq m) of factory area was added. 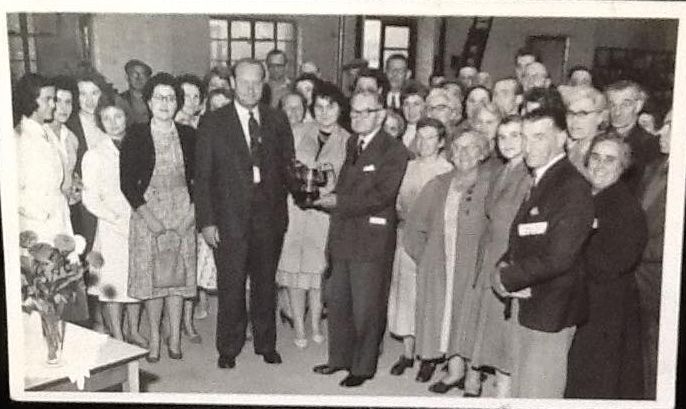 Mr Moore was forced to retire through ill health in October 1959, after 60 years spent in the rubber and associated industry. Frederick Green’s son-in-law Donald Taylor took the reins. He faced tough challenges in the face of ever increasing price competition, brought about in part by worldwide overcapacity in rubber product manufacturing.

EHR’s continuing commercial viability became dependent on increased mechanisation on the Batford site. New equipment was acquired in the early 1960s to speed up production and, as the firm’s 50th anniversary booklet expressed it, ‘to ease the burden of increasing labour costs’ – in plainer language, to shed personnel. Introduction of the new world-leading Spira brand of braided high-pressure hose gave the company an important fresh competitive edge.

Move away from Batford in 1971

In 1971, EHR’s long-standing connection with Harpenden came to an end, when its manufacturing operations returned after 40-odd years to Watford, albeit presumably to a different site. Company records show that the Electric Hose & Rubber Co Ltd is still trading in the UK, with an administrative headquarters at Halesowen in the West Midlands.

After the company vacated the Batford site some 45 years ago it became a multi-occupation industrial estate. That allowed the River Lea millstream and tail race to be filled in, so the river could return to its natural course.

Finally the industrial site was closed for the development of office accommodation at the corner of Pickford Green, and riverside housing at Millstone Way in 2017.

In May 2021 Duncan McCulloch donated an oil painting of his great grandfather, Arthur Moore.

From the anniversary booklet: 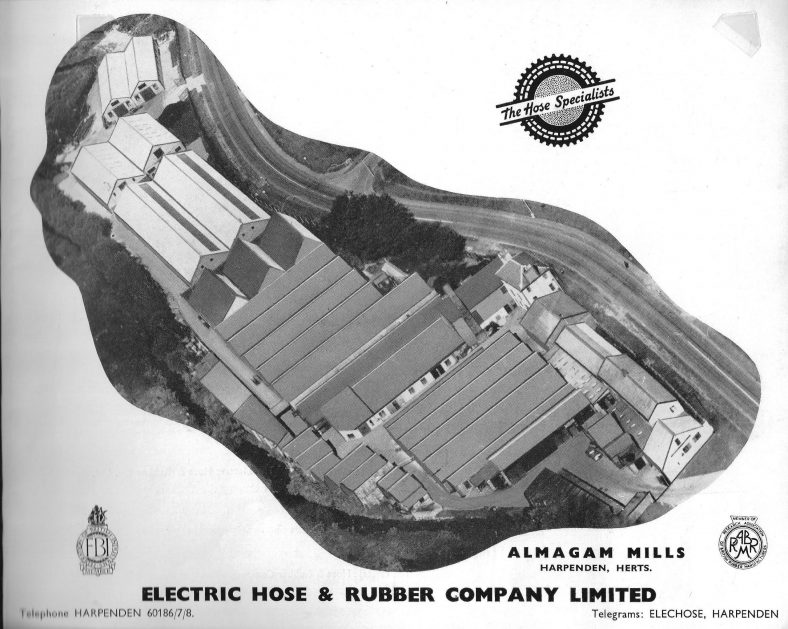 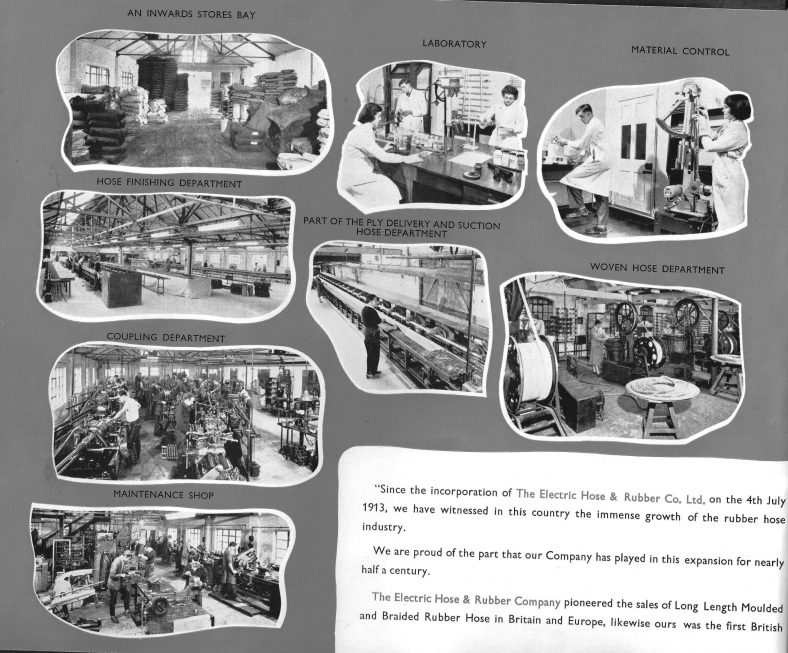 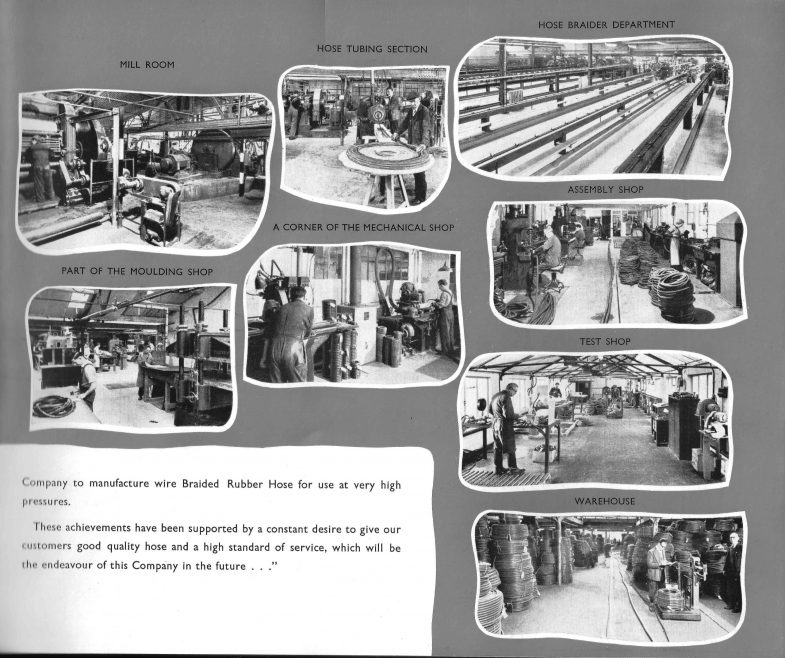 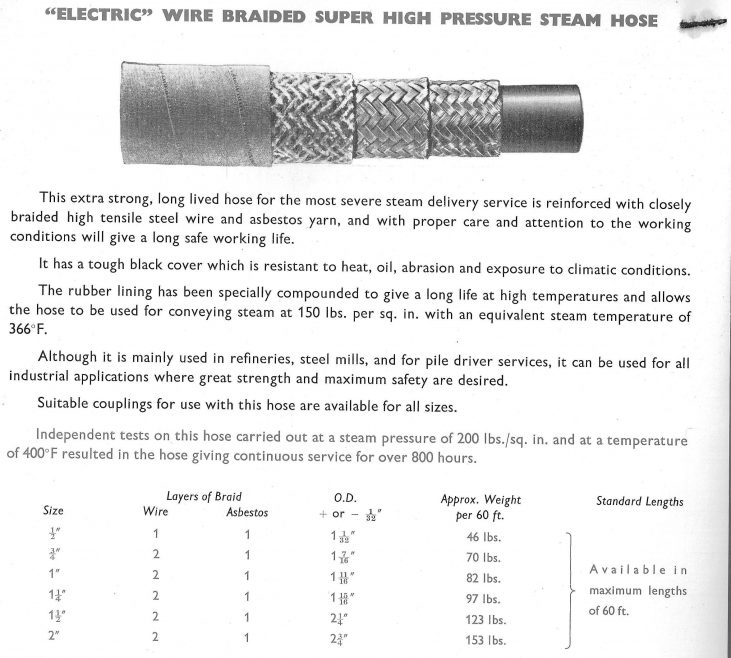 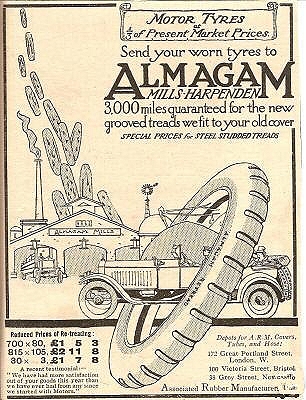 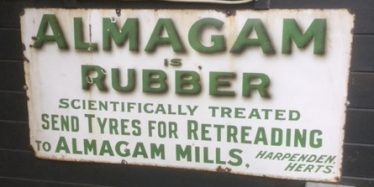