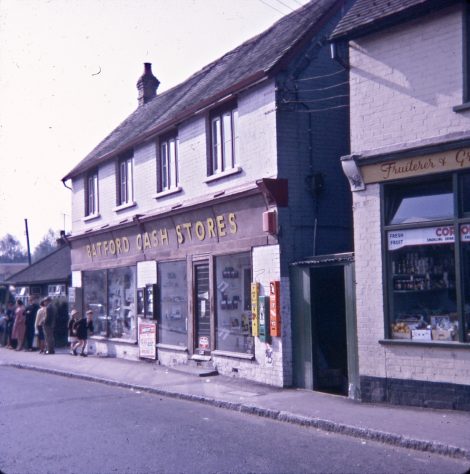 Back in 1936 it was felt there was a need for a community hall in Batford and so a committee was set up with a view to raising funds for one. A plot of land on the corner of Lower Luton Road and Common Lane opposite Batford Mill was donated by local land owner Mr Dolphin Smith (now the site of Lea Springs, previously Leacroft sheltered flats). However, the Second World War intervened and everything stopped, and the money raised thus far was donated to the fund to build a new ward at the Red House Hospital in Carlton Road.

After the war a meeting place was needed even more and so in 1946 Eric Edwards who lived in Lower Luton Road and ran Batford Cash Stores Newsagents revived the fund raising efforts and to serve as a memorial to those who died in the war.

The first idea was for Batford Flower Show held in 1946 in the field off Lower Luton Road where Hill Close now stands, and with Mr Hardy’s house close by, water was available. The third show was held on Saturday 14th August 1948 and was opened at 2.30pm by Mr Gingell, a councillor who could get things done or did it himself and financed it.

Planning permission was sought for a hall but was refused and interest flagged after this. Again Eric Edwards came to the fore in 1956 and the Batford Shows started again as the Batford Flower Show and Fete the following year on land again donated by Mr Dolphin Smith for a church in Station Road near to Coldharbour Lane. They were held on:

In 1959 it was announced that plans for a hall were now real. A lease on a plot of land in the area being redeveloped from the old prisoner of war camp off Common Lane was leased from HUDC in 1960. Local architect Pat Wilson of Salisbury Road designed the building and work started using volunteers and generous donations from local builders’ merchant Douglas Baulk and a lot of hard work by local people digging and on building work.

The first stage opened in September 1961 – Common Room, kitchen and toilets. Mabel Fruen was the first caretaker living within sight of the hall, in Roundfield Avenue and carried on for 17 years until giving up in March 1978. 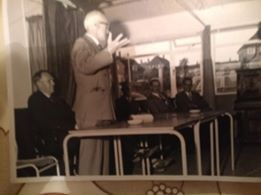 The Second Harpenden Scouts also started building a headquarters alongside the Memorial Hall and both groups assisted each other until the second hall was completed at a cost of £4000 and opened on Saturday 29th August 1964.

Readers of the first draft of this page have contributed photos and memories of the early years: 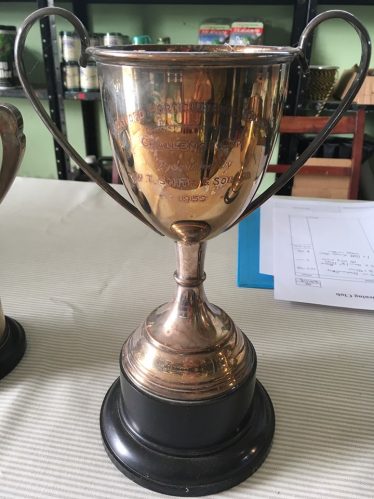 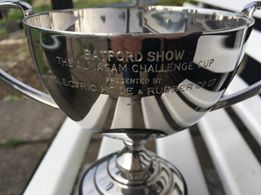 Wendy Shadbolt recalls that “My son and his friend Steve Mayes got 1st prize in the wild flower class in the Batford flower show. Also Batford school had an allotment with Mrs Nettie by the hall: they all had so much fun. That is the Batford we all knew.” (Mrs Joyce Nettie was Geoffrey Ackroyd’s sister) 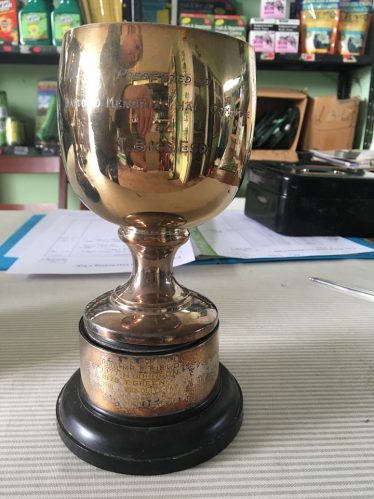 A third cup was presented to Batford Memorial Hall Committee
by T Bigg Esq. The names on the bottom are: 1975 Mr E Field; 1976 Mr E Field; 1977 H(arold) Johnson; 1978 T Green; 1981 Mrs Olive Pay and 1989 Mrs Olive Howe, but it is not clear why they are mentioned. Peter Cain’s father Colin had served in the opening years (see photo above). Pauline Chapman recalls that “My mum was on the original committee along with Rose Goode and several others to raise money for the hall. In later years mum would go round there and do internal painting to try and save the hall funds some money.”

Pauline Chapman, Linda Hill and Sue Andrews remember the youth club, and having their wedding receptions there in 1973 (Pauline) and 1976 (Linda and Sue). Was there a connection?

Ernie Arnold, who was on the committee for some years during the time of the Flower Shows and Fete and maintaining the actual building. “Once it was complete, I ran film mornings on Saturdays that were quite popular (and remembered by Pauline Chapman). I’m very proud that my first attempt (ahem!) at tiling was under the supervision of Frank (?) in the gents toilets!” 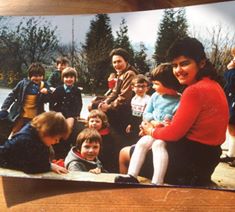 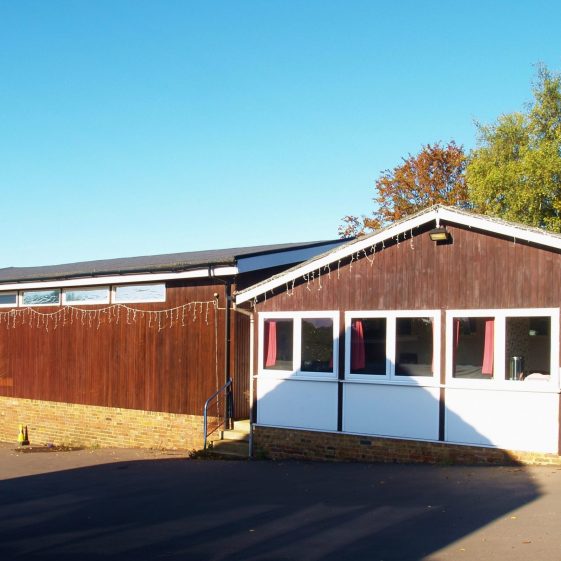 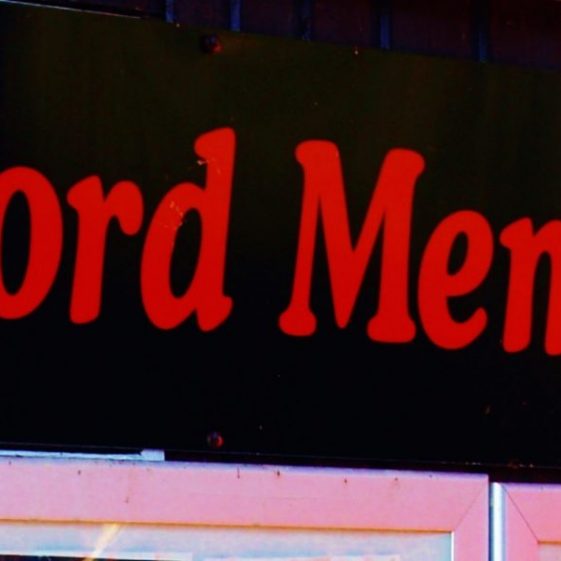 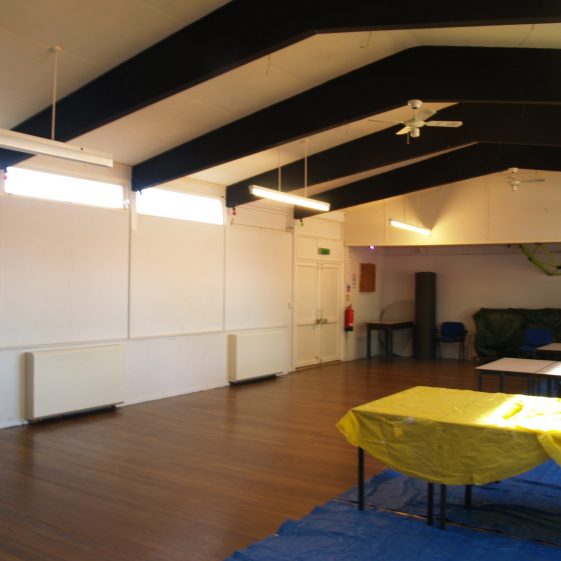 The interior being prepared for an event
John Marlow, September 2019 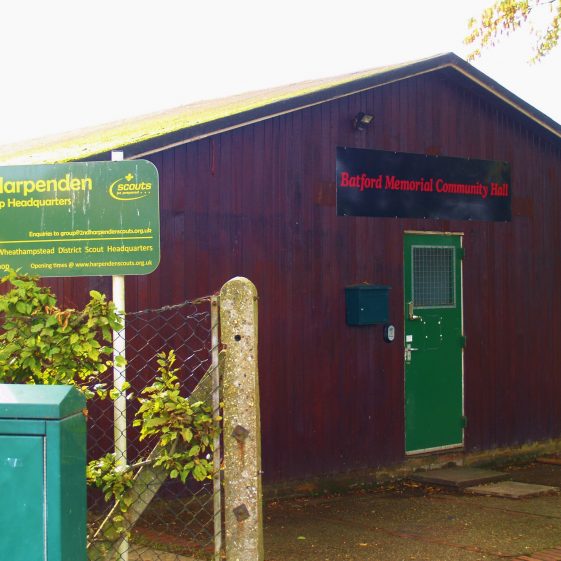