A pool fed with spring water

Before Harpenden gained a swimming pool the Urban District Council constructed a children’s paddling pool at the Marquis Lane playing-field, which opened in 1954. It was fed with spring-water from the old cress-beds. Unfortunately it became contaminated by leakage from the river and had to be abandoned in the late 1950s.

Notes from comments on the Old Harpenden Years Gone By Facebook page in 2016:

“It was really good at first, spent a lot of time down there, but the frogs and newts soon moved in which spoilt it a bit!” – Jacqueline King

“I seem to remember a small swimming cum paddling pool at the bottom of Batford park down near the swings but closer to the tree line. It was surrounded by a chain link fence and an iron frame gate that a chap used to unlock between about 10am till 5pm in the summer months. It was just an old concrete affair which was eventually left abandoned and unused except for us kids collecting frogs spawn which collected their in the late summer. It was of course eventually filled in but it was there way back in the late 1950s” Ron Bourne 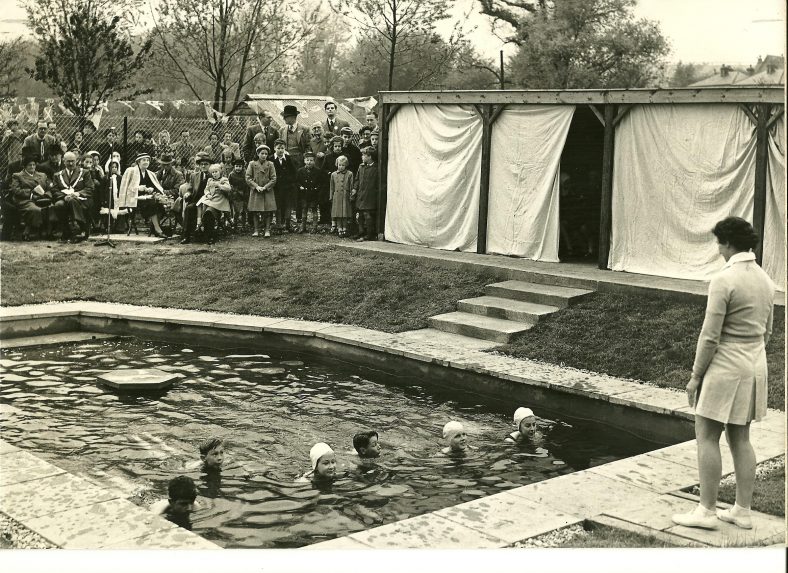 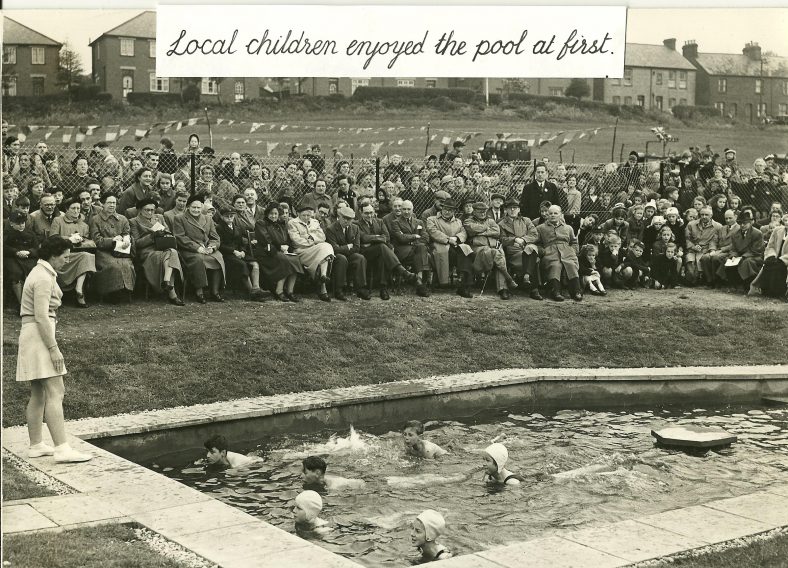 zoom
Children enjoying the pool at the opening ceremony 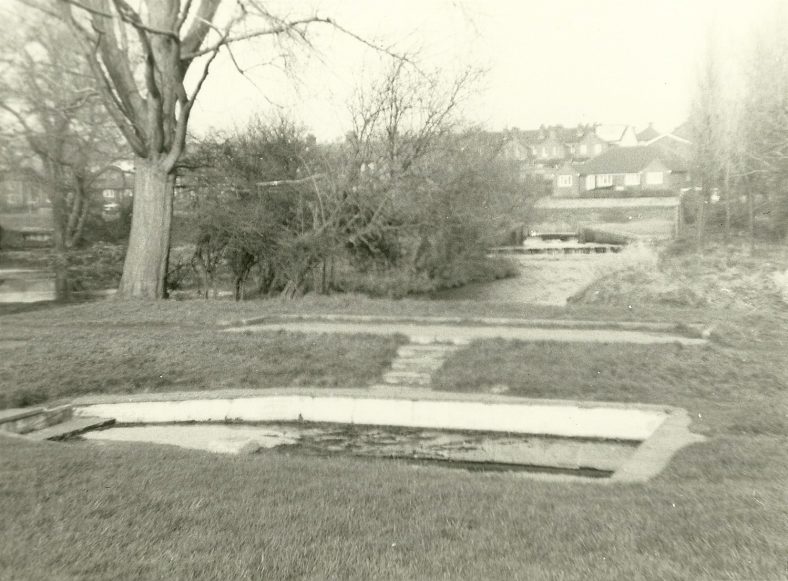