The Lines Family in the Lea Valley 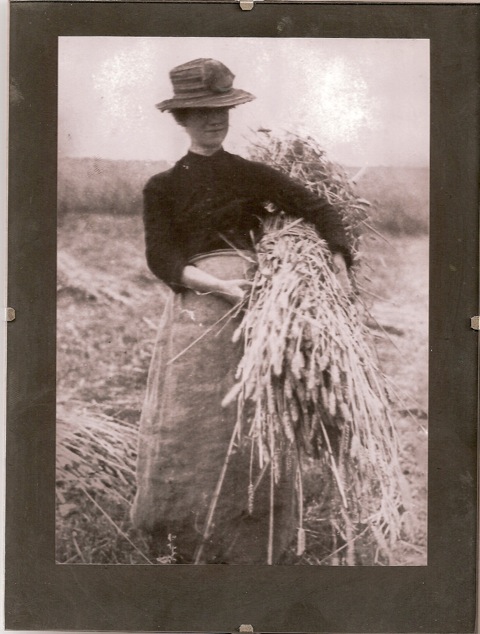 Emily Lines, aged 17, at The Folly

I have this charming photograph of my maternal grandmother, Emily Lines.  Emily was born in St Albans in 1875 and the photograph was taken in 1892, when she was 17, in a field at the Folly, Wheathampstead.

Her parents were Anne and (Alfred) George Lines.  George was born in Sandridge in 1852, the youngest son of John and Anne Lines and worked as a labourer at Turners Hall Farm at one time. Emily, her mother and siblings spent some time in Wheathampstead workhouse but eventually the family obtained a cottage at The Folly, Wheathampstead, and George spent the rest of his very long life there.

He apparently was a local ‘character’ and a well-known local runner and a picture of him hung in the Royal Oak pub opposite The Folly.

Emily had six siblings one of whom was Gertrude, who married George Males (Mayles?) in 1906 and they also lived at The Folly. 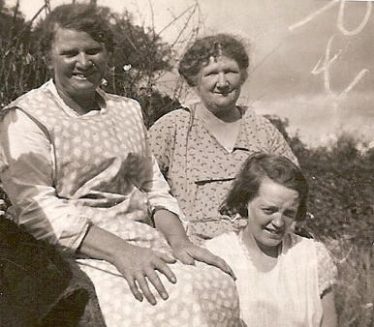 Emily (on the right) with one of her sisters

Emily married firstly John Jones (they probably lived in London as their children were born there).

Emily is seen here (as Mrs Jones) on the right with one of her sisters who also lived at The Folly.

A number of the family lived in Batford.  The Jones family (uncle Albert, Nance and their daughters, Joan and Barbara) lived in the cottages a couple of doors along from The Gibraltar pub on the Lower Luton Road, before, during, and after the war.  Another aunt and uncle, Grace and Bert Parkin and their four girls, lived at 4, Batford Road, just round the corner. 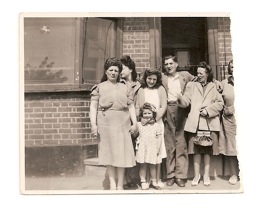 I am the little girl in this photo standing next to my Mum. Albert (Chopper) and Nance Jones are also in the photo.

Sadly, my sister Doreen Martin drowned in the River Lea 24th April 1941 aged just 2.  She was playing in the front garden of the cottages where we lived, a few doors from The Gibralter pub.  Gypsies called at the cottage which we shared with my uncle and his family.  My mum answered the door, but did not have money to buy pegs etc. that the gypsies were selling.  They walked away cursing, leaving the garden gate open!  My sister then wandered through the gate, crossed the road and slipped into the River Lea.  A lorry driver passing by from London saw her and got her out; took her to the Gibralter pub and she was laid on the counter whilst they tried to revive her but she died!’

I would LOVE to hear from anyone who has any pictures, information or memories especially if anyone knows of the whereabouts of the picture of George Lines that hung in the Royal Oak (now a private house).