You are here: HomenextHarpenden HistorynextPlacesnextBatfordnextTribute to Sid Anderson - Quoits champion

Wendy has given permission for this to be copied from the Old Harpenden Years Gone By Facebook page, where it attracted many comments in May 2019.

I don’t know the date of this photo but it is of my grandad Sid Anderson (standing behind large cup) and my great grandad also named Sidney Anderson (seated first left). I am sorry not to know the other gentlemen in the photo. 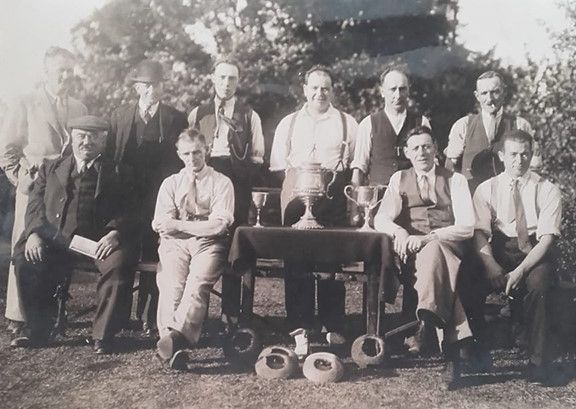 My grandad lived at 7 Batford Road with my nan Rosie and they used to enjoy a drink and a game of darts in the Gibralter pub. He was a fine quoits and dart player. He represented England against Wales in 1949 to make his fifth quoits international. He was captain of Harpenden Quoits Club and took part in a contest between teams when the quoits bed was first opened in Rothamsted Park.

He was also one of the foremost darts players in Harpenden. Apparently this is unusual because a heavy hand is needed for quoits and a light hand for darts. He inherited this interest from his father who was a member of the Old Harpenden Quoits Club. 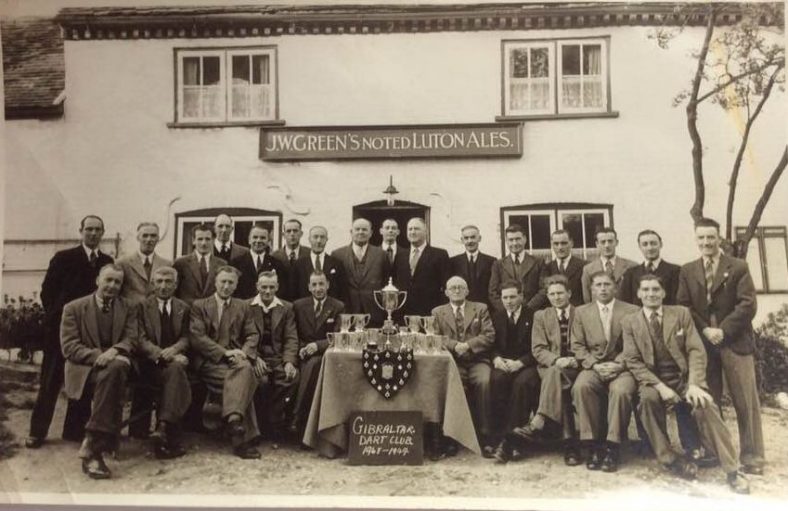 Playing darts Sidney was known to go through a season without defeat and was for a time the singles champion of Luton and District. 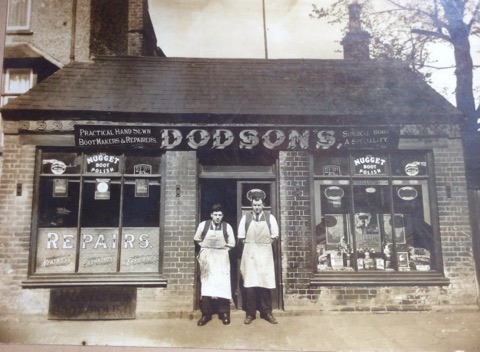 Sidney Anderson (right) outside Dodson’s bootmakers, 38 Station Road. I am sorry not to know the other man. Credit: Wendy Austin family archives

For 25 years he worked in Station Road, Harpenden as a cobbler. [Dodson’s bootmakers are listed in Kelly’s Directories from 1928 until after 1952.ed]

All this was from a cutting I have from the local paper printed after his death. He died so young at age 49 in 1953 when I was only 2 years old so I don’t remember him but am very proud of him still.