You are here: HomenextHarpenden HistorynextPlacesnextBatfordnextWater Mills Along the River Lea

Water Mills Along the River Lea 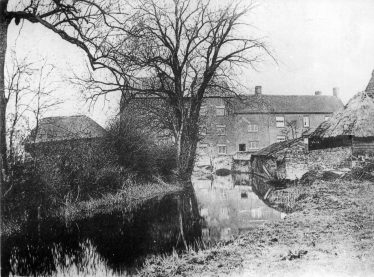 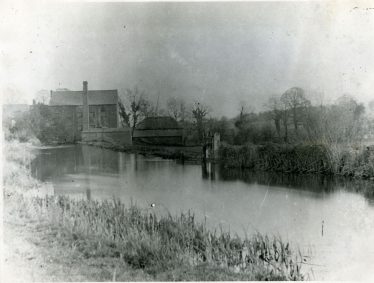 The Domesday Book of 1086 listed four watermills along the River Lea in the Parish of Wheathampstead.  One was in the middle of Wheathampstead village, another at Leasey Bridge, the next at Batford and the fourth at Pickford.  A 17th century document “The Bounds and Perambulation of the Parish of Harpenden” refers to the mill at Hyde, on the border with Bedfordshire.  All these, and their successors on the sites were busily grinding corn into flour.

Hyde Mill, the present building dating from 1835, was the last to grind grain – into meal for animal feed – when it was operated in the 1970’s by Mr Cole.  He was the third generation of the family of farmer millers who had been there since 1880.  The 14ft diameter iron millwheel and much of the equipment there dates from the period.

Pickford Mill had become a paper mill between 1775 and 1851, but then reverted to flour milling, under the tenancy of a prominent Luton Quaker, Mr Brown, whose son Wilfred H Brown was born there in 1869. The flour mill closed in 1897 – when business was diverted to Luton. It was converted by Mr Vaughan Stevens (who lived at The Red House) into a factory manufacturing gutta perch, a rubber latex once used in the manufacture of golf balls, and also for electrical insulation.  In 1911 it was taken over by Mr Thomas Warwick and adapted to manufacturing rubber – the Associated Rubber Manufacturing Co. Ltd – known as the Almagam Mills. In 1934 it was bought by the Electric, Hose and Rubber Company which expanded the premises and the range of products during and following WWII. When it closed in 1971 the millstream and tail race were filled in, the river was returned to its natural course, and the site became an industrial estate.

Batford Mill had long served as a flour mill.  An old barn-like building beside the main gate bearing the date 1762 still survives. In the early 19th century it was worked by Edmund Bates. The Divers family were the millers in the 1850s and 60s. By 1871 it was owned by E Dixon who also had other mills on the River Ver. The Mill and House were offered for sale in 1884, being auctioned at the Peahen Hotel in St Albans on 19th November. They were described as being “held on lease by Rosson and Hunt at a rent of £170 – a repairing lease for 14 years from Michaelmas 1881”.

Steam power came in 1886, and in 1901 it was bought by George Titmus of Wheathampstead Mill. Five Willis brothers operated Batford Mill from 1927 until 1950. They changed its use from grinding flour to making fertiliser from grinding bones and other materials. Their business was wound up in July 1950.

A new firm, Coles Plastics, then took over the building. They made coloured plastic granules, raw material for the plastics moulding industry. Most of the Mill buildings were demolished in August 1954, although the house and old barn by the gate were retained. Since Coles Plastics moved out in 1976, the site has been further developed. The millstream was filled in, its water diverted into the river, with new buildings being erected to form “The Batford Mill Estate” with a range of unrelated industries.