From sheds to Southdown Industrial Estate

My father Ken and Uncle Doug Wilson started their garage business in 1946 when they left the army. They are remembered in Southdown as ‘great characters’.

They were born in the family home at 33 Kingcroft Road next to the Basket Factory – Doug in 1918 and Ken in 1921. Their father, Basil, had fought in the Great War and their mother had worked at the Basket Factory. The boys attended St John’s School and the National School in Victoria Road. During the Second World War Ken served in the artillery and subsequently with a searchlight regiment and Doug in the infantry. Doug was involved with the Narvik campaign in northern Norway in 1940, where he was severely wounded in his shoulders – injuries which never fully healed. He was well known for his “Alf Garnett” approach to life. He was formally trained as a mechanical engineer – skills he brought to their venture on discharge. 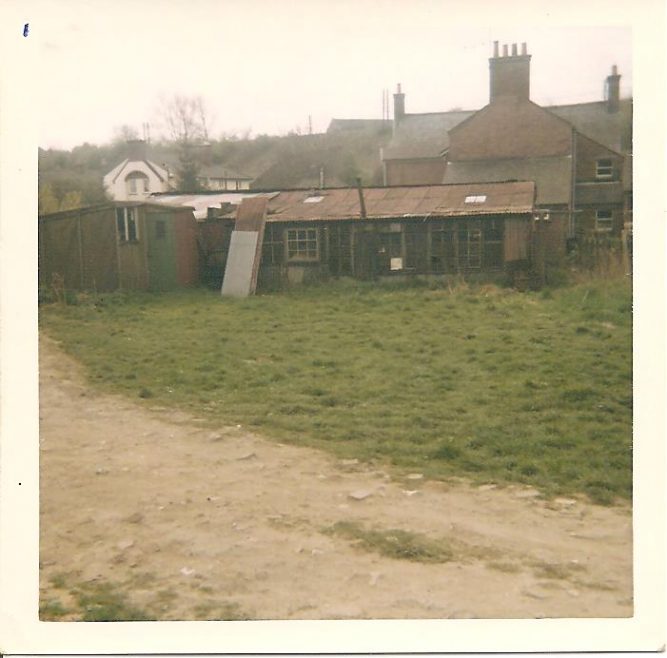 The original garage, on land at the back of the Plough & Harrow. Credit: Peter Wilson

On their return home Basil Wilson gave his two sons £4 between them to help them set up in business. They started by charging accumulators for valve radios, possibly at home, before gathering enough corrugated iron to build the sheds in the field behind the Plough and Harrow pub, with the landlord’s permission. As a skilled mechanic, Doug concentrated on repair work – grinding crankshafts, making parts as needed. He was generally to be found in the pit beneath a car, with his pipe in his mouth. Ken was self-taught, and took on the task of servicing cars, mainly pre-war models. He was the more customer facing of the two of them having clients from a range of local businesses (Colin Wright’s funeral directors, Smurdens’ grocers) and private motorists, many of them from the British Legion. They were the first to undertake MoTs – which started in 1962 for cars over ten years old. They also started trading in second-hand vehicles.

In the late 1960s the Brewery (Watney Mann) insisted they had to move. The old premises were knocked down soon afterwards. However, the Southdown Industrial Estate was just being established in the grounds of the gas works: the gas holders remained until 1987.

Ken and Doug had to cash in their insurance policies and spend every penny they had to build the first unit on the industrial estate in about 1968/69 – a purpose-built garage, where they did good business, until Ken had to retire because his health failed. As a child he spent three months in hospital with diphtheria, and later suffered from bronchitis – aggravated by heavy smoking. However, he was also exposed to asbestos from stripping down brake drums. Dr Whitby told him in 1975 that he must stop work, and he retired from full-time work. He lived until 1986 when he died of heart failure. 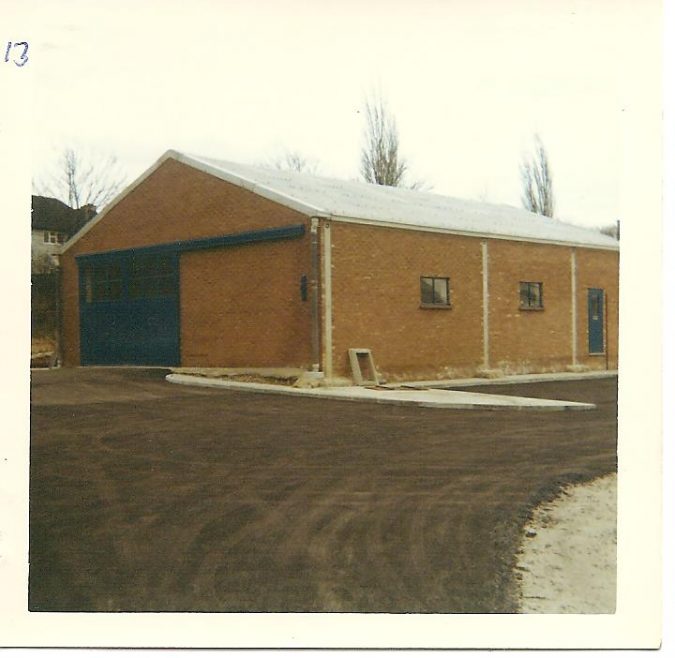 The new garage was the first building completed on the estate in c.1968/9. Credit: Peter Wilson

Doug carried on for a year or two, but eventually decided to close the business down. He found a job working at St Albans City Hospital. However, rather than sell the business, the brothers let their building, first to Oggelsbys and then to other local businesses. Ken’s widow inherited the garage with Doug and it was not sold until 2008 to John Murdock and Richard Green, who own other units on the Southdown Industrial estate.  It is now trading as Harpenden MoT Centre – keeping up a long tradition within the motor trade. 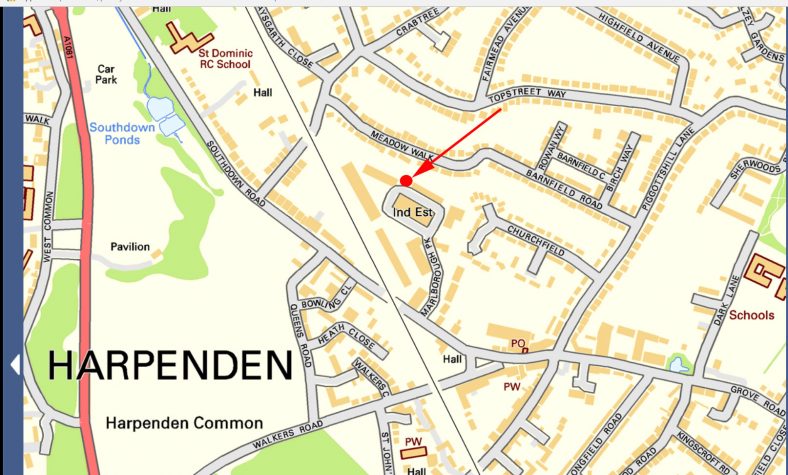