Francis Smith's Memories of Harpenden in 1907 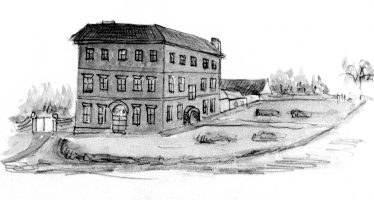 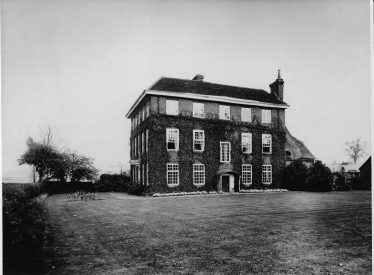 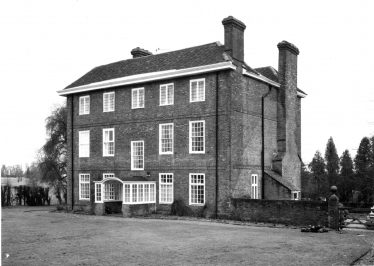 While researching the Mercier family of Harpenden I came across an account written by one Francis Smith who attended the school run by members of that family at Church Green in the late 1830s. The research is ongoing – the editor would be grateful for any information about the Mercier family.

Francis Smith was born in 1834 at Pré Mill House and wrote an account of his family history in 1907. His family emigrated to Canada in 1842 and shortly afterwards moved to the United States. He visited the UK several times in later life.

The following extracts contain references to Harpenden and together comprise only a small part of the account. The remainder covers Smith and Kerl family history and has much of interest concerning St Albans and the Shafford Mill area. It is presented with most of the spelling variations unaltered plus a few notes on points of interest. The full account is attached as a document below.

“My father (i) on August 10th, 1833 married Emma Kerl the 2nd daughter of William Kerl, a retired London leather merchant, who had rented the estate of “Hammonds End,” near Shaffards Mill. […..]

“My childhood was a very pleasant one, spent in rambles about this pleasant country with my pretty, gentle, young mother, and a large New Foundland dog named Hector, and in long visits to my grand-parents at Hammonds End. The first school I attended was that of the Misses Mercier at Harpenden, which my mother and her sisters had attended. Herpenden was a village on the eastern or other side of Hammonds End. The school was a long low ivy clad cottage (ii) close to the church and facing the Green. (See Walks and Talks in Hertfordshire, by W.W. Tompkins) and only separated from Hammonds End by the park of Sir John Laws named Rothamsted. This is the gentleman who later became famous on account of his success in experimental farming, study of soils. Etc.

“I boarded with the Misses Mercier (iii) but went to Hammonds End every week, as I well recall the pleasant walks through the Park with one of the Kerl family or their servants. The Kerl family had also a pew in the church at Harpenden, it was one of the old fashioned high-green-?aise (iv)-walled enclosures, with broad soft seats on which I could sleep, but from which my feet could not touch the floor. It was well filled with high foot stools for the adults.

“On the path through the Park was the cottage of John Turner, one of the gardeners of the estate, who always had a bunch of flowers—I recall particularly primroses and cowslips—for me or for the young ladies of the Kerl family—my mother’s sisters Mary Ann and Louisa.

“I was in the vicinity in 1896, and found at a house at Harpenden end gate of the Park a large oak table, which, I was told, had been a part of the cottage furniture, and obtained by him from Hammonds End.

“About twenty years ago I became acquainted with a Mr.J.Tellitson Hodgson, a director of the Midland Railway, who lived at Harpenden, who said that his wife had been a girl friend and perhaps school mate of my mother (v).  […..]

“Hammonds End was a large, plainly and squarely built, two story, red brick house, with farm steading in front and a flower garden on the other front, with a small, pretty piece of woods and orchard nearby. In this wood my grandfather tenderly buried her favorite dogs when they died. There were several fields belonging to the property, which my grandfather farmed in wheat, etc. The property was rented from a family of Dutch extraction, named Van Antwerp (vi), whose ancestor was a refugee from Holland in the days of the Spanish persecution.

“The house was spacious, substantial and comfortable. I recall its plan, its large parlor, drawing room, kitchen, and its oak stair cases, and particularly the “Dutch tiles” which adorned the fireplaces. After my grandfather’s death this property was rented to my father’s old time friend, William Howe (vii).”

(i) William Smith, born at Shafford Mill in 1790. William was the Miller at Shafford Mill and he and Emma lived at the adjacent Pré Mill House. He had visited New York and Albany before he married.

(ii) The Harpenden Tithe Awards map shows a house and garden (no. 561) owned by William Ainger and “unoccupied, late Mercier’. The property lay on what is now the south side of the junction of Church Green and Rothamsted Avenue, which runs along its northern boundary. Rothamsted Court now occupies much of the site. The southern boundary abutted the row of cottages later known as ‘Batchelor’s Row’.

(iii) The last record of Elizabeth Mercier’s residence in Harpenden is in the 1841 Census and the house was unoccupied in early 1842 (Harpenden Tithe Awards, property no. 561). Francis Smith tells us that he had been at schools in Ramsgate and Fulham for a short time prior to emigration in 1842 so his stay at the Mercier’s would have been in the late 1830s. The Tithe Awards were prepared in the first half of 1842. (see Newsletter 121, page 23).  From researches to date; a John Mercier, school master, was resident in Harpenden, the earliest date recorded being 1790. He appears to have had 5 daughters, three of whom married. The ‘misses Mercier’ were Elizabeth and possibly the Mary Mercier ‘late of Harpenden’ who died at Bromley in 1873, aged 90. John Mercier died in 1825 aged 86. Research so far indicates that members of the Mercier family ran schools in various locations in Harpenden over the years.

Apparently the house called the ‘Welcombe’ (lately the Harpenden House Hotel) was possibly at one time a Mercier-run school. Neither that property nor the one described above fits easily with the description of the property put up for auction in 1836 that was ‘many years occupied by Mrs. Mercier, as a Ladies’ School’. It is unknown whether or not the property actually sold at auction. (see Newsletter 116, page 21).