The White Horse from the 1920s 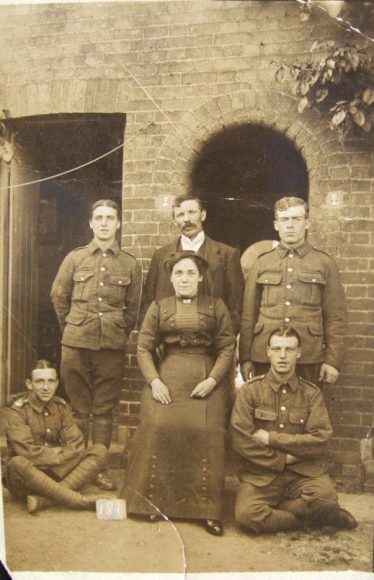 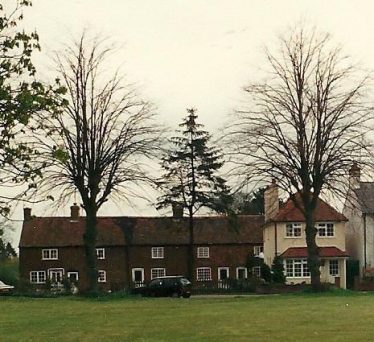 The 5 terraced cottages were owned by Ralph & Florence Halsey who lived in “The Limes”, a detached house occupying the same plot as the cottages numbered 1 to 5.  With them lived Min Halsey & her daughter Beryl who had downs syndrome.  Beryl had a sister, Phyllis married to Ken ex RAF. 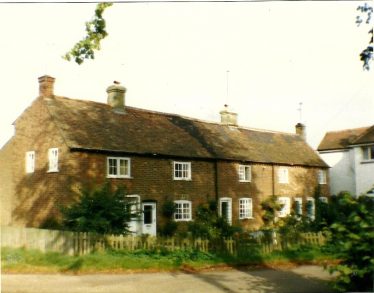 All 5 cottages were “2 up & 2 down” properties with no bathrooms and no electricity.  The toilets (flushing) were in barns at the back of the properties.  Living at No.1 were Philip & Daisy Bates, at No.2 Ted & Violet Field with sons Michael & David, at No.3 Mrs Eaton, and at No.4 Mrs Halsey & her son Frank.

My grandparents had a covered link from their back door through what was really a shed to a sort of utility area with sink and separate WC.  The lighting was gas and the heating/cooking was by solid fuel kitchen range in the rear downstairs room.  No television of course: only a battery radio powered by a wet cell acid/lead battery known as an accumulator.  This had to be charged regularly in Harpenden by someone who collected & delivered.

My Grandfather was unfit for military service having been crippled after being dragged up the common by a run away horse with one foot trapped in a stirrup.

Landlord at The White Horse 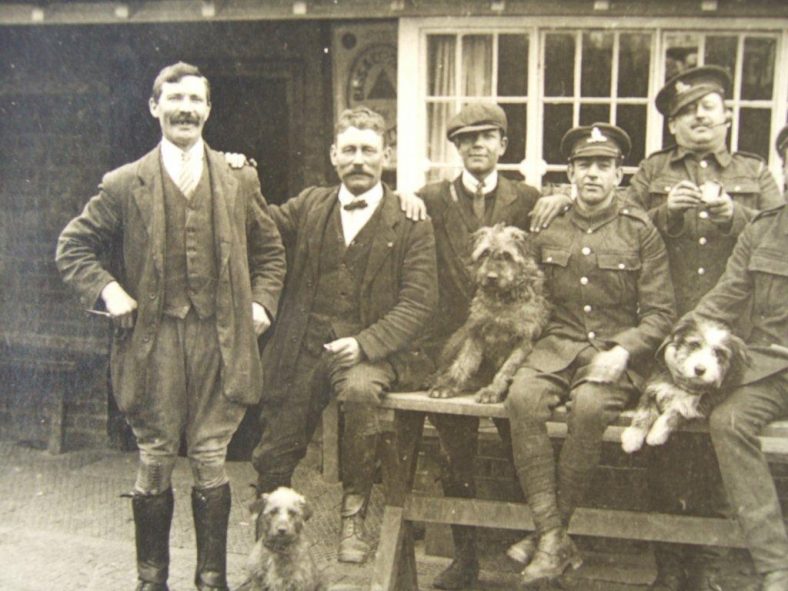 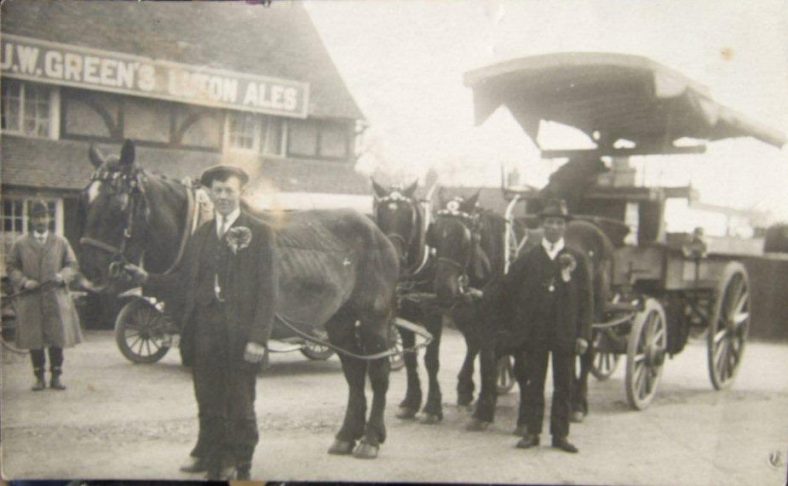 My grandparents ran the White Horse public house from the first world war (1917) to 1929/30.  My grandfather also ran a book & I believe this was his downfall as he incurred considerable financial losses forcing him out of the White Horse.  This is when Ralph & Florence Halsey (see family wedding photo at the end of this page) took over the pub & my grandparents rented the cottage just along the Green.  There was a life long friendship between my grandparents & the Halsey’s. 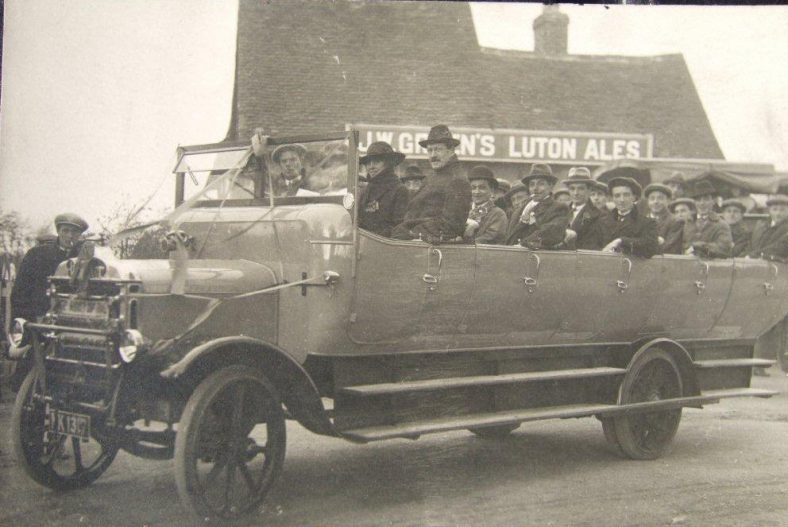 My grandfather died in 1955 aged 76 in the Memorial Hospital.  My grandmother in 1961 aged 81 at home.  There was still no electricity in the cottage and the range was still used to cook & heat the hot water & the home.

A regular at the White Horse – Ernest Heasman

Hanging in the front room were 2 oil paintings by Ernest Heasman both dated 1919 & both depicting the White Horse.

[These paintings were donated to The White Horse by Ian Taylor in January 2016.] 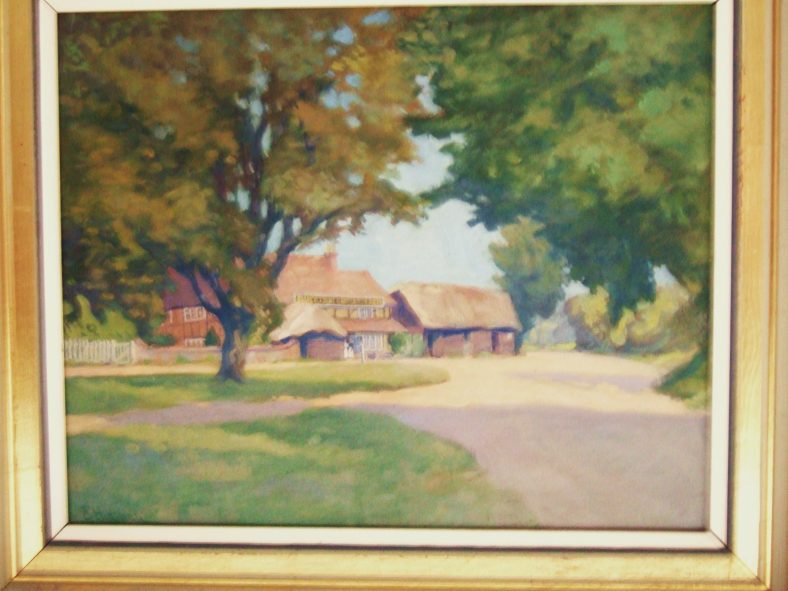 One shows an old barn next to the pub & I recall being told that my grandfather had knocked this down.  The oil paintings may be unique.  The Victoria & Albert Museum who have information on the artist & examples of this work as a stained glass artist did not know he had painted in oils.  There is a set of postcards taken from Heasman’s water colours and dated pre WW1 showing local scenes including the White Horse.

The oil paintings show the brewer as being “Glover Ales” a small Harpenden Brewery taken over by J W Green in 1919.  I believe that Heasman drank in the pub and that the paintings were commissioned by my grandfather. 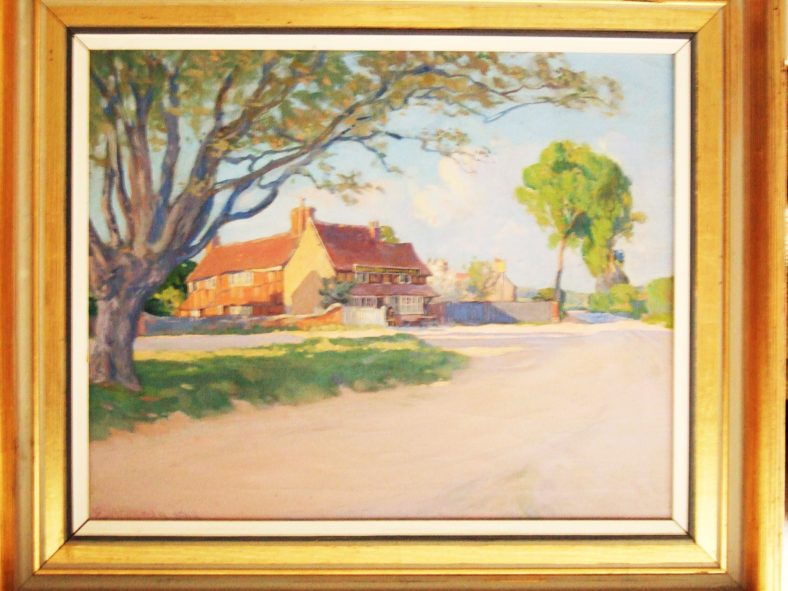 My grandfather’s brother Alfred (Uncle Alf to me) lived at 55 West Common with his wife Gertrude.

Around 1958 I recall my grandmother going every week to the Derby & Joan Club held in a hall near the “skew bridge”.  During the summer I would occasionally cycle from Luton & get tea for her so that it was ready when she was brought back from the Club. I cycled home before dark.

In 1966 I married Hazel and we rented No.3 Hatching Green (Mrs Eaton’s old home) from “Auntie Flo” for £1.25 per week.  I worked for Jarvis in Vaughan Road as a student apprentice heating engineer 1960 to 1967.  We bought a new Vauxhall Viva in 1967 for £640 and kept this in a garage rented from Walter Freeman for 50 pence per week.  Walter was a great character and at 80 was up ladders painting his house.

We did a lot of work on the cottage before we moved in, including waterproofing the brick floor in the front room. We lived there until 1998 when we moved to Ampthill after I went to work for the County Architect in Bedford.

Martin & Jill Hodge married on the same day and they moved into No. 5 Hatching Green – my grandparents old home.  They have become lifelong friends and now live in Wheathampstead. 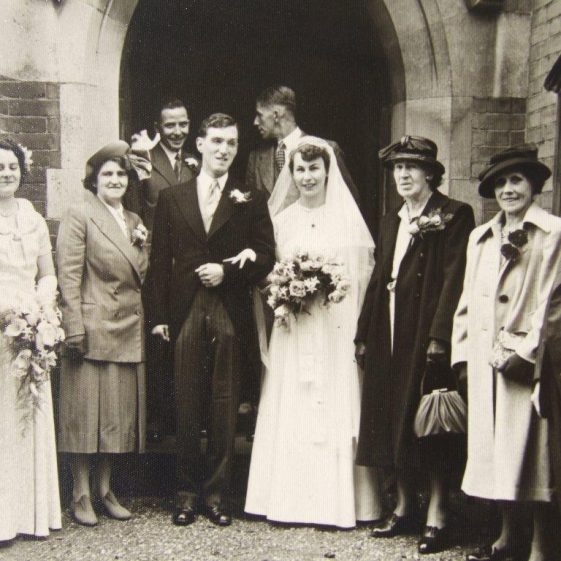