This article was first published in Newsletter 51, February 1990 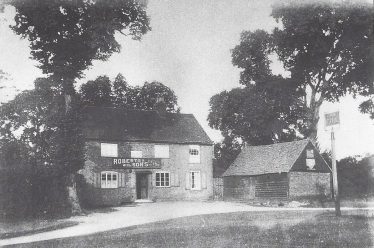 A cart track, almost a lane, ran along the Common behind The Fox to a row of three or four tiny cottages. That half-rotten apple tree is all that is left of their gardens. The cottages were knocked down years ago (after 1955, according to Eileen Haines). Smaller than it is now, The Fox had a neatly trimmed hedge, and a back gate under an arch of clipped holly led into the garden.

During the snow and great freeze of 1963 one poor old horse belonging to the Gypsies was tethered out in the wind and froze to death. For the most part though the caravans were pulled by trucks and ten of them were stuck on the common for about two months. A right rough lot some of the owners were – not at all like the Smith family who used to come with their vans and well-cared-for horses when we first lived here. 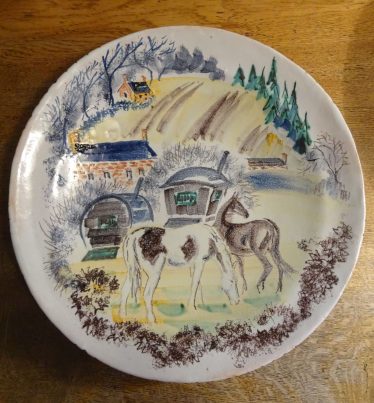 The Smith family was tall and dark and strikingly handsome. I remember that for many years they had a tiny white Shetland pony which was tied at the back of the van or led by one of the women walking with an easy upright carriage, her black hat stuck through with a large hat pin and a voluminous black skirt almost to her ankles. The pony never seemed to do any work – perhaps it was just a pet. They greeted me when I rode by on ‘Sturdy’, my bay pony, and probably added “pony looks well, lady”.

On moonlight nights it was quite eerie when one, and then the whole pack, would start to howl. This would be followed by the most blood-curdling shouts and threats from the huntsman. He lived in the house between the kennels and the stables. And the stables were quite something to see – 20 large, square loose boxes, beautifully appointed, with saddle rooms and storage space for fodder. 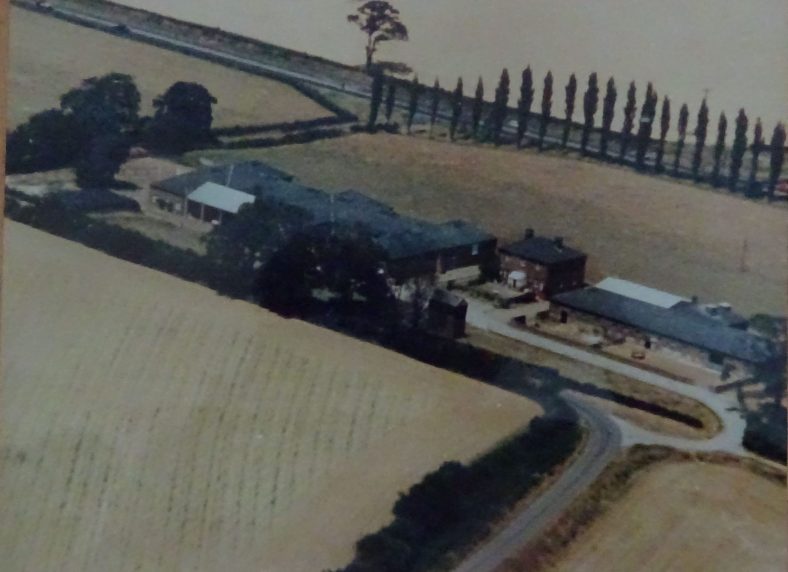 Most mornings, while we were having breakfast, Harry Sewell, the small, cheerful stud groom, would trot by with his string of 15-20 horses, each groom riding one horse and leading one or two others. I loved to watch  Harry lunging or ‘long-reining’ young horses on the common. All the horses loved him and as he walked down the row of loose boxes they would throw up their heads and whinny their welcome. I had a long chat with him and his wife outside their house in Valley Bottom and Cheverells in 1982 – when he was 82, 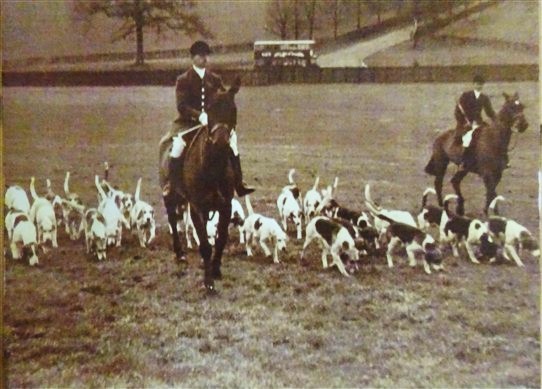 On hunting mornings there would be barking and singing as the lucky hounds were drawn from the pack to go hunting. And on some winter evenings when the ‘Meet’ had not been too far away, it gave a magical effect when, in the dark, the Huntsman sounded his horn to let the Kennelsman know that he and his hungry hounds were near the end of the hack home.

After the war (WWII) the M1 came much too near for it to be safe or practical to hunt in this area any more.