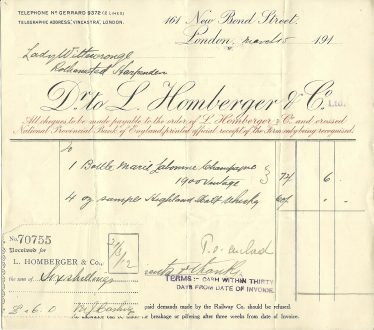 A friend of Harpenden Local History Society spotted a set of bills relating to Rothamsted Manor, bought them and donated them to the Society in July 2012. The originals have been scanned for our local history archives and deposited in the Rothamsted archives.

A similar licence for a servant to Lady Lawes Wittewronge was briefly featured in a Channel 4 programme on Servants in autumn 2012. Licences were only required for male servants, and added to the costs of running big households. The First World War brought many a male servant’s career to an end.

The bills below, dating from shortly after the death of Sir Charles Lawes-Wittwronge, give a glimpse into the good living of the Rothamsted Manor household, the costs of repairs, and particularly the costs of heating both the house and the glasshouses in the walled garden. January and February 1912 were evidently cold months.

The images below are also displayed as a Gallery, to enable viewers to enlarge them.

We would greatly appreciate more donations by well-wishers of items which find their way onto e-Bay, and have strong connections with Harpenden. 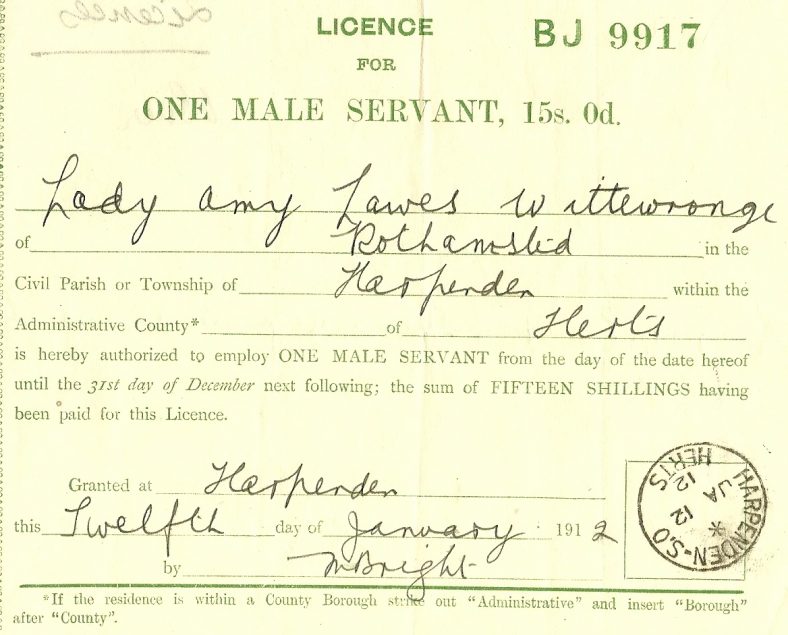 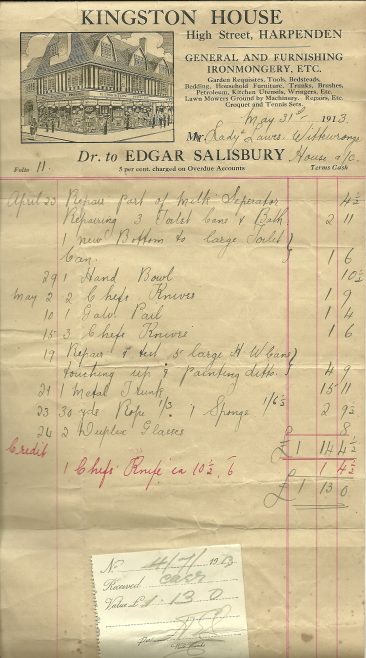 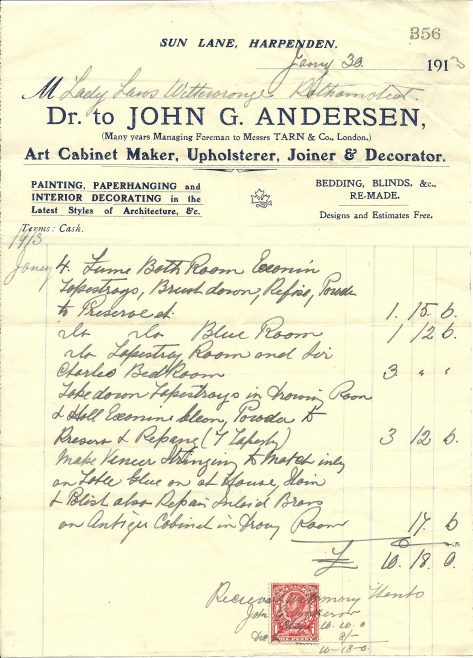 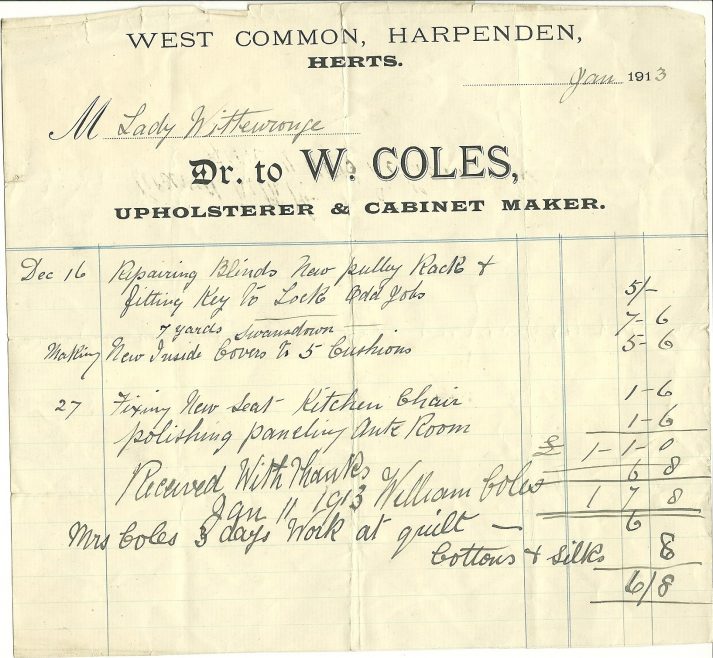 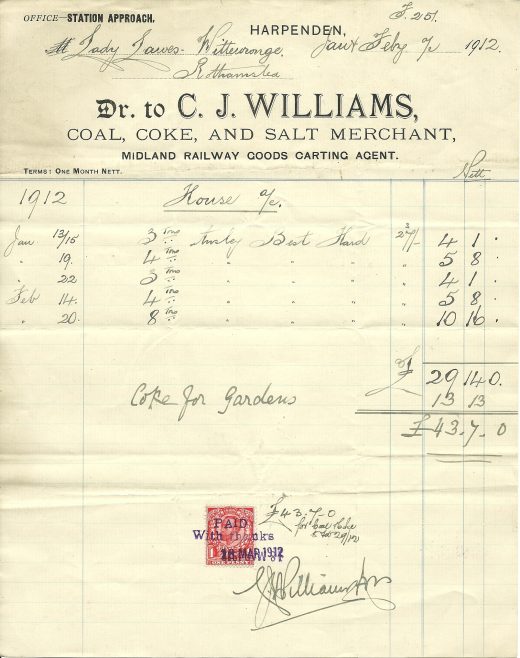 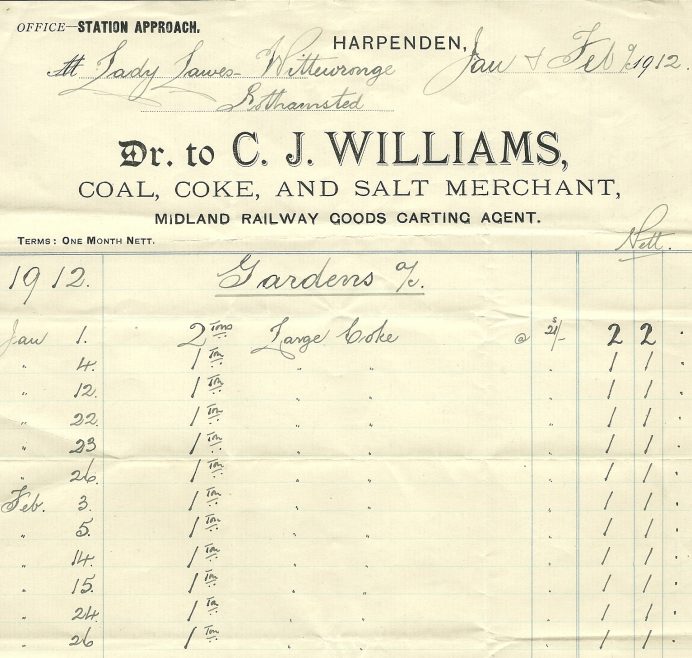 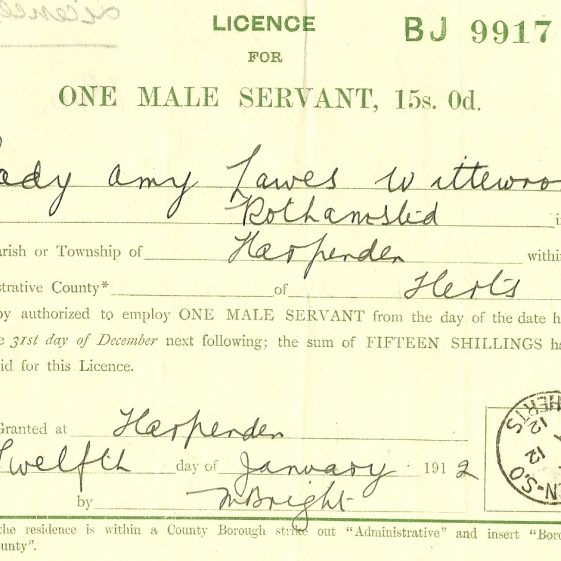 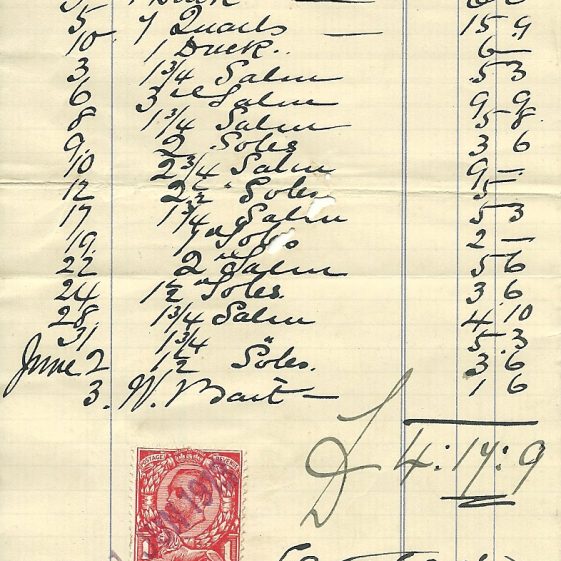 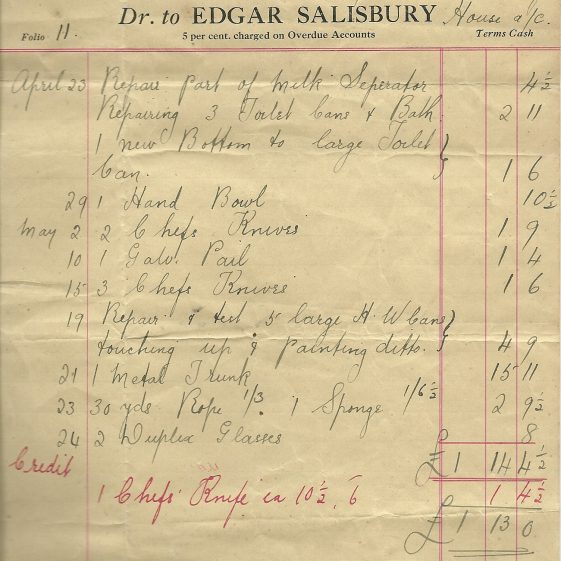 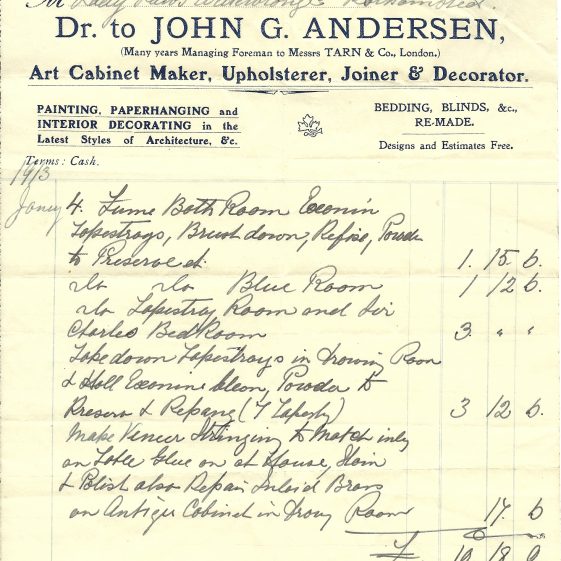 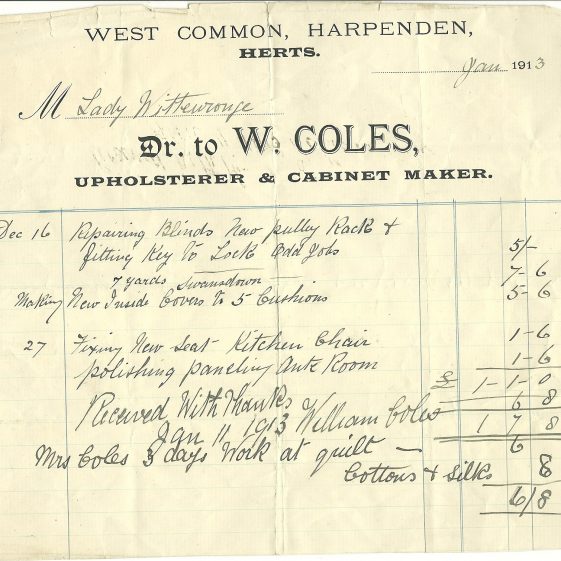 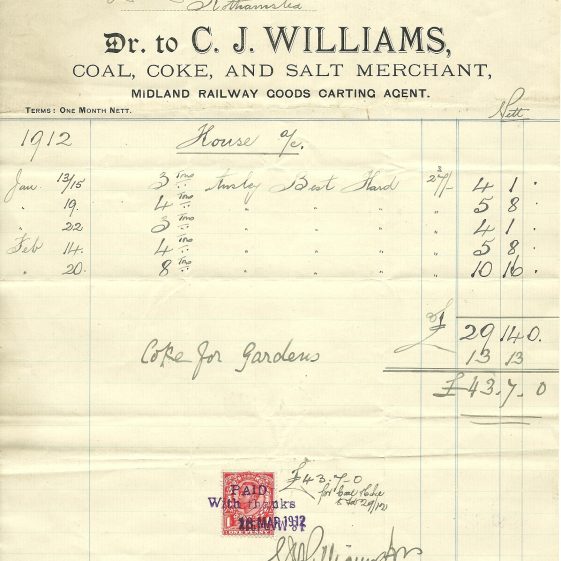 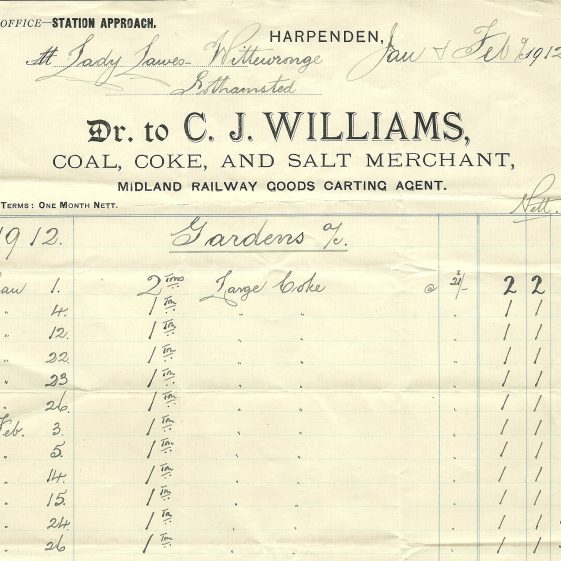